The 9th annual Canal Festival will take place on Saturday, August 20 from 10 AM to 4 PM, rain or shine at Delaware and Hudson Canal Park at Lock 31, Rt. 6, one mile west of Hawley, PA. 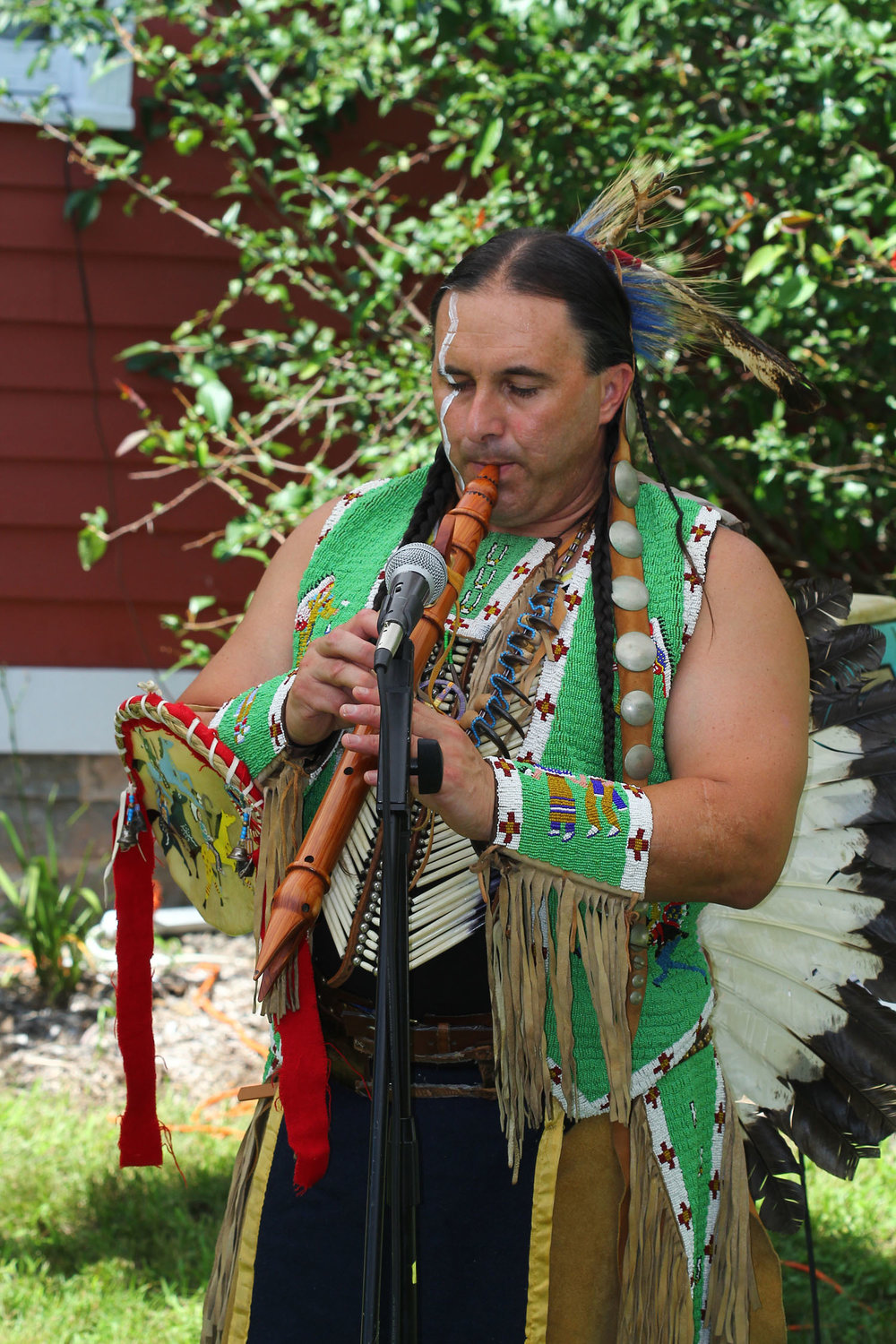 The 9th annual Canal Festival will take place on Saturday, August 20 from 10 AM to 4 PM, rain or shine at Delaware and Hudson Canal Park at Lock 31, Rt. 6, one mile west of Hawley, PA.

Frank LittleBear and his Red Visions Native American Dance Team will perform again on the Living History stage. Frank LittleBear is a lecturer of Native American culture, musician and artist. He has appeared nationally on network television and radio. In 2000 he was invited to the Presidential inauguration in recognition of his work. His performances at 11:30 AM and 1:45 PM will provide an authentic look into the rich heritage of Native Americans by combining legends and philosophies with audience participation in dancing, drumming, stories and music. The festival’s location at Lock 31 has been documented by archeologists to be to a former Native American camp site, so LittleBear’s performances pay tribute to that connection.

The following local authors who have published books relating to the Wayne County history or its natural resources will be signing and selling their books:

Michael Gadomski has been an internationally published professional author/photographer for nearly 50 years. He has produced twelve coffee-table books focusing on local areas. These make wonderful gifts even to yourself. He has returned year after year to this festival, which he says is one of his favorites.

Mike had a career as a PA State Park naturalist and ranger.

John Harvey, Ph.D. wrote, The Stillness of the Living Forest: A Year of Listening and Learning, a book based on a commitment he made to sit for an hour a week for a full year at the same spot along the shoreline of Prompton Lake in Prompton State Park, here in Wayne County. His intention was to deepen his connection with nature and observe the weekly progress of the seasons using all five senses. From 1:00 AM to 1:45 PM he will lead a walk through the Canal Park’s woods and immediately after sign and sell his book until the festival ends at 4:00 PM.

Barbara Lewis will sign and sell her book, Dear Barbara, from 11:00 AM to 2:00 PM. Her book is a history of Bud Lewis&#39; life as lived in Honesdale from 1912 to 1989, told through his letters to his daughter, Barbara, the author. The letters contain news about the area during that time and locals will recognize many names of people in the book.

S. Robert Powell, Ph.D., director of the Carbondale Historical Society and expert on the Delaware and Hudson Canal Company’s gravity railroad, will be selling his twenty-seven-volume set on the same topic and would be delighted to talk to anyone about the gravity railroad. His vast knowledge is the result of many years of diligent research.

Greene-Dreher Historical Society members and authors Diane Smith and Bernadine Lennon will be signing and selling their books, Mills on the Wallenpaupack, One-Room Schools in Greene and Dreher and Greene-Dreher in the Great War.

Festival participants and activities are listed in the following schedule of events:

10:30 – 11:15 Intro to Traditional Folk Music and Instruments by Dave Matsinko.  11:00 until gone Grilled meats and sides for purchase

12:45 – 1:30 Intro to Traditional Folk Music and Instruments by Dave Matsinko

1:00 –1:45 Guided Walk Through the Living Woods with John Harvey

This event is also made possible by a grant from the Wayne County Hotel Tax Fund, in-kind donations from Hunt Signs, Spencer Printing, and Alan Kehoe, equipment loans from the National Park Service and Lock 31’s many volunteers.

More information about the Wayne County Historical Society and its D &amp; H Canal Park at Lock 31 can be found at www.WayneHistoryPA.com, by calling 570 253-3240 and by visiting the Main Museum Wednesday through Saturday, 11 AM to 4 PM.