He was born on December 12, 1838 in Highland Mills, in Orange County, and moved with his family to Sullivan County while still a young boy. He enlisted in the Union Army shortly after the Civil War … 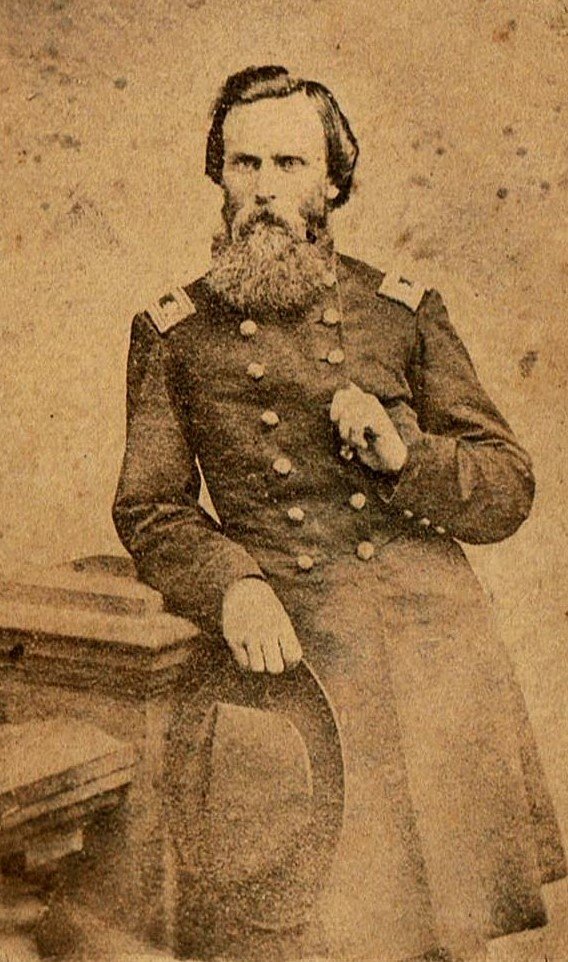 He was born on December 12, 1838 in Highland Mills, in Orange County, and moved with his family to Sullivan County while still a young boy. He enlisted in the Union Army shortly after the Civil War broke out, eventually achieving the rank of Captain. In April of 1865, while serving with Company B of the 86th New York Infantry at Amelia Springs, Virginia, he captured the Confederate flag, and a month later was awarded the Congressional Medal of Honor.

He is William Henry Newman, and along with Thomas D. Collins of Livingston Manor (Civil War) and Francis S. Currey of Hurleyville (World War II) he is one of just three men from Sullivan County to earn that distinction.

According to family genealogy records, William Henry Newman was one of ten children born to Jacob Demarest Newman, a shoemaker, and Elizabeth Wall Newman. Shortly after William was born, the family relocated to Sullivan County, and was living in Callicoon by 1850. Jacob Newman enlisted in the Union Army despite the fact that he was more than 50 years old, contracted malaria while in uniform, and although he survived, suffered from the effects of the disease for the rest of his life. He died in 1891.

William actually preceded his father into the service, enlisting in Company F of the New York 70th Infantry Regiment on June 20, 1861. Military records reproduced on the Maybee Society website indicate he transferred to Company G of the New York 86th Infantry Regiment on June 22, 1864. He was promoted to “Full 1st Sergeant” on December 16, 1864, and to the rank of second lieutenant on February 13, 1865. On April 6, 1865, just a few days before General Robert E. Lee surrendered his Army of Northern Virginia to General Ulysses Grant at Appomattox, effectively ending the Civil War, Newman’s “extraordinary heroism” at the Battle of Amelia Springs earned him the Congressional Medal of Honor.

On May 10, 1865, he was presented with the Medal and the following citation, “The President of the United States of America, in the name of Congress, takes pleasure in presenting the Medal of Honor to Lieutenant William Henry Newman, United States Army, for extraordinary heroism on 6 April 1865, while serving with Company B, 86th New York Infantry, in action at Amelia Springs, Virginia, for capture of flag.”

Newman was promoted to captain just before he mustered out of the service in June of 1865.

William Henry Newman’s youngest brother, Thomas, also fought in the Civil War, enlisting in 1864 with Company A of the 143rd Regiment. Thomas, who was born in Buck Brook in 1845, returned to Sullivan County after the war, and was living near Long Eddy when he died in 1929 at the age of 82.

Despite the demands of the war, William Henry Newman had found the time in April of 1864 to marry the Bavarian born Caroline Driesslein, who was then teaching school at Fremont Center. When the hostilities ended, he returned to their home there, and in addition to running their little farm, also worked as a carpenter. The couple was still listed as living in Fremont Center in the 1880 census, along with their seven children, who ranged in age from one to 14. Although there does not seem to be universal agreement, some sources indicate the Newmans eventually had ten children in all.

Caroline Newman died at home in 1893. Her husband survived her, and was still living in Fremont Center when he died on April 7, 1917. He was 78. There was apparently little fanfare at his passing, and it seems as if none of the local newspapers made any mention of his military service let alone the honors he had received.

William Henry Newman, Civil War Veteran and Medal of Honor recipient, is buried alongside his wife and his mother in the Heavenly Rest Cemetery at the Methodist Episcopal Church in North Branch.