Absentee Ballots cause a stir

Absentee ballots have often made the difference in election results in Sullivan County, and the fact that they sometimes account for considerable controversy is nothing new.

Sometimes it is the …

Absentee Ballots cause a stir 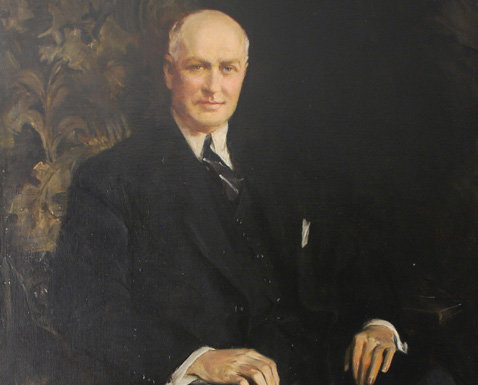 Absentee ballots have often made the difference in election results in Sullivan County, and the fact that they sometimes account for considerable controversy is nothing new.

Sometimes it is the color of the ink used to fill out the ballots, as was the case in a Forestburgh assessor’s race in 1961, sometimes the questionable residency of the voter casting the mailed-in vote; either way, it is not unprecedented for such matters to end up in court, often providing drama that lasts well beyond Election Day.

Perhaps no political race in Sullivan County’s colorful history has had a greater statewide impact than the 1931 contest for the New York State Assembly, and absentee ballots—or more specifically the application for them—played an important role.

William Whittaker, a South Fallsburg Democrat, was the Assembly incumbent in 1931, having won the seat the year before in a contest decided by fewer than 200 votes. His opponent in both races was John T. Curtis of Monticello, owner and editor of the Sullivan County Republican newspaper. As Election Day approached, Republican officials in the county became suspicious of an unusually large number of absentee ballot applications, and asked for an investigation.

Howard Beecher, the chairman of the county’s Republican Committee, was surprised by the more than 1,100 absentee ballots requested in Sullivan that year, and sent a list of 620 names to the state GOP committee, asking that they be investigated for falsely filing an application to vote here. Beecher suspected that Democrats had imported persons registered in New York City to vote in Sullivan County in an attempt to ensure a victory for Whittaker, and retain a key seat in a desperate battle for control of the Assembly.

Such control was particularly crucial that year, as Republicans continued efforts to dismantle the long-standing influence of Tammany Hall on politics, both within and outside of New York City. The so-called Hofstadter Committee, chaired by State Senator Samuel Hofstadter, had been empanelled the year before to conduct what would become widely known as the Seabury Hearings.

“Republican leaders in Sullivan County see the hand of Tammany extended to obtain control of upstate constituencies in its fight for a majority in the 1932 Assembly as a means of snuffing out the life of the Hofstadter Committee in the large number of absentee voters’ ballots that have been issued by election authorities in the county,” the New York Times reported in its October 31, 1931 edition. “Colonization by absentee voters is said to be an entirely new device in political mechanics. According to Republican leaders, it is having its first tryout this year in Sullivan County, where their party is making an aggressive fight to defeat William Whittaker, the Democratic incumbent, a candidate for re-election.”

Republican leaders were wary of the ends to which Democratic State Committee Chairman James A. Farley might go to build up his party’s strength in the traditional GOP strongholds upstate for the important 1932 presidential and statewide elections. They had gathered in Albany during October to discuss ways of counteracting Democratic strategies.

Those strategies notwithstanding, Curtis defeated Whittaker in 1931, and the assembly seat changed hands. Curtis immediately called for amendments to the election laws to safeguard and narrow the use of absentee ballots.

“What has particularly aroused Republican resentment is the reported augmenting of the Democratic vote in the Hudson River counties, especially on the West shore, by means of absentee voters, in many instances enrolled Democrats from Tammany’s own Manhattan districts and from Brooklyn,” the Times reported on December 25, 1931.

“This year when Tammany was fighting to get control of the Assembly in order to obstruct the continuation of the Hofstadter Committee beyond February 1, the first manifestation was seen of what the Republicans characterize as systematic ‘colonization’ by use of the absentee ballot.

“During the campaign, it was disclosed that many seeking absentee ballots were persons who spent three months or so a year as workers at the numerous summer resorts in the Catskills, but for the most part were residents of the city. The Republicans charge that there were instances in which absentee voters had registered from their New York City residences as well.”

With Curtis’ victory in 1931, Republicans were able to extend the life of the Hofstadter Committee and eventually dealt a severe blow to the power of Tammany Hall over statewide politics.