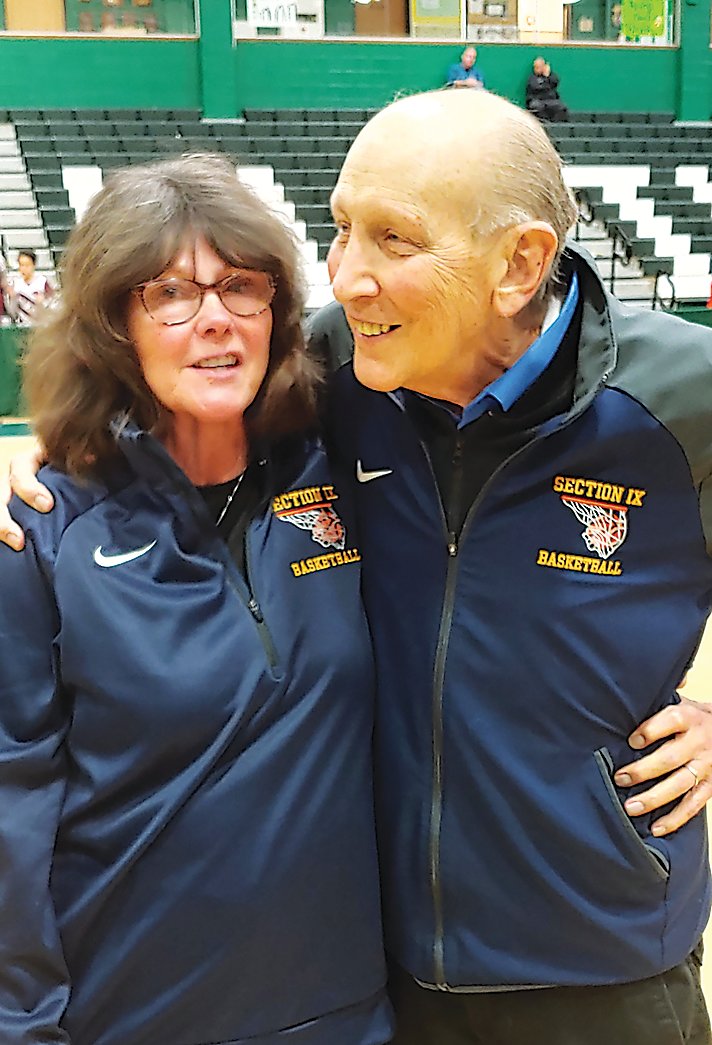 Having graduated from Candor HS in 1965, Ahart then received his Bachelors and Masters Degrees from Ithaca College. He’d go on to serve as the Roscoe CSD Athletic Director, spending over 50 years coaching football, and Varsity Boys Basketball Coach, even after his retirement from teaching Physical Education in 2007.

In 2007, Roscoe CSD named the gymnasium after him. He has receive numerous recognitions, including “Outstanding Friend to Education” by the Sullivan County School Boards Association and the “Golden Apple Award” for 50 years in education by Mid-Hudson School Study Council in 2019 and the “Amazing Person Award for Coaching” by NYS AHPERD in 2018.

Over the years, Ahart has been very involved in Sullivan County leagues and Section IX, where he has been on the Athletic Council and Eligibility Committee, serving as Chair since 2003. He has also taught the required coaching courses for Sullivan County BOCES for many years.

Ahart has been a mainstay on the NYSPHSAA Boys Basketball Committee for 25 years and on the Section IX Athletic Council for 40 years. He also received the Dr. William Moran Service Award in 2014.

Ahart has received many awards for his service, contributions and accomplishments over the years. The NYSAAA recognized him with a Certificate of Appreciation for 50 years of service. He is the only athletic administrator in the state to be awarded his Chapter Athletic Administrator twice in his career, in 2003 and 15 years later in 2018.