Now through June 19, Shadowland Stages in Ellenville is presenting “Airness,” a show about air guitar competitions. 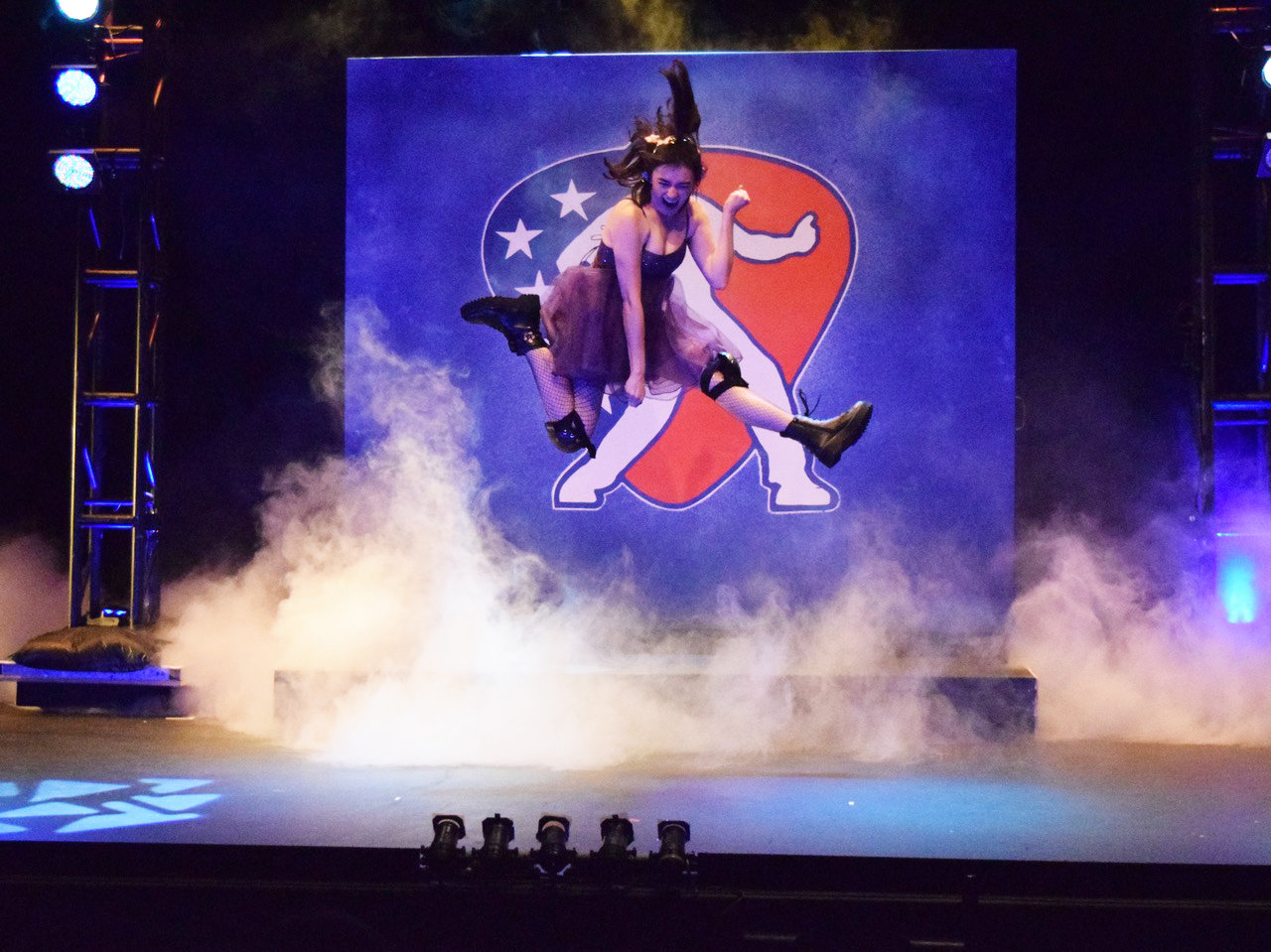 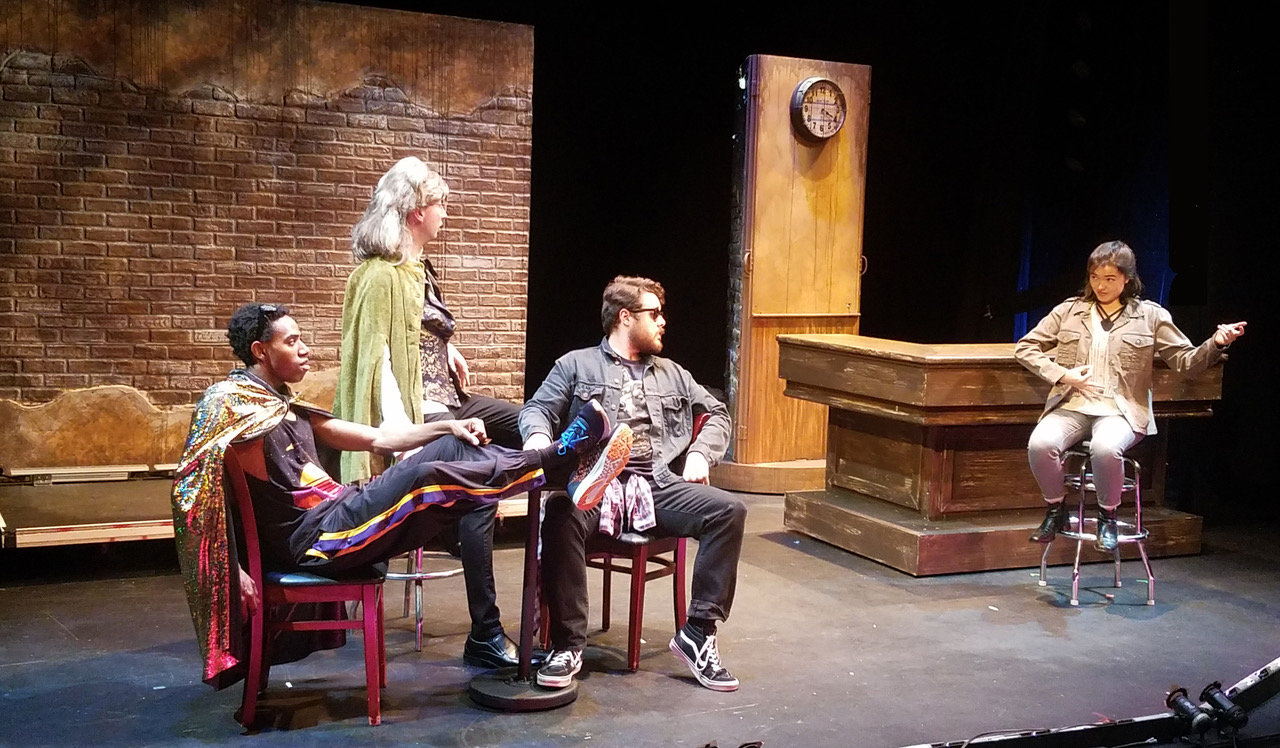 Now through June 19, Shadowland Stages in Ellenville is presenting “Airness,” a show about air guitar competitions.

Now before you say it’s going to be hard to take a play about air guitar competition seriously, know that it’s a real and very sincere contest for some people.

If you doubt that, check out www.usairguitar.com and learn that there are two rounds in each challenge: freestyle and compulsory; and that the judging criteria consists of 1) Technical Merit; 2) Stage Presence; and 3) “Airness” (which is explained during the course of the show).

“Airness” is a play about performance benchmarks, rivalries, talent, jealousy, cooperation, revelations and ultimately support from your friends. Thrown into the mix, to keep it moving and entertaining, are some surprising and touching relationships, and just a touch of misogyny.

Six competitors meet at various bars around the country to enter different regional air guitar competitions. Five of them are known friendly rivals.

One of them is brand new to the events, and because she plays “real guitar,” she not only thinks she has an advantage, but she is also unable to comprehend the gravity and solemnity of the contests.

This is the regional premiere of “Airness,” which won the American Theatre Critics Association’s prestigious Osborn New Play Award.

Each actor brings a perfect quality to their initial characterizations: Bembury is confident, Evangelista is arrogant, Leland is angry, Miller is naïve, Pietropaolo is wise and Walsh is patient.

And then, as the story unfolds, the underlying intentions and purpose are exposed in sometimes poignant, sometimes heated detail. Or as one of the characters says, “This all might be pretend, but it’s serious pretend.” And seriously, the actors all have the talent to pull it off.

Indeed, the audience might find the play and performances sometimes silly, but as it progresses, the show uncovers sobering undertones centered on encouragement, friendship, tenderness and collaboration. And there’s inspiration, too! “You have to play something that blasts your soul.”

Adding to the atmosphere are the excellent costumes – leather, chains, capes, shoes, etc. – by Christina English, the moody lighting by Jeremy Johnson, the perfect sound design by Jeff Knapp, and the versatile scenic design by Peter Johnson.

The one complaint centers on the entire cast. Young actors tend to talk too fast, and don’t always enunciate, as evidenced by the fact that many funny lines didn’t get the audience reaction they should have, had the words been understood. One hopes that in the remaining performances, the actors will slow down and “taste their words,” as an old acting teacher once described it.

“Airness” is performed on the Shadowland Main Stage at 157 Canal Street in Ellenville on Thursdays, Fridays and Saturdays at 8 p.m., and Sundays at 2 p.m. Call the box office for tickets at 845-647-5511.