MIDDLETOWN - Football season is long since over and the annual Section IX dinner for its All-Section honorees was originally scheduled to be held in February. But as with so many other events, it had … 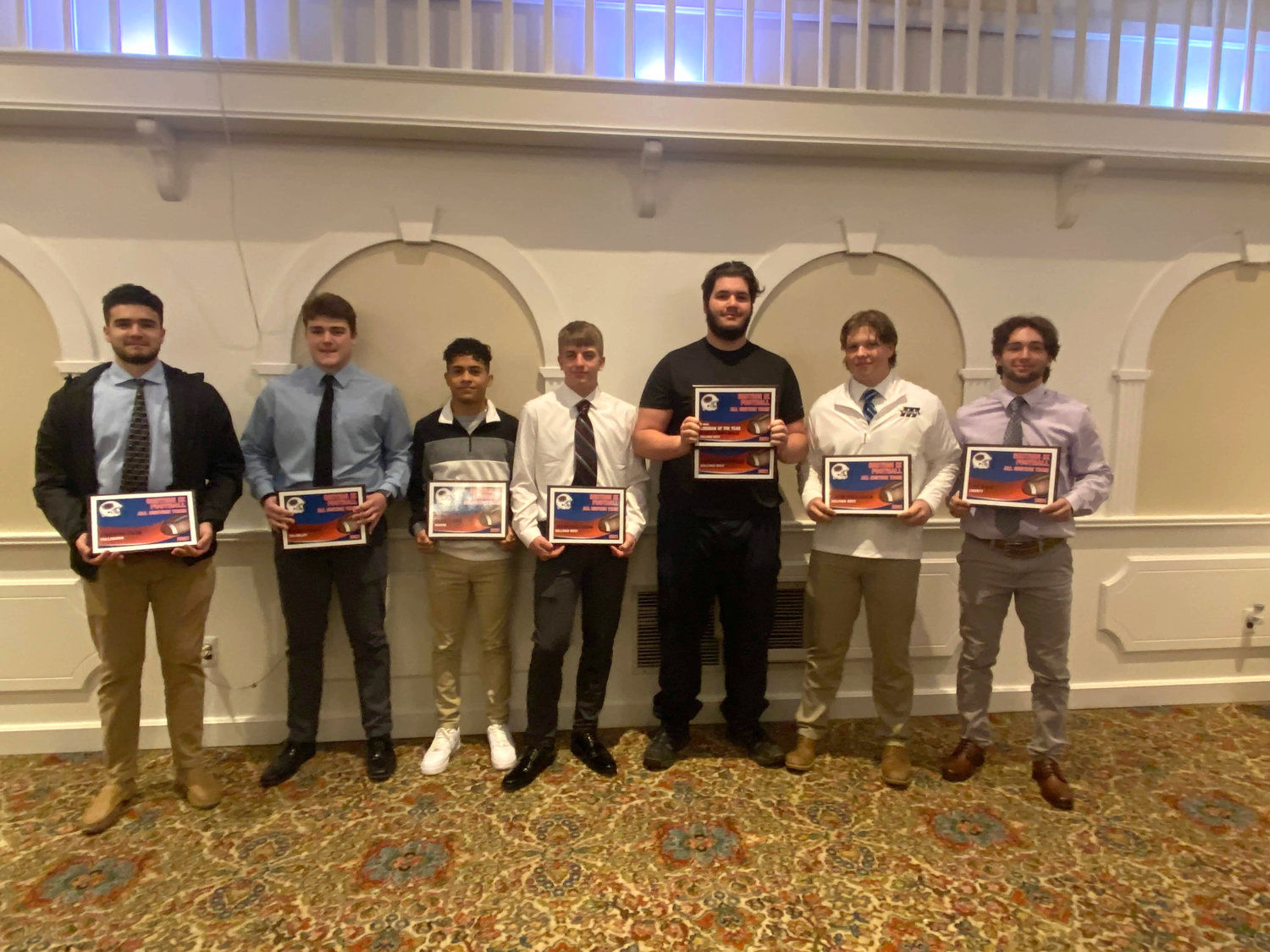 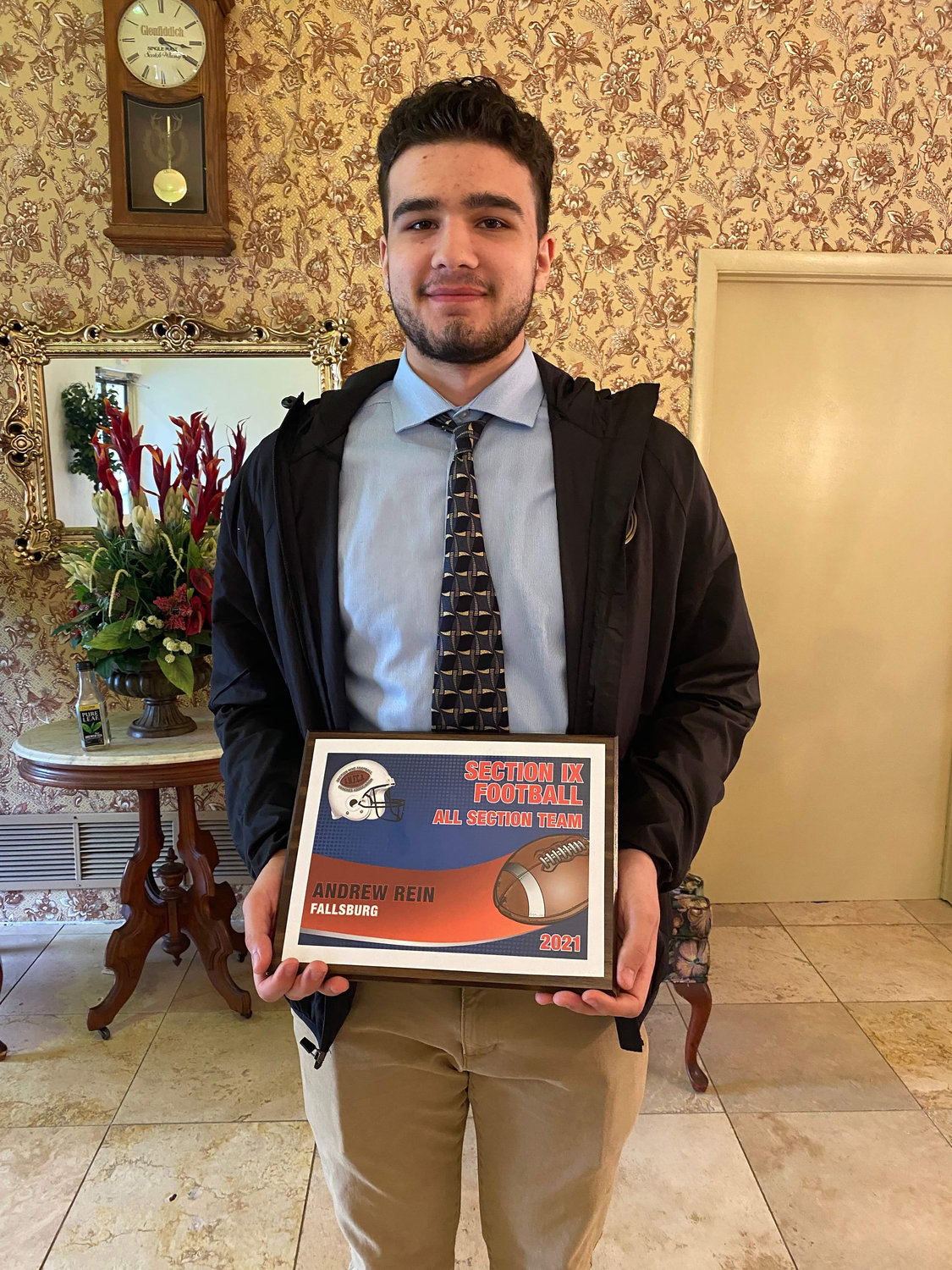 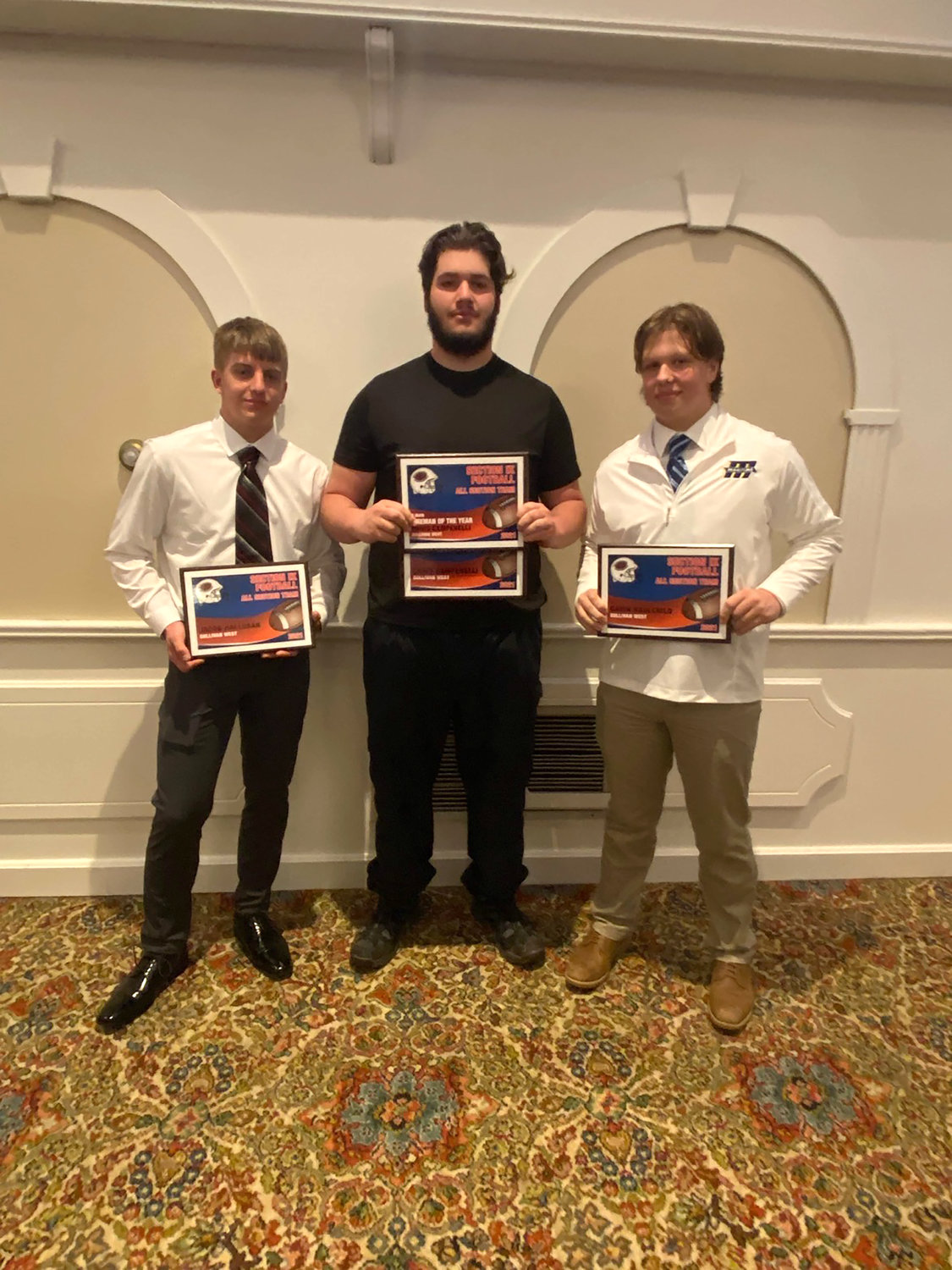 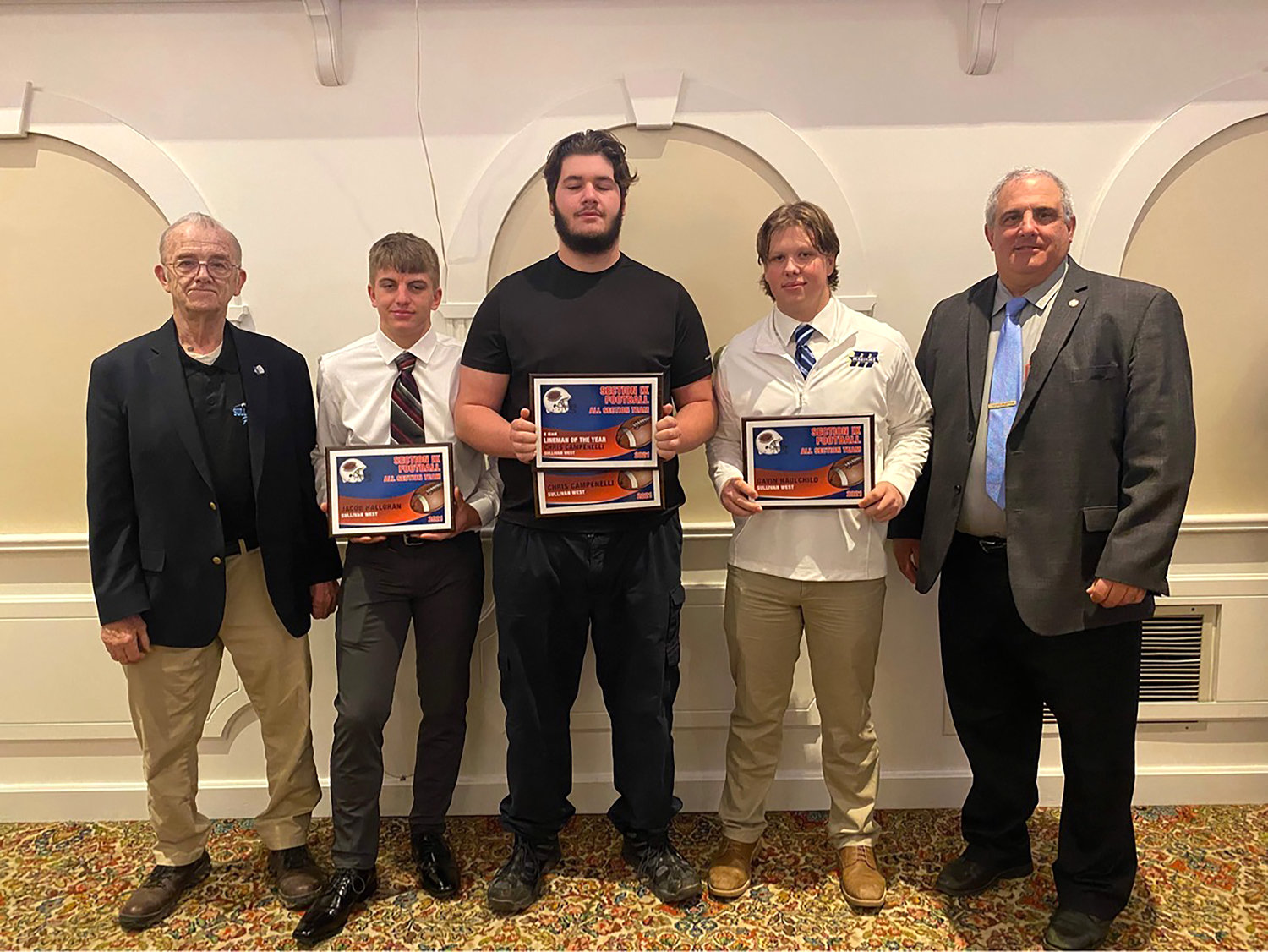 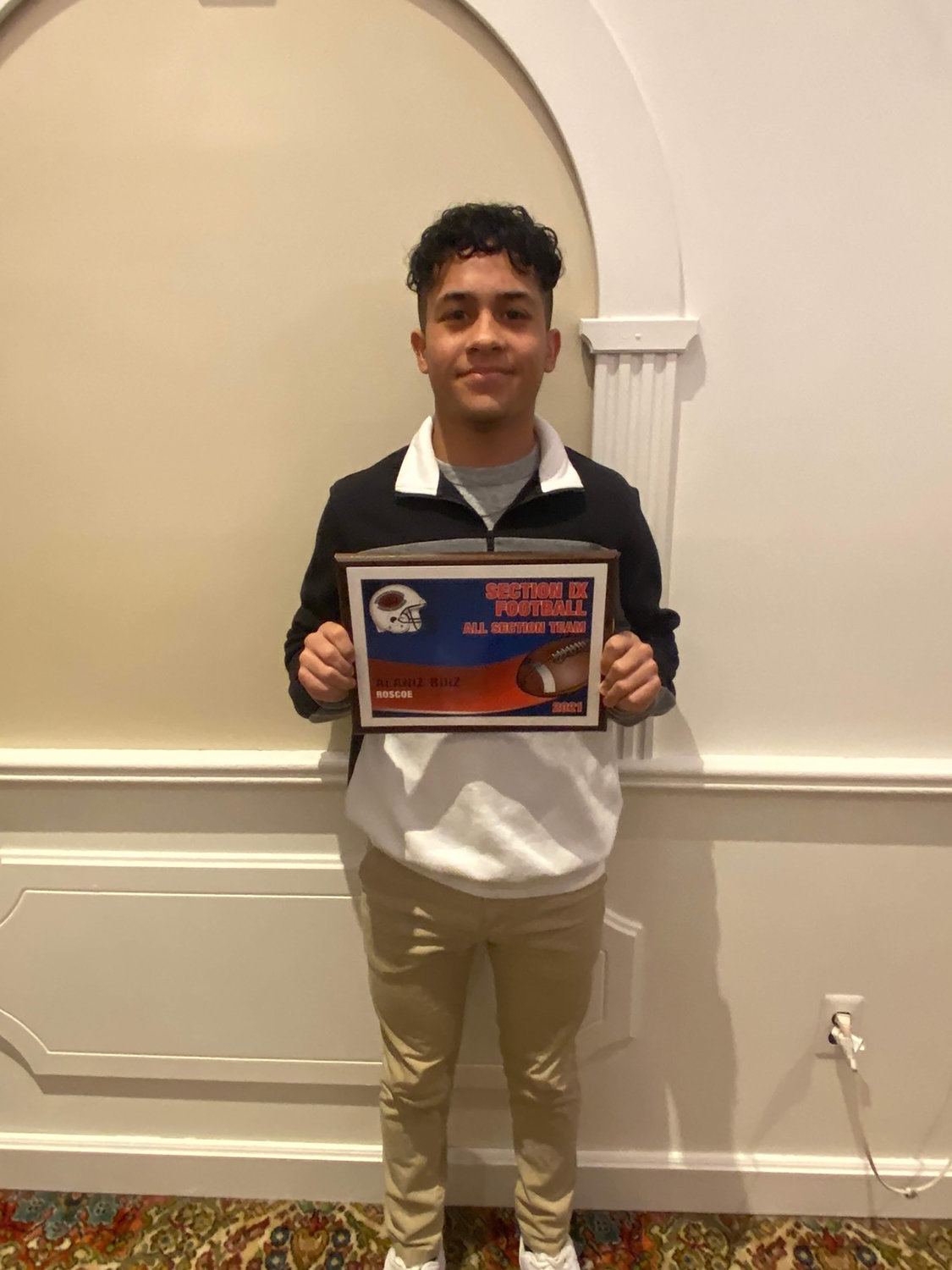 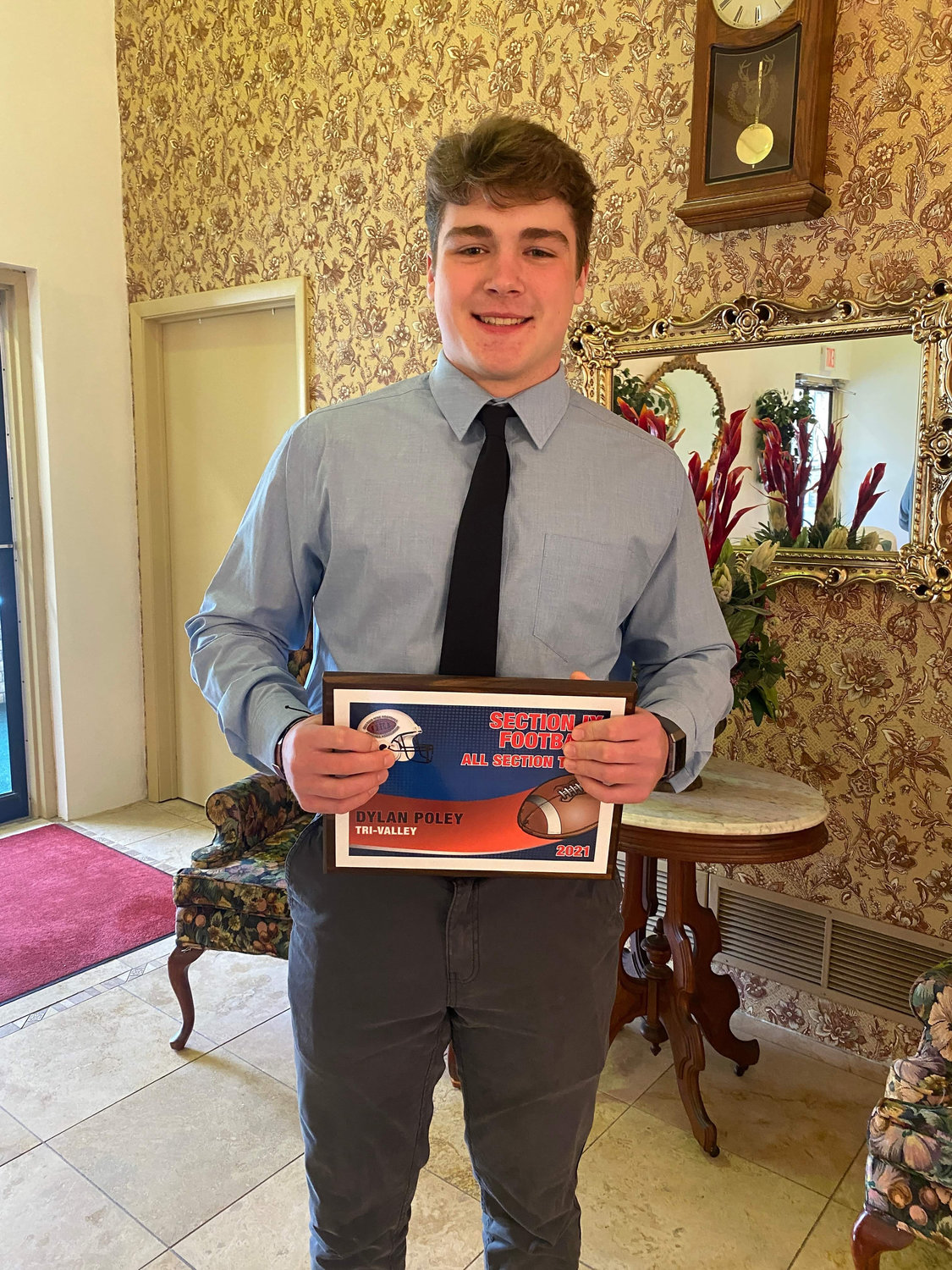 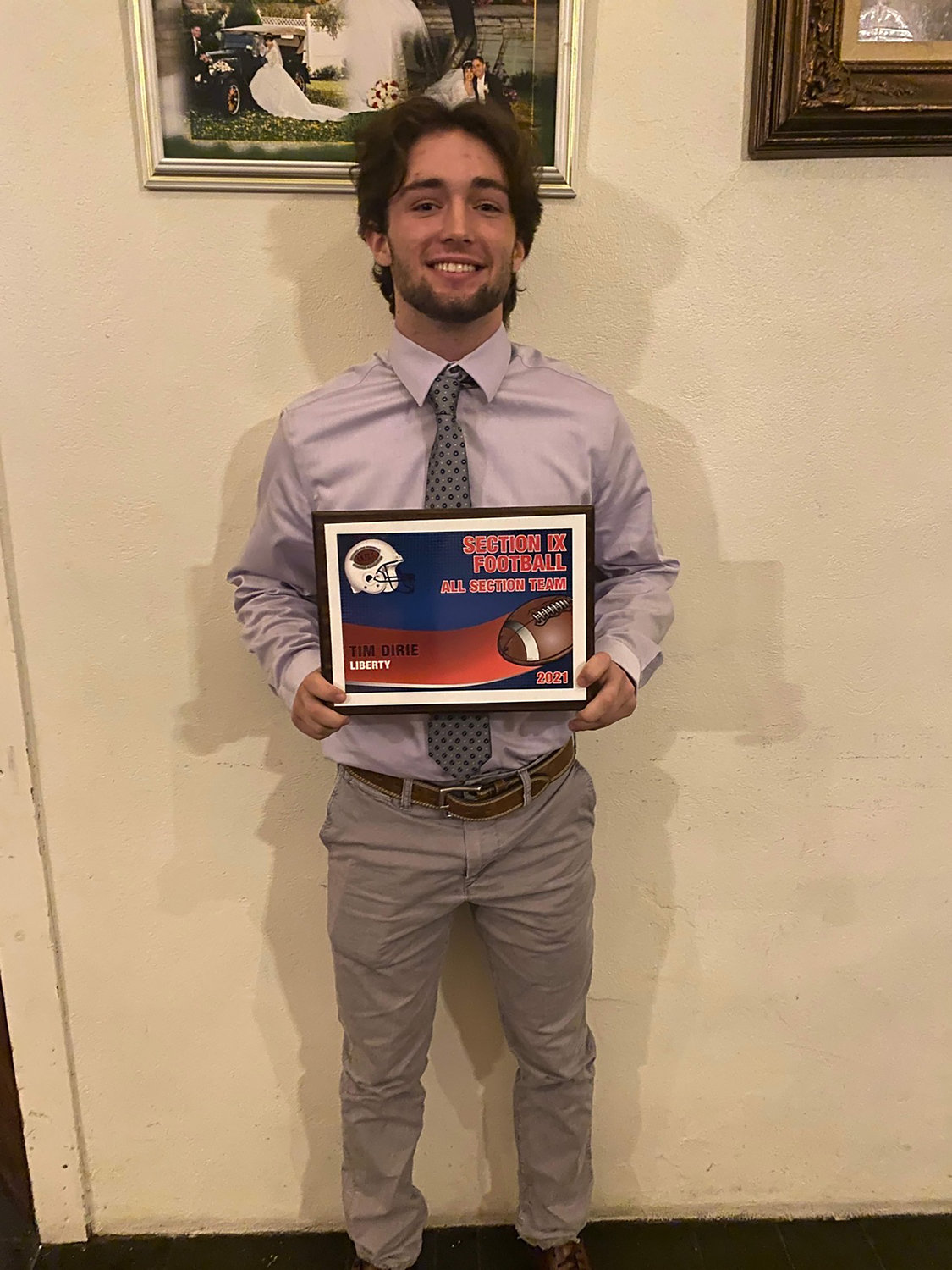 MIDDLETOWN - Football season is long since over and the annual Section IX dinner for its All-Section honorees was originally scheduled to be held in February. But as with so many other events, it had to be rescheduled due to Covid as well as issues with the weather. On March 20 at Kuhls Highland House, the event finally took place. Seven Sullivan County grid stars received plaques for their All-Section status. Tim Dirie from Liberty was honored for his role in 11-man football in Class B. The other six were lauded for their exceptional play in Section IX Eight-Man football. The recipients of the Eight-Man honorary plaques were Dylan Poley-Tri-Valley, Alaniz Ruiz- Roscoe, Andrew Rein-Fallsburg and Gavin Hauschild, Jakob Halloran and Chris Campanelli from Sullivan West.

Campanelli was also named Section IX Eight-Man Football Lineman of the Year. Coaches and parents were on hand for the honors. We here at the Sullivan County Democrat wish to extend our congratulations to these fine athletes and wish them well in their future endeavors.