ROSCOE — The Roscoe Chamber of Commerce hosted their 61st annual Two Headed Trout Dinner on May 14. Anglers and members of the community gathered to celebrate the beauty of Roscoe and their … 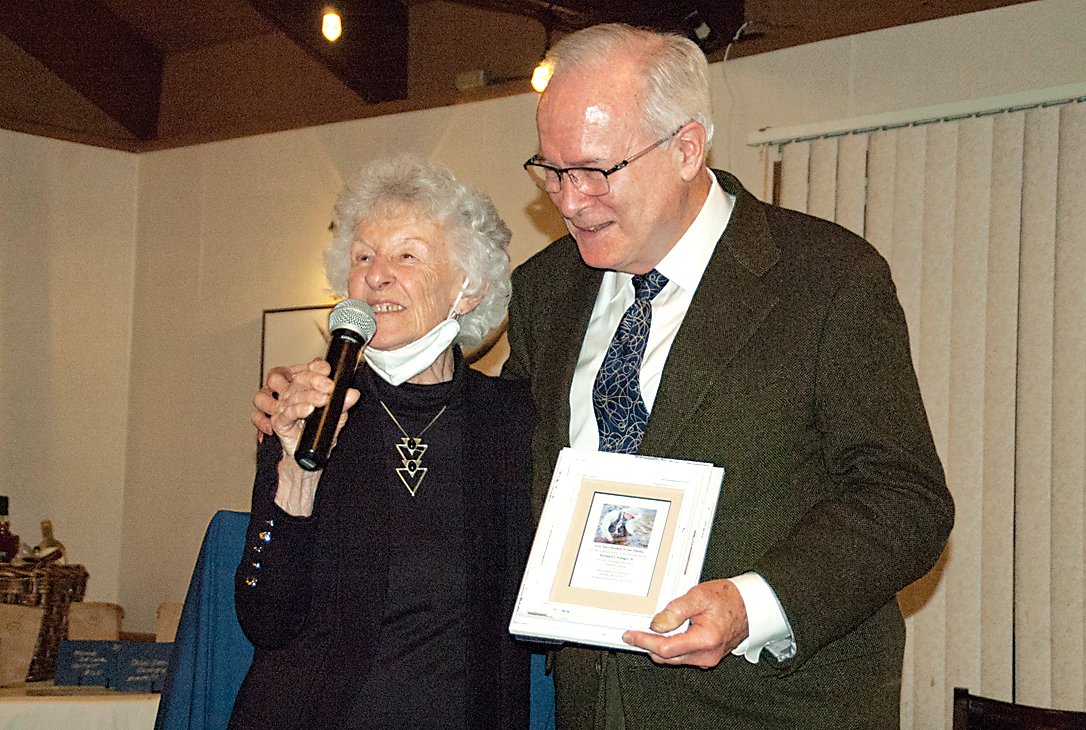 Joan Wulff joined with the evening’s keynote speaker, Richard Schager, who received a Chamber commemoration for his service to the Beaverkill River and Catskill fly fishing.
Anthony Morgano | Democrat 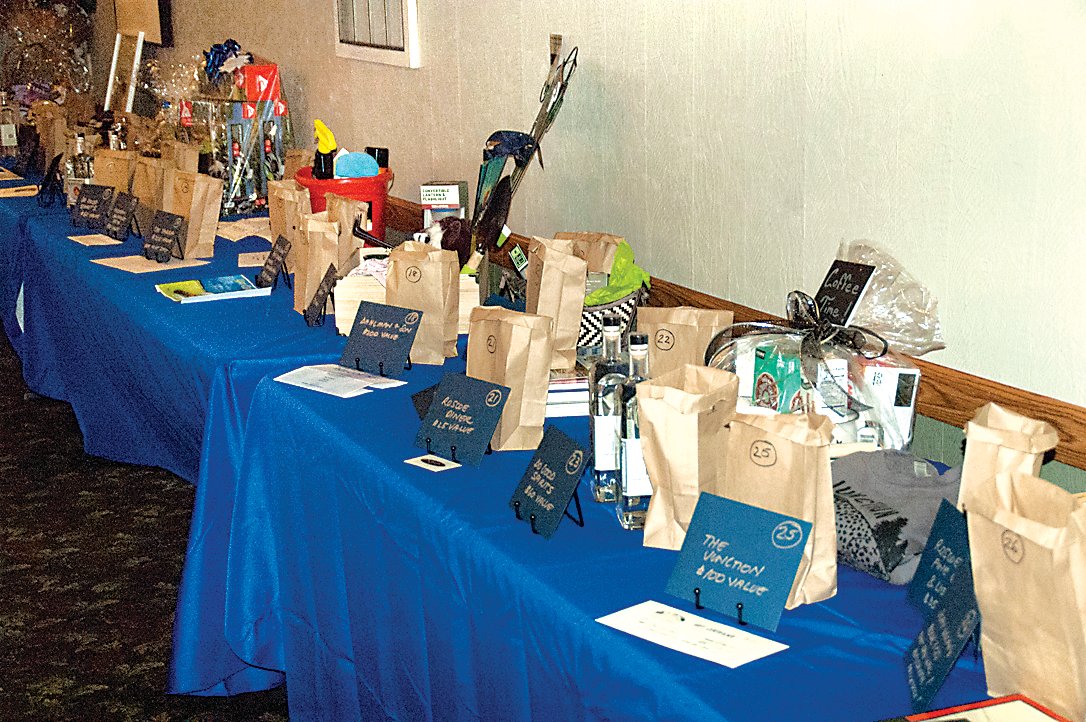 There was plenty of fly fishing gear and other local merchandise for attendees to take home.
Anthony Morgano | Democrat
Previous Next
Posted Friday, May 20, 2022 6:10 am

ROSCOE — The Roscoe Chamber of Commerce hosted their 61st annual Two Headed Trout Dinner on May 14. Anglers and members of the community gathered to celebrate the beauty of Roscoe and their love of flyfishing.

With the help of the legendary Joan Wulff, who served as an advisor to the Two Headed Trout Committee, the season-opening dinner featured Richard Schager as a keynote speaker. Schager attended his first Two Headed Trout Dinner back in 1980, and has been drawn to the captivating local waters for over forty years.

Schager was introduced by Dave Goodman, who said, “Richard and Joan have a lot in common. In Joan Wulff’s speech last year she talked about the different stages of fishing, and what it means to be a ‘friend to fishing,’ rather than a ‘fishing friend.’ Richard is a ‘friend to fishing,’ and he gives fishermen a good name.”

Schager, who received a Chamber commemoration for his service to the Beaverkill River and Catskill fly fishing, addressed the crowd after being introduced.

“The Chamber, and the community, do so much to maintain the sacredness of the local streams. Even though I’m an ‘outsider,’ I’ve always felt like a member of this community, and outsiders always feel welcomed here.”

“Roscoe is a sacred place,” Schager continued. “Learning to fly fish here is something that stays with you for life. And the people who come here carry on those traditions.”

Following the dinner, Roscoe Chamber of Commerce President Chrissy Routledge said, “I think the dinner was a success, and I’m glad the new businesses have been getting involved with the Chamber. Their energy and new ideas have been a welcome addition.”

The Chamber’s focus for the summer is to continue with the beautification of Roscoe, they have been scheduling litter plucks in the community and will be putting flowers around. They are looking for both volunteers as well as an intern for the Sullivan Renaissance’s beautification.