Anne Hocker Osborne, nee Marjorie Anne Hocker, died at her home in Callicoon where she was receiving hospice care on March 29, 2020 at the age of 73.

Anne was born to James Philip Hocker and … 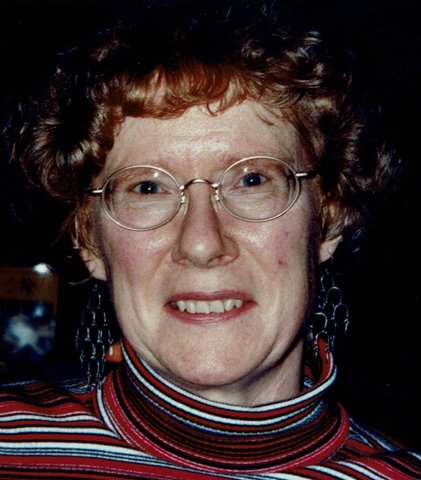 Anne Hocker Osborne, nee Marjorie Anne Hocker, died at her home in Callicoon where she was receiving hospice care on March 29, 2020 at the age of 73.

Anne was born to James Philip Hocker and Myrtle McKay Hocker in Corning, New York on February 26, 1947. She received a BA from William Smith College and a Masters from Garrett Theological Seminary and spent most of her career in education. She taught at the Adult Education Center in Valparaiso, Indiana, at the Fishkill and Sullivan Correctional Facilities for the NYS Department of Corrections, and for Sullivan County BOCES off-site programs. Anne also provided at-home and community-based supports to people receiving services from SullivanArc, now the Arc of Sullivan and Orange Counties. When Anne retired from paid employment for health reasons she volunteered as a tutor for Literacy Volunteers and at the Thrift Store operated by Interfaith Outreach United in Callicoon. A former co-worker, told of her volunteer activites, remarked “helping people is in her DNA.”

Anne was deeply committed to her religious faith. A life-long Episcopalian, when her first marriage ended she spent a year as a postulant in the Order of St. Helena at Vails Gate in Cornwall, where she was known as Sister Anne. She left the Order before taking final vows, but became a Life Professed member of the Third Order of the Society of St. Francis in 1989. Anne was a long-time member of St. James' Episcopal Church of Callicoon, where she served as a Vestry Member and as Treasurer until her death.

Anne loved nature, especially butterflies, especially Monarchs. As long as her health permitted late summer would find her cruising the back roads of the county looking for patches of milkweed, from which she gathered Monarch eggs and caterpillars which she raised until they hatched, when she released them for their migration to the mountains of Mexico. Learning of her last illness, her nephew Dan wrote of his fond memories of visits from his “cool tattooed aunt who loves nature” and who “has a real knack for finding the joy in everyday experiences .”

Anne's funeral will be held at St. James' Church of Callicoon on a date to be determined.