The Sullivan West Musical Production Club, under the direction of Jerry Hoch, delighted hundreds of theater goers this past weekend with their production of Anything Goes. 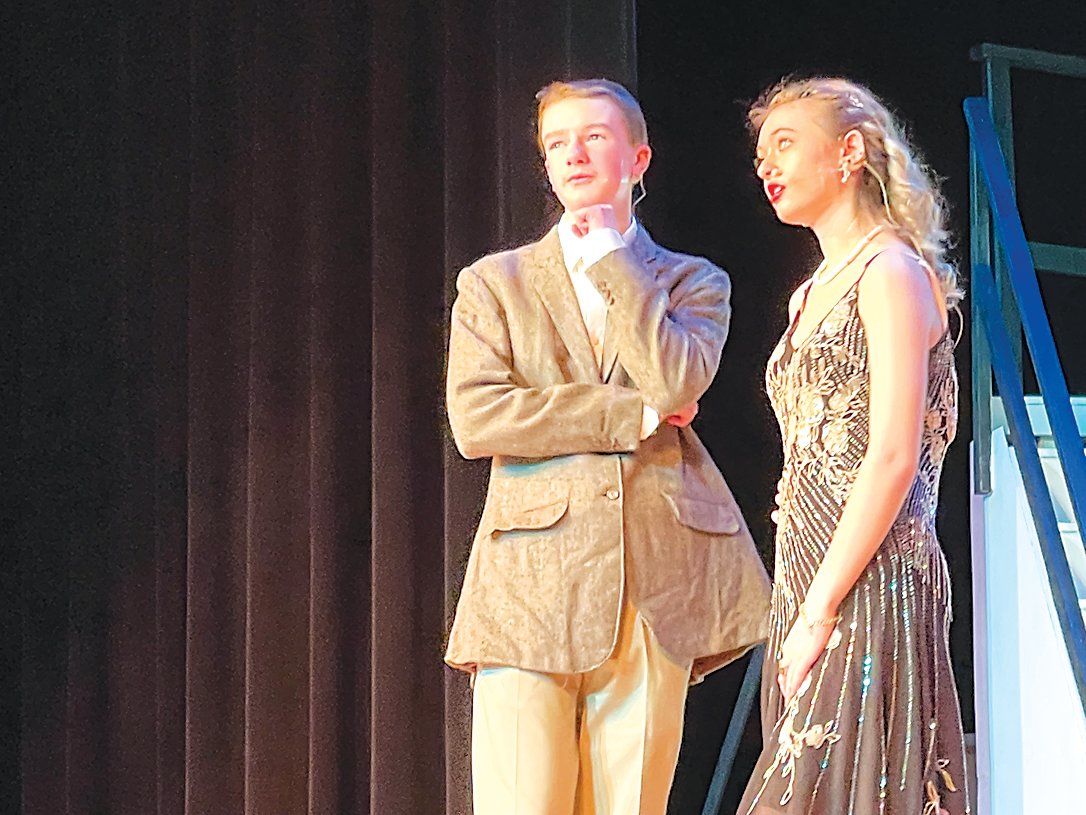 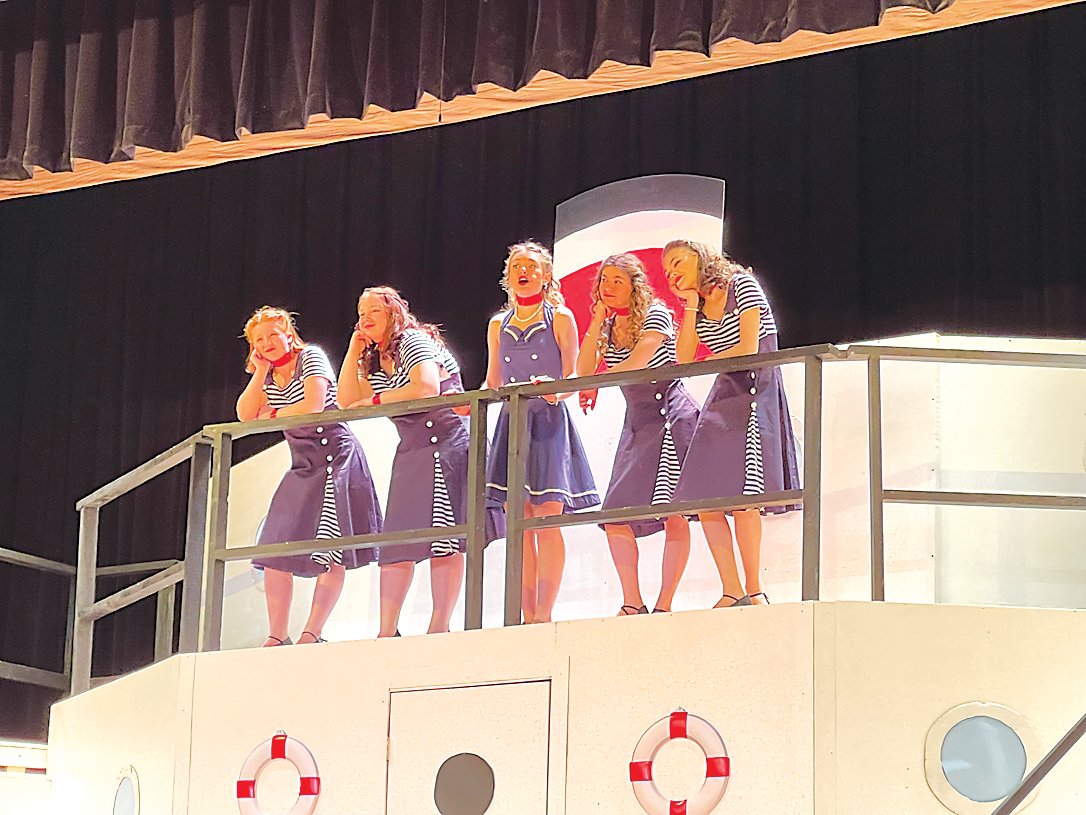 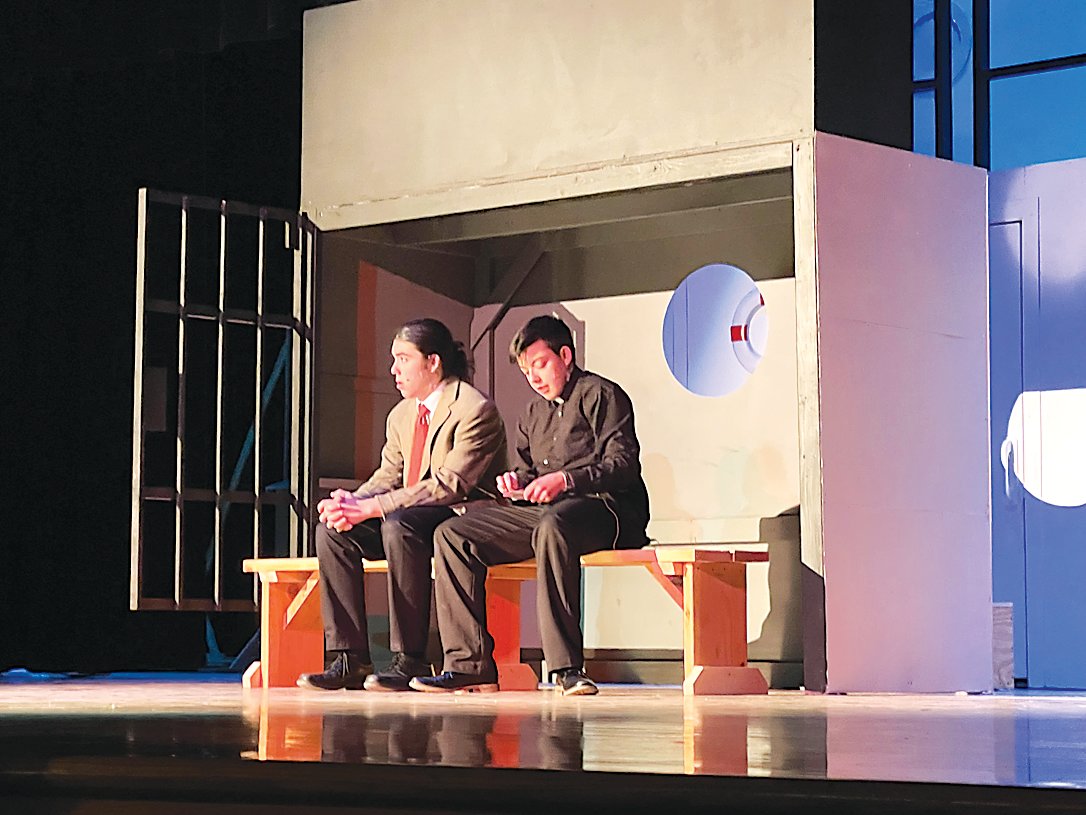 Brothers Henry, left, and Charles Simon played Billy Cocker and Moonface Martin respectively. The duo spent time together in the ship's brig during Act II as they worked out a plan to escape – and reunite with their shipmates.
Fred Stabbert III 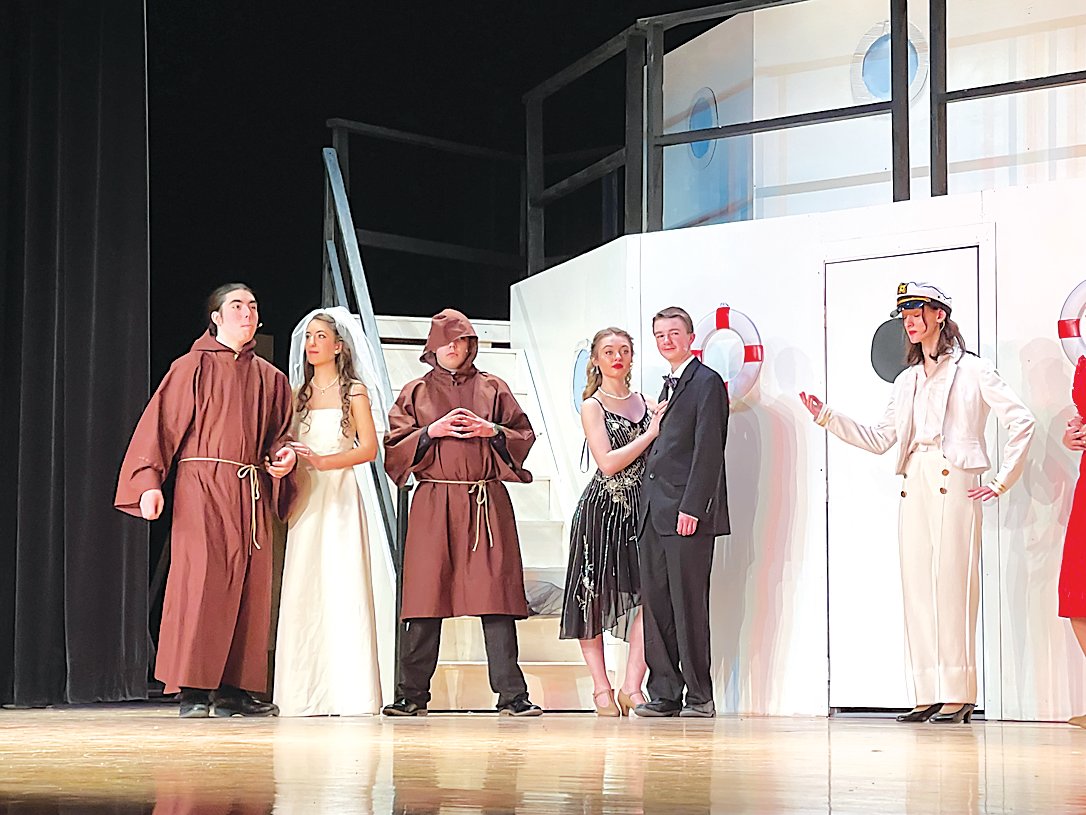 In one of the closing scenes, Billy Cocker (Henry Simon) and Moonface Martin (Charles Simon), both dressed in priest robes, go top deck as Billy finally gets the hand of his girl, Hope Harcourt, played by Angela Cordischi.
Fred Stabbert III 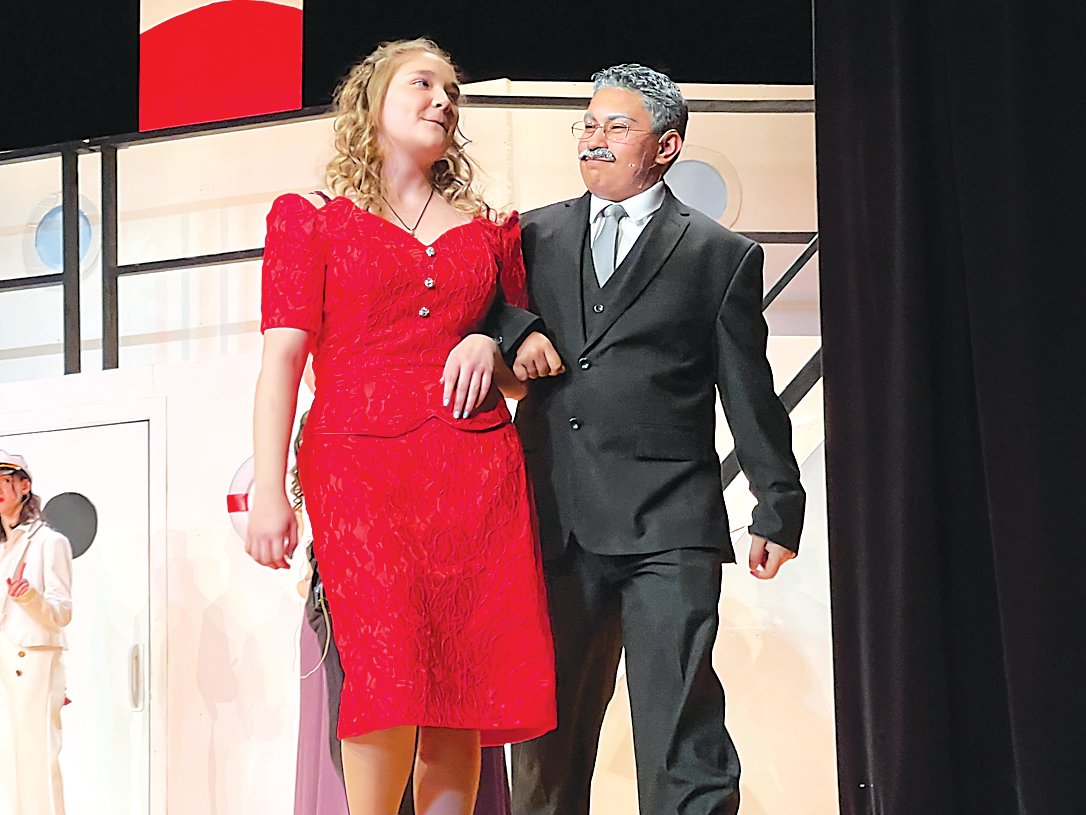 The Sullivan West Musical Production Club, under the direction of Jerry Hoch, delighted hundreds of theater goers this past weekend with their production of Anything Goes.

Nearly 24 high school actors took center stage for the three-hour performance. Anything Goes is set aboard the ocean liner S. S. American, where nightclub singer/evangelist Reno Sweeney (played by Lyric Hemion) is en route from New York to England. Her pal Billy Crocker (played by Henry Simon) has stowed away to be near his love, Hope Harcourt (Angela Cordischi) , but the problem is Hope is engaged to the wealthy Lord Evelyn Oakleigh (played by Ethan Hoch).

Full of laughs, the cast provided a strong performance of Cole Porter’s many songs and took the audience from port to starboard in a blink of the eye.