T-V is young, eager and learning from a master

GRAHAMSVILLE - When it’s all about the learning and having fun, the true joys and rewards in sports are apt to be forthcoming. Such a dynamic was in evidence as a very young Tri-Valley softball …

T-V is young, eager and learning from a master 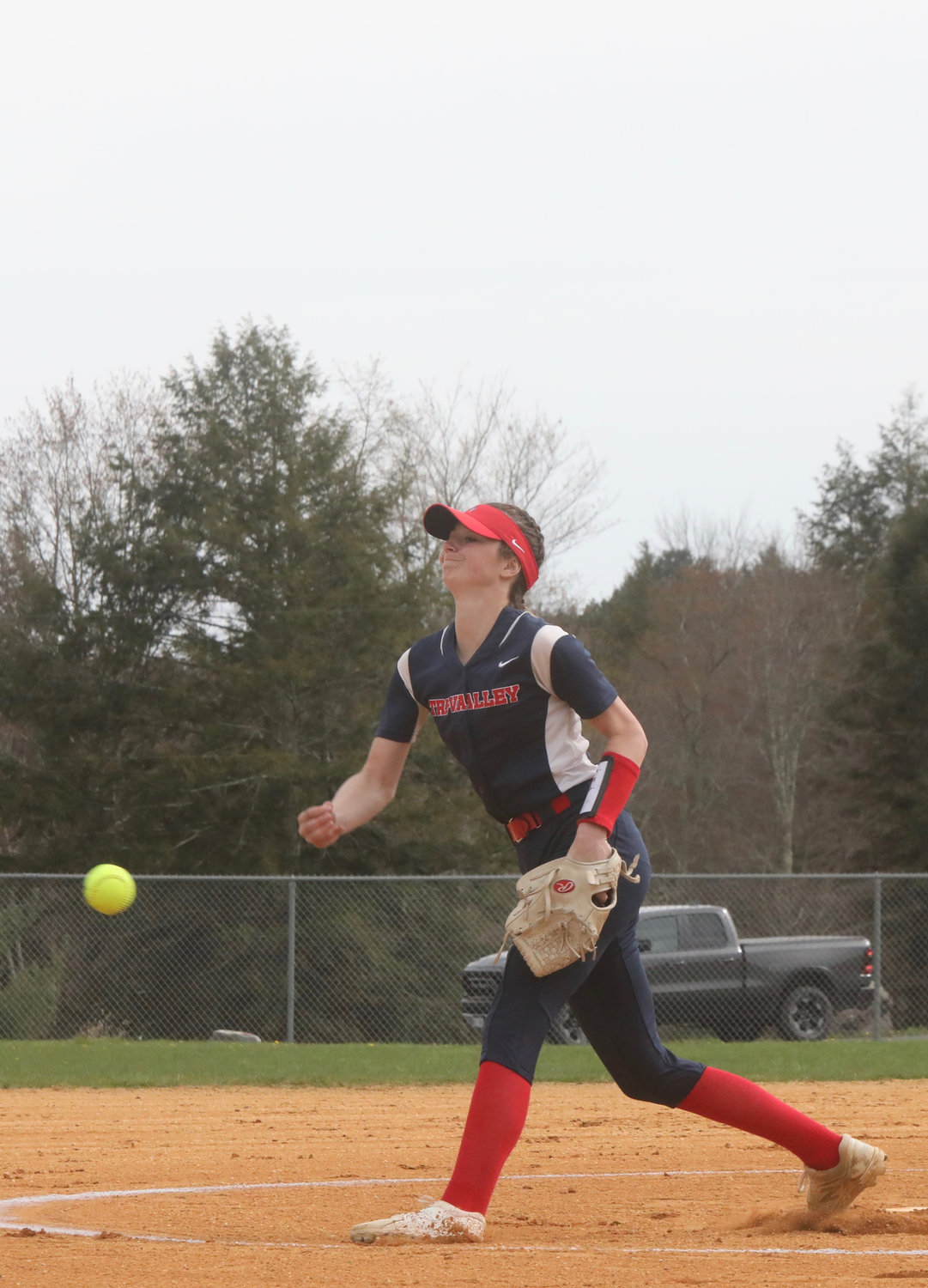 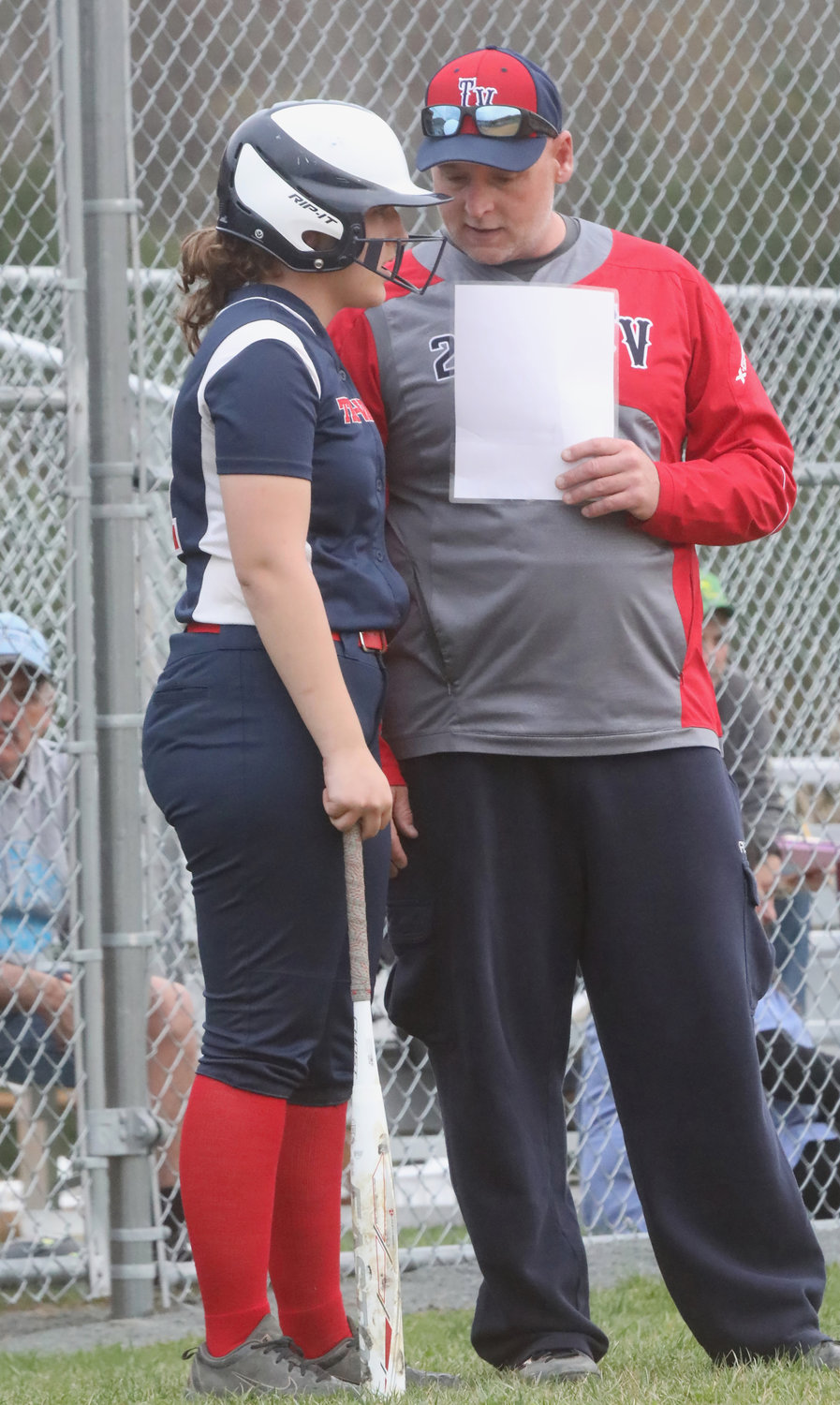 Tri-Valley assistant coaching guru John Rusin imparts some advice to his daughter Emily who went two-for-three on the day and drove in a pair of runs.
Richard A. Ross | Democrat 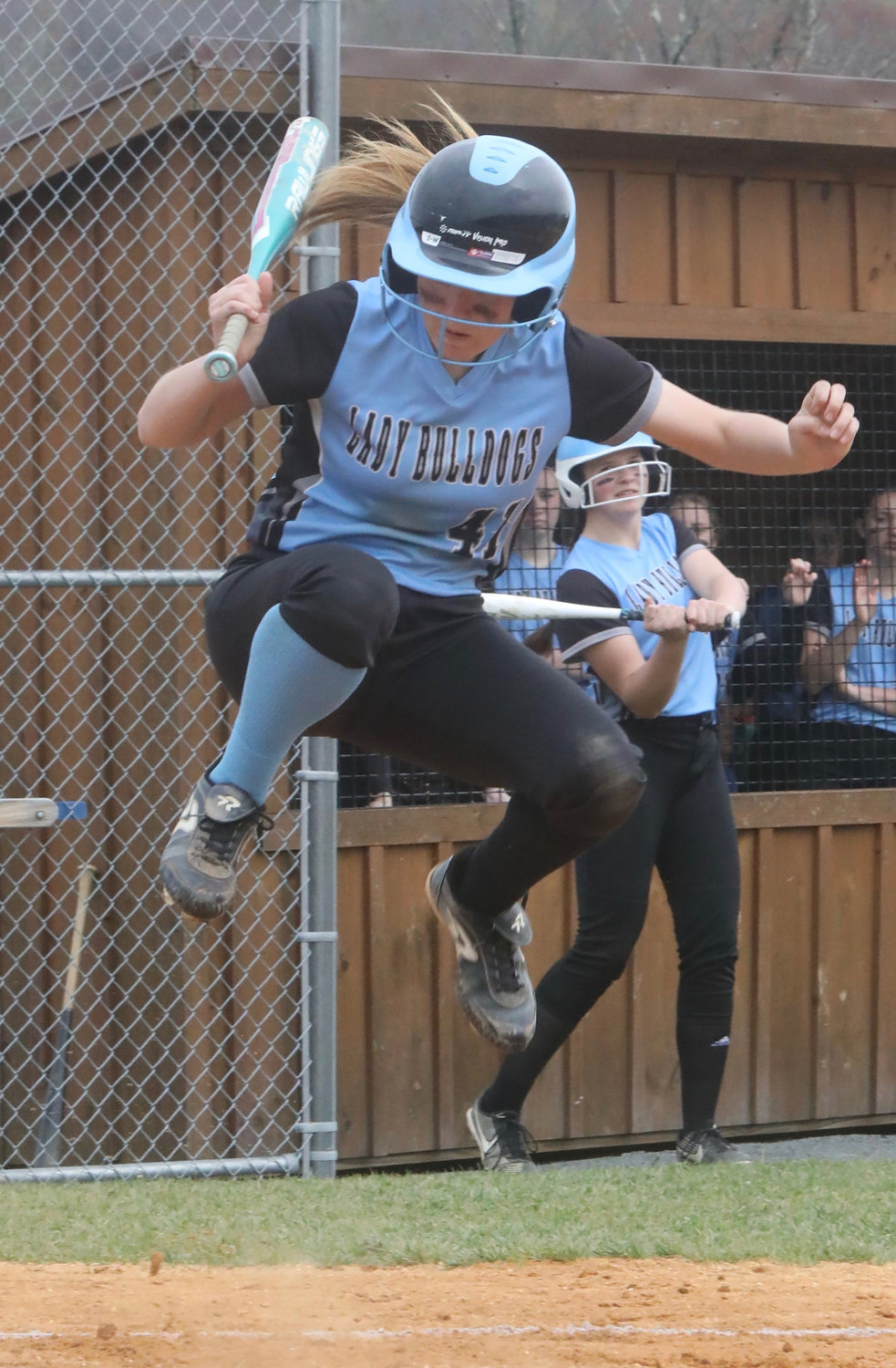 Sullivan West sophomore Elizabeth Reeves uses her quick reflexes to avoid a bouncing pitch in the first inning.
Richard A. Ross | Democrat
Previous Next
Posted Tuesday, May 10, 2022 6:20 am
Richard A. Ross

GRAHAMSVILLE - When it’s all about the learning and having fun, the true joys and rewards in sports are apt to be forthcoming. Such a dynamic was in evidence as a very young Tri-Valley softball team under the savvy tutelage of Coach Kim Costa and her knowledgeable assistant John Rusin pulled off a 16-5 league win over Sullivan West. Rusin, a longtime veteran of baseball coaching decided to leave one diamond for another primarily to be present for his daughter Emily’s games.

That said, what his coaching and enthusiasm bring to the fore is beginning to shape his group of kids into a team that will be a force to be reckoned with in the not-too-distant future. Rusin chatters instructions and encouragement on virtually every pitch, be it to his fielders, batters, base runners and, of course, to his freshman hurler, Jenna Carmody. The results were readily apparent.

The Lady Bears’ only two seniors Theresa Conway and Kera Stroop were honored before the game, the rest of the team is quite young with an eighth grader (Jordan Dymond), Carmody (ninth), sophomores Daniella Bell, Katlyn Ingrassia, Riley Kelly, Abigail Mentnech and Emily Rusin. Juniors Clare Verbert and Sierra Mickelson round out the squad. Sullivan West also has a young component in seven sophomores and seven juniors. But the Lady Bulldogs have five seniors as well.

Carmody allowed a pair of singles in the first but getting two strike outs enabled her to get out of the inning. The Lady Bears got a run in the bottom of the first capitalizing on a walk and then stolen bases including a steal home on a strike out throw to first. Carmody showed her ability to keep her focus despite hitting a batter and walking another to put up another goose egg in the second.

Then, the dam broke as T-V batted around to compile six runs in the bottom of the second. Conway, Bell and Riley all reached safely to load the bases with no one out. Mentnech singled in the first run and a triple by Dymond cleared the bases for three more. Verbert and Mickelson also had RBI. When the dust settled, Tri-Valley held a 7-0 lead.

Sullivan West got three of those runs back in the top of the third. That began with a leadoff walk to Georgeanne Cardona followed by a single by Nicole Reeves. Karlee Diehl drove in two runs, stole second and third and scored on a passed ball. The Lady Westies hoped this would signal a momentum change. Hurler Riley Ernst then blanked the Lady Bears in the bottom of the frame. Carmody did the same in the top of the fourth and in the bottom of the inning T-V added another pair of runs. It was 9-3 after four innings, and things got closer yet as the Lady Bulldogs marshalled a pair of runs in the top of the fifth despite getting only one hit. A pair of walks provided the fuel for the scoring.

Rusin kept encouraging his team and they got those two runs right back in the bottom of the fifth. Sullivan West failed to score in the top of the sixth despite getting a one out single from Brianna Haas. Coach Anthony Durkin put the speedy Kaylee Dibiase on as a pinch runner but she was erased on a nifty throw from T-V catcher Mickelson. Mia Nunnari’s single failed to produce a run and Carmody struck out Cardona to end the inning.

A five-run sixth inning by the Lady Bears extended the lead to 16-5. Kelly’s two-out bases loaded single plated two of those runs. Nicole Reeves blasted a lead-off double in the top of the seventh and Sullivan West loaded the bases with no outs behind a pair of walks but good fielding nixed any scoring by dint of good fielding plays.

T-V showed a lot of mettle all afternoon with timely hits, good fielding and solid pitching to earn their first league win. They improved 3-4 (1-0), while Sullivan West fell to 4-5 (0-2).