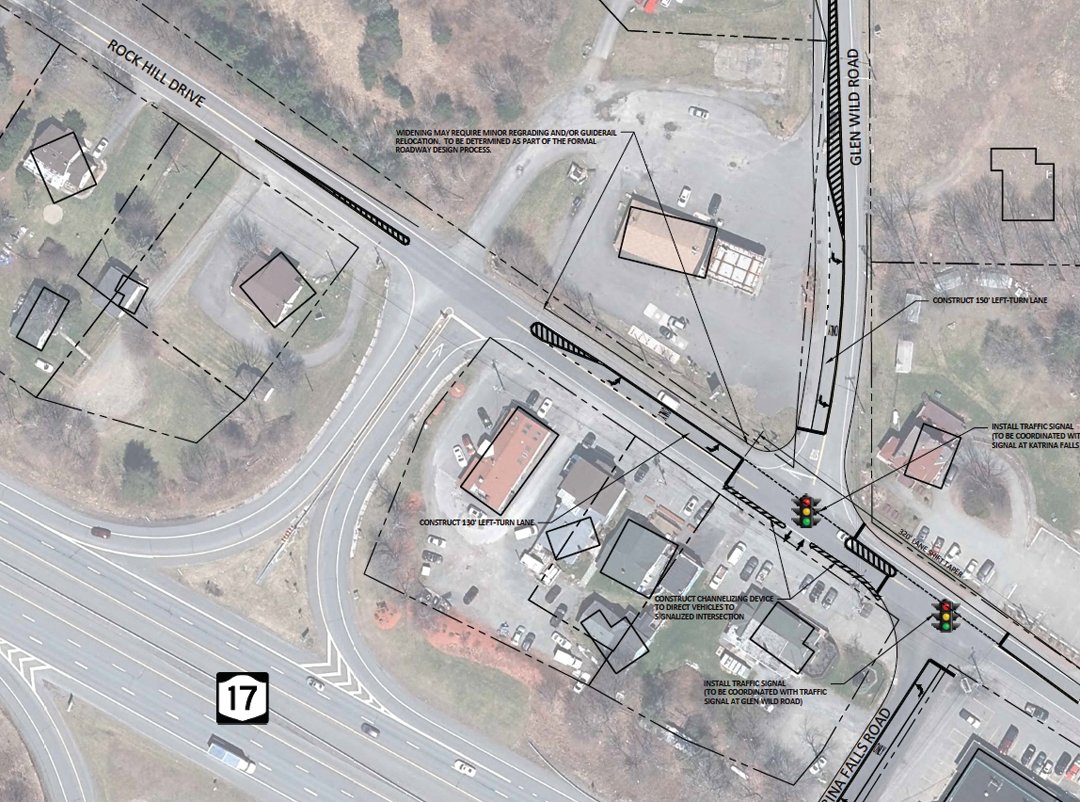 On a dead-end road that is Rock Hill Drive, with residential homes, a pet shelter, and an egg distribution center, the developer wants to build  560,000 square feet of warehouse space in two buildings, forming the Avon Commercial Park.

The planning board continued lengthy discussions on what traffic patterns in the hamlet would look like once the proposed Avon warehouse is built and the potential for trucks coming in and out of the facility.

While the New York State Department of Transportation review of a revised traffic study that was conducted in Rock Hill is still pending, the developer is proposing two traffic stoplights, one on Katrina Falls Road and another on Glen Wild Road. The developer added that the new turning lanes would alleviate traffic in the area.

However, in a letter written to the Thompson Planning Board, Town of Thompson Highway Superintendent Richard Benjamin said that changes to the “traffic patterns on Rock Hill Drive may have serious impacts on the businesses and residents of Rock Hill.”

Another concern Benjamin had was the proposed emergency access road to the warehouse, which was slated to be a dead-end road and gated.

Planning board member Michael Hoyt gave a possible scenario of what could happen with tractor-trailer trucks that are waiting to make a turn onto Rock Hill Drive from  the proposed dedicated left-turn lanes the developer wants to install, believing it could block the entrance to the Citgo gas station and cause more of a backup.

“Putting a dedicated turning lane that isn’t going to move quickly, it’s going to be an issue out on Rock Hill Drive,” said Hoyt.

During the meeting, an attorney for the development said traffic on Glen Wild Road would be more “efficient” with the traffic light.

In January, the Sullivan County Divison of Planning and County Development GML referral 239 was found to be insufficient due to an incomplete traffic impact study.

The New York State Department of Transportation commented on the incomplete traffic study, saying that they will not allow Rock Hill Drive to be modified without meeting “our design standards” and asked the applicant to revise the traffic impact study.

Larry Wolinsky, a legal consultant to the planning board, said that the applicant needs to update the maps used in the development plan to fully reflect the new traffic patterns before the planning board can move forward with a determination on the project.