Anthony Castrovince has been a reporter for Major League Baseball (MLB.com) since 2004, and he recently  published Major League rules changes that will affect Major League baseball in … 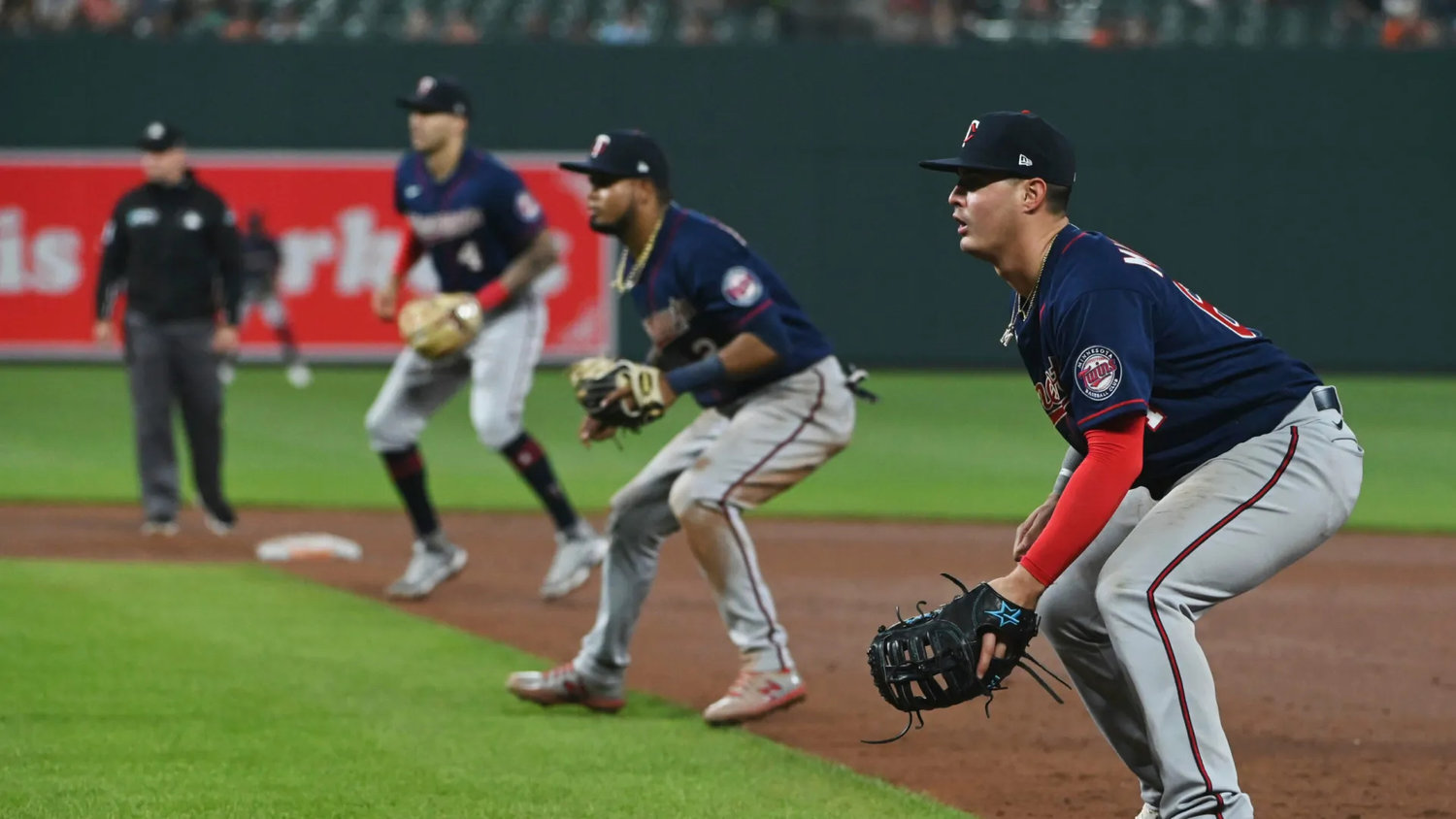 The new MLB shift rule will now require two infielders to be entirely on either side of second base.....breaking the rule will result in an automatic walk. The alignment shown in the photo will no longer be legal.
Contributed photo
Posted Tuesday, September 27, 2022 7:00 am
Ed Townsend

Anthony Castrovince has been a reporter for Major League Baseball (MLB.com) since 2004, and he recently  published Major League rules changes that will affect Major League baseball in 2023.

In Castrovince’s published new rule changes he points out what baseball fans will see in 2023.

The new rule changes include a pitch timer, limits on defensive shifts and bigger bases  for MLB.

Gathering the most attention on the announced rule changes is the defensive shift limits which says, “the defensive team must have a minimum of four players on the infield, with at least two infielders completely on either side of second  base.

These restrictions are intended to increase the batting average on balls in play, to allow infielders to better their athleticism and to restore more traditional outcomes on batted balls.

Our conversations with area  baseball coaches and avid baseball fans is that they want more action, more balls in play and they want to see more athleticism by the players.

Castrovince said that major changes that will be in effect in 2023 include, “the four infielders must be within the outer boundary of the infield  when the pitcher is on the pitching rubber, infielders may not switch sides…in other words, a team cannot reposition its best defender on the side of the infield the batter is more likely to hit the ball… if the infielders are not aligned properly at the time of the pitch, the offense can choose an automatic ball or the result of the play… this rule does not preclude a team from positioning  an outfielder in the infield or in the shallow outfield grass in certain situations but it does prohibit four-outfielder alignments.”

Baseball is definitely changing… will be interesting to see what effect these new rules will have on the sport of baseball starting with the 2023 season.

The Future of Major League Baseball