Tri-Valley takes down Roscoe, loses to Eldred and Chapel Field in non-league matchups

GRAHAMSVILLE – The Bears are busy this week, with four games in the five week days leading up to Easter. Their first game on Monday was against Roscoe, just another day at the office for the …

Tri-Valley takes down Roscoe, loses to Eldred and Chapel Field in non-league matchups 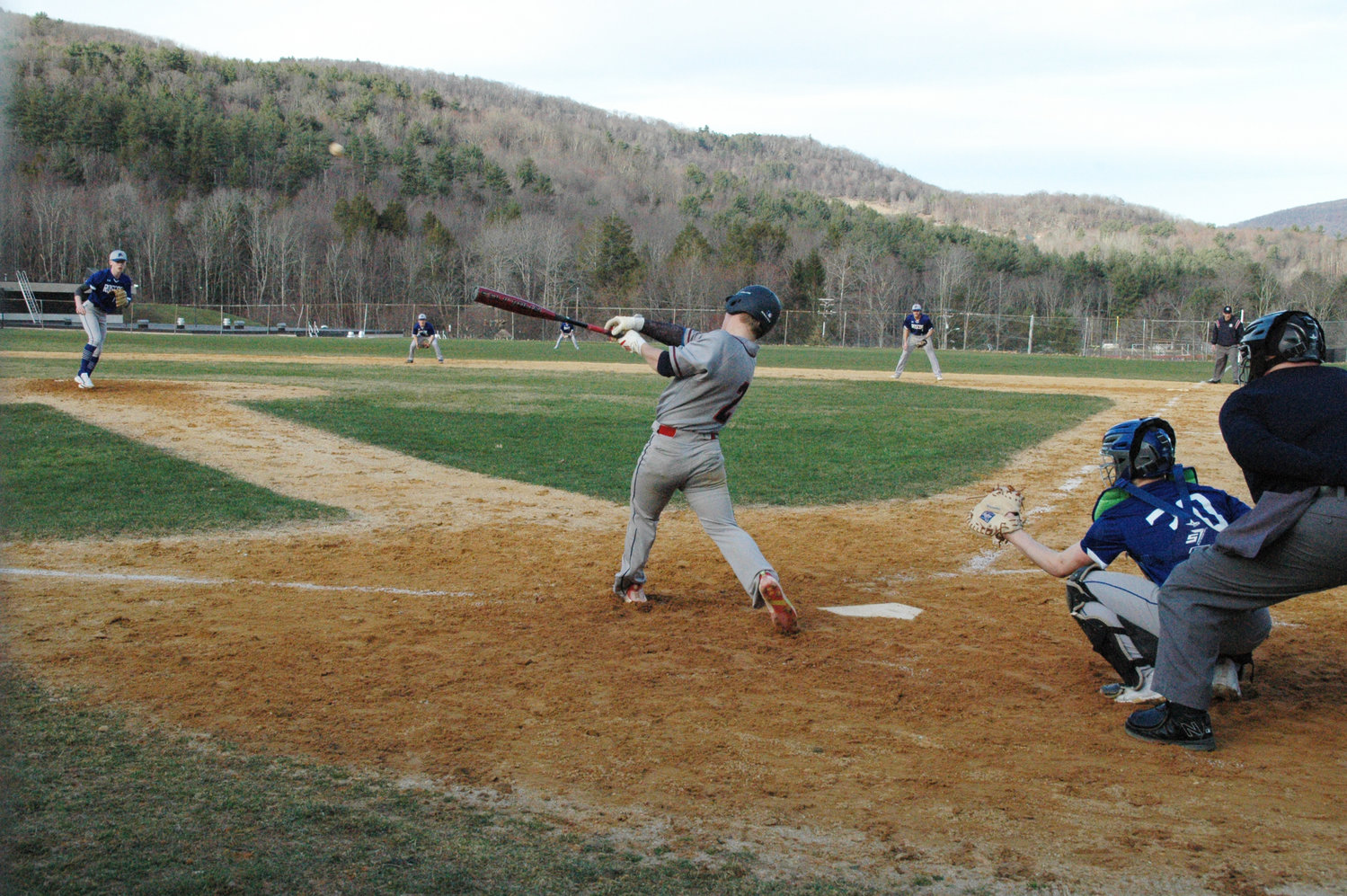 Austin Hartman rips a base hit off of Aiden Johnston in Monday’s 9-5 victory over Roscoe.
Anthony Morgano | Democrat 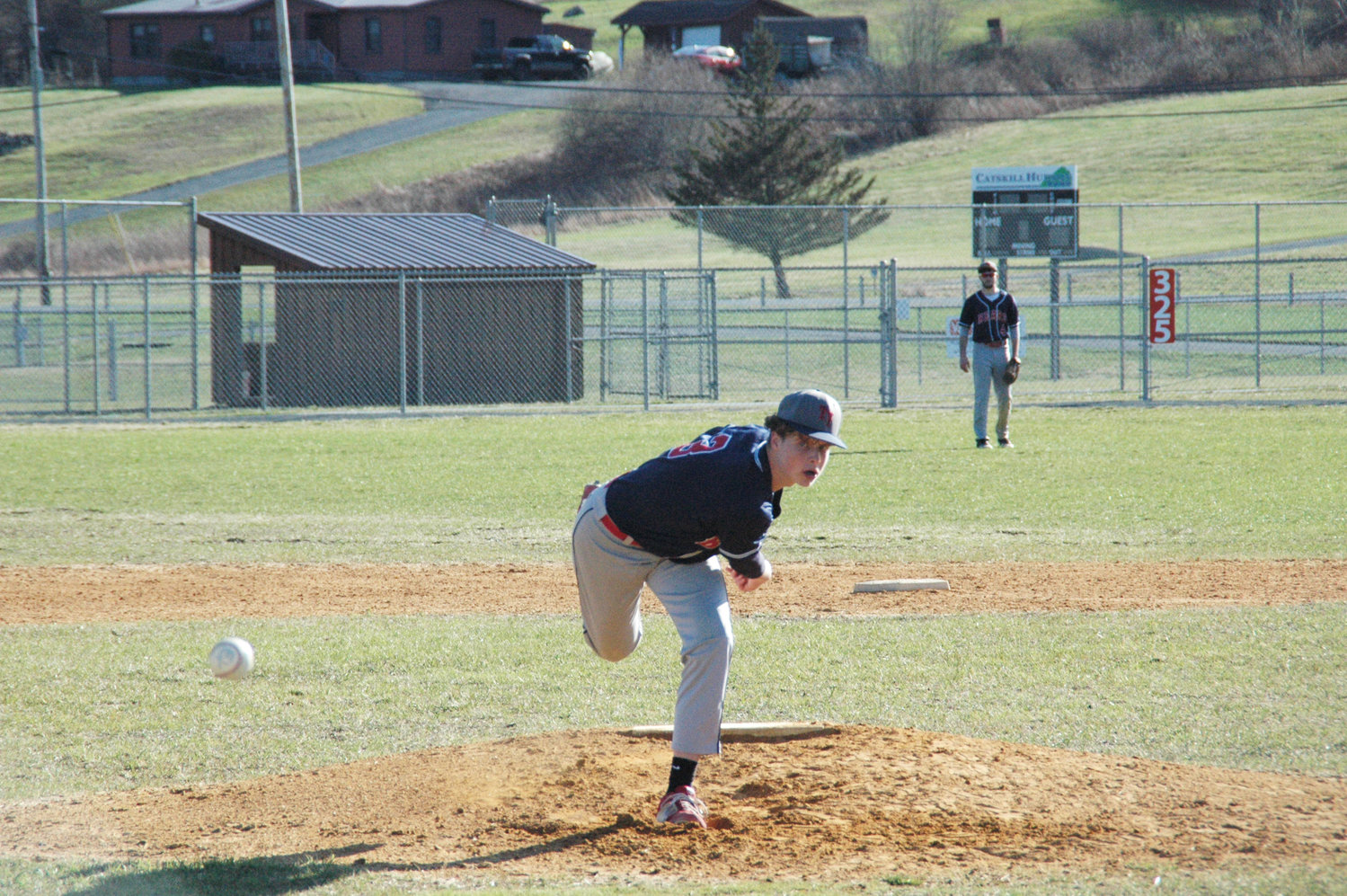 Have a day! Andrew Cox started for the Bears, striking out 11 Yellowjackets in 4.2 innings. Cox gave up two hits and one earned run in the loss to Eldred.
Anthony Morgano | Democrat 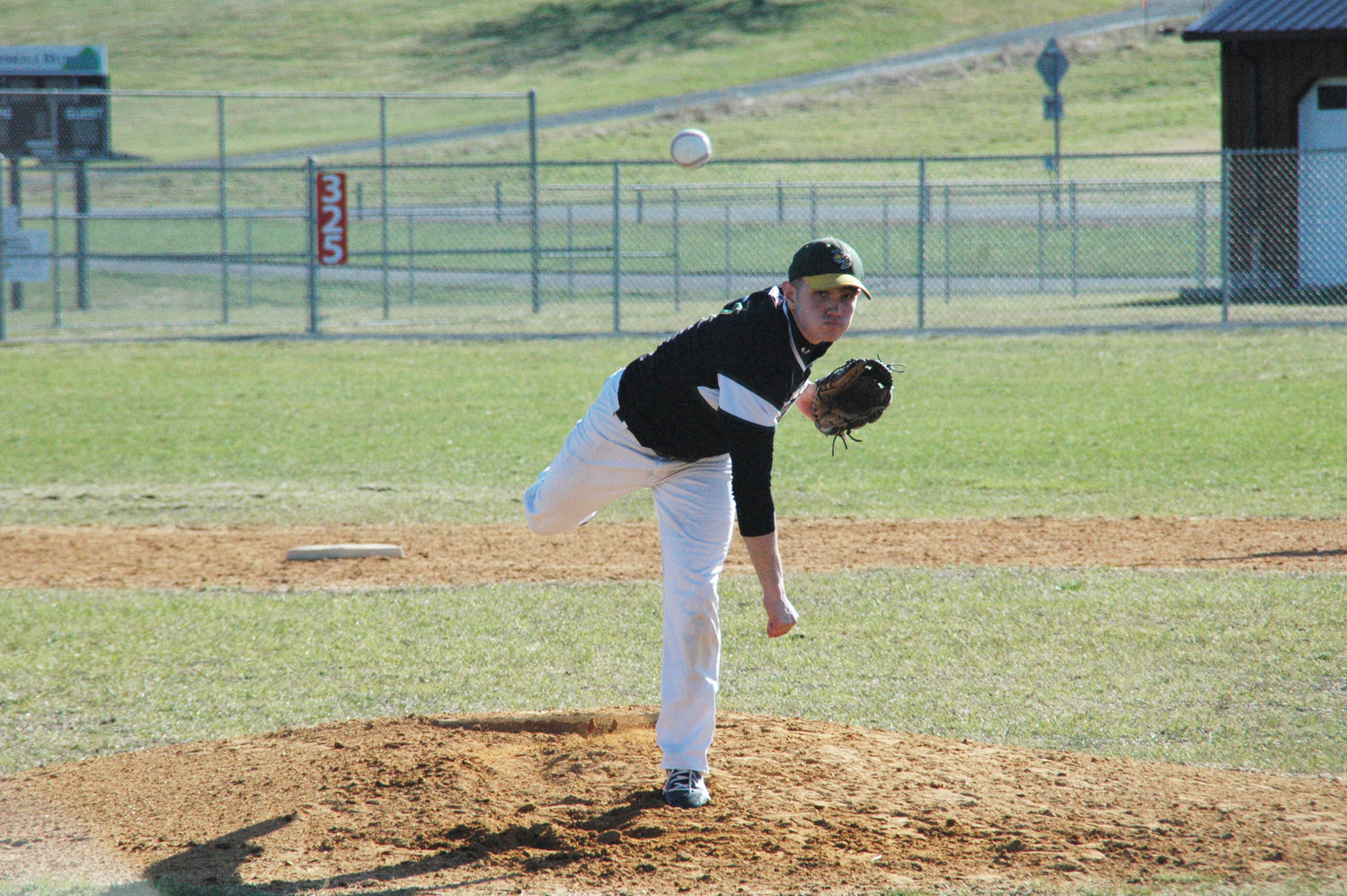 Matt Ranaudo started Tuesday’s game for the Yellowjackets and pitched 4.2 innings, giving up just one hit and striking out five Bears on the way to a non-league win. All three runs given up during his time on the mound were unearned.
Anthony Morgano | Democrat 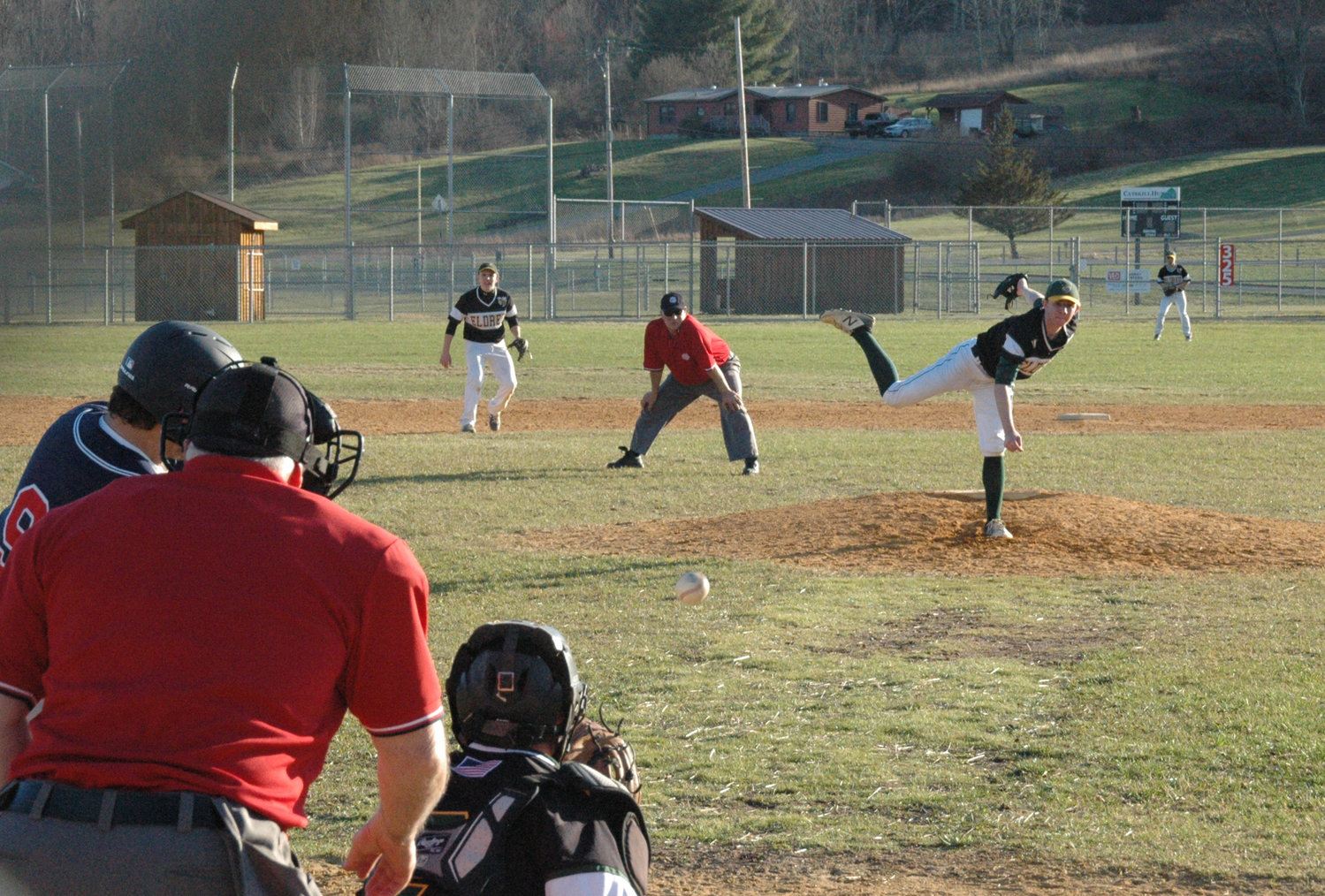 GRAHAMSVILLE – The Bears are busy this week, with four games in the five week days leading up to Easter. Their first game on Monday was against Roscoe, just another day at the office for the Bears, winning 9-5 over the Blue Devils. On Tuesday, a back and forth battle ensued with the Yellowjackets, and Eldred was able to hold on for a 6-5 win.

Tri-Valley had a game against Chapel Field yesterday, and are ending their week with a league matchup against Chester today.

On Monday against Roscoe, Austin Hartman got the start and pitched well for Tri-Valley, notching 8 strikeouts in four innings. Hartman was also 2-2 at the plate, driving home two RBIs in the win.

Aiden Johnston started on the mound for Roscoe. He gave up four runs in the first inning but quickly settled down, allowing just one run over the next three innings. Anthony Zamenick took over in relief, and he gave up four runs before settling in and posting a zero in the sixth. Roscoe’s pitchers combined for eight strikeouts on the afternoon.

Ian Mullen relieved for Tri-Valley, pitching three innings and earning five strikouts. In the top of the 7th, the Blue Devils scored a run to cut the lead to four, then had bases loaded with the tying run at the plate before the Bears secured the final out.

“We’re making strides with every game,” Roscoe Coach Corey Booth said. “We held it together much better today, it wasn’t a blowout.”

The Bears, who had to manage their pitching and strategize for the rest of the games this week, had a similar sentiment about growth after the win.

“We focus on having quality at bats,” Bears Coach Kevin Crudele explained. “When we put the ball in play, good things happen. And having that approach at the plate allows us to battle.”

After a nine run, nine hit game for Tri-Valley on Monday, the Bears hosted Eldred on Tuesday in another non-league showdown. A pitcher’s duel ensued between Andrew Cox and Matt Ranaudo, with the two combining for 16 strikeouts in their innings on the bump. After some late game heroics by both teams, the dust finally settled and Eldred finished with a 6-5 win.

Cox had 11 strikeouts in 4.2 innings, with only three outs being made in the field during his start. He struck out the side twice, in the second and fourth innings, while earning two each in the first and third and one in the fifth.

Ranaudo finished with 5 K’s over 4.2 innings, giving up just one hit and three unearned runs. Josh Warming came in for relief, getting the final seven outs of the game for the Yellowjackets, four of which were strikeouts.

Both Eldred and Tri-Valley had to be patient at the plate, and mostly settled for weak contact and smart baserunning to manufacture runs.

“We haven’t been able to get out on the field much so our games have been our practice,” Eldred Coach Joshua Santoro said. “We have a young team this year, and I’m proud of how these guys have been able to turn things around when they face adversity.”

The Yellowjackets are off until after spring break, while the Bears played Chapel Field yesterday and host Chester today.

“We have some things that we still need to clean up,” Coach Crudele said of the Bears. “Putting the ball in play and baserunning errors are things that’ll come as the season continues. We’re looking to clean up the simple mistakes with our other games this week.”

The Chapel Field Lions defeated the Bears 12-0 on an 11 a.m. showdown on Thursday. The Bears will be back in action this morning against the Hambletonians at 11 a.m. hoping to rebound after the two losses.