Belmonte named ‘Player Of The Year'

Australia's Jason Belmonte was voted the 2020 Chris Schenkel PBA Player of the Year. The announcement was made last week by PBA CEO Colie Edison and PBA commissioner Tom Clark. Belmonte received the …

Belmonte named ‘Player Of The Year' 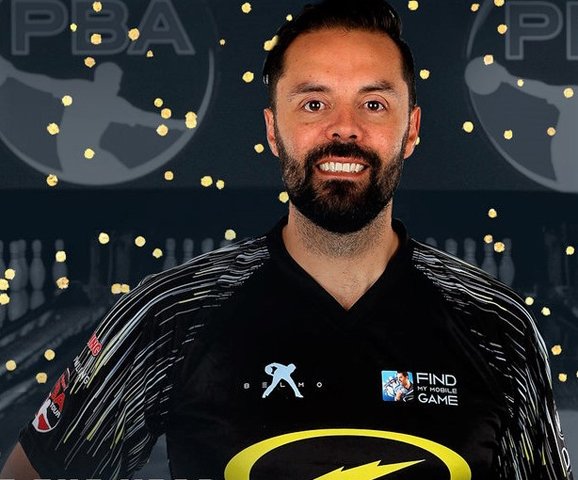 Australia's Jason Belmonte was voted the 2020 Chris Schenkel PBA Player of the Year. The announcement was made last week by PBA CEO Colie Edison and PBA commissioner Tom Clark. Belmonte received the vast majority of votes from PBA membership and veteran bowling writers, with Bill O'Neill coming in a distant second and Kris Prather third.

This is the second consecutive and sixth career Player of the Year Award for Belmonte, tying PBA Hall of Famer Earl Anthony for the second-most all-time POY awards. Only Walter Ray Williams Jr., with seven, has more.

“Being the Player of the Year is the highest honor a PBA player can have, and I'm proud to own that title again,” said Belmonte. “It's the ultimate reward for a year of dedication and travel and leaving loved ones. To equal the great Earl Anthony with six is amazing and something special to me.”

Belmonte, 37, won two major championships in 2020 to extend his PBA record to 13 career major victories. His win in the U.S. Open made him the second player in history, after Mike Aulby, to complete the Super Slam of all five major titles. In the final event before the COVID-19 pandemic forced a pause to the season, Belmonte won his third consecutive PBA World Championships.

With another groundbreaking year complete, Belmonte has set his goals even higher.

“I have my eyes firmly set on Walter Ray's record of seven Player of the Year Awards and to continue to build my resume with major and national title wins,” said Belmonte. “More specifically the U.S. Open. Winning that event, a second time will see me holding the Super Slam twice. That would be amazing.”

After nearly seven months at home, Belmonte returned to the United States and won his third PBA Chameleon Championship for his 25th overall career title. Belmonte is now tied for 10th all-time with Hall of Famer Brian Voss. His three titles in 2020 were more than any other player aside from Kyle Troup, who also had three wins.

In the 13 events he entered, Belmonte finished in the top five eight times and led all players in both competition points, average (225.31) and earnings (a career-best $292,800). By qualifying for all four major championship finals telecasts, Belmonte became the first player in PBA history to advance to the championship finals in four majors in a single season for the third time, matching his accomplishments in 2019 and 2013. No other player has done so more than once.

The start date of the 2021 United States Bowling Congress Open Championships will move to May 1, and the event will feature a modified schedule to allow for social distancing with one team per pair during competition.

Flexibility in the availability of the South Point Bowling Plaza and nearby South Point Bowling Center, plus the commitment of the property's leadership to the success of the 2021 USBC Open Championships, will allow up to 50,000 bowlers to return to the biggest stage in bowling in 2021.

The tournament is slated to run for 79 days from May 1-July 18, but adjustments to the daily squad schedule will allow the entry capacity to remain at more than 9,300 five-player teams. Based on demand, the 2021 Open Championships can be extended as far as July 31, increasing the potential capacity to nearly 11,000 teams.

The event originally was scheduled to begin March 6 and conclude July 18.

"We are grateful that our partners at South Point are as committed to the Open Championships as we are and that they were willing to help us find a way to conduct the event while meeting local social distancing guidelines," USBC Executive Director Chad Murphy said. "We are confident that vaccine distribution in early 2021, along with good planning, will allow our members to return to the lanes and see champions crowned once again."

The new location for the Bowlers Journal Championships and practice sessions in 2021 will be announced by Feb. 1.

The primary need for the additional lanes for the 2021 Open Championships is because team competition will shift from the traditional two teams per pair of lanes, to just one, to meet with the social-distancing requirements in Nevada. The maximum number of teams per day will be approximately 120, but four team squads will be required, instead of just two.

The doubles and singles format will not change, and each pair of lanes still will feature four bowlers (two doubles teams) as planned. There will be five squads of D/S each day.

Teams signed up to compete in March and April will work with the tournament staff to select alternative dates, but if the timing doesn't work, captains will have the option to receive a tournament credit toward their 2022 entries or receive a complete refund.

Teams currently scheduled to bowl in May, June or July will not be required to change their competition dates, but they may be assigned new squad times based on the changes to the daily schedule.

There is no action to take at this time. Captains of the more than 8,500 signed up for the 2021 Open Championships will receive further information and instructions by email no later than early next week.

Additionally, the online registration portal for the Open Championships will be offline indefinitely to allow staff to reset the system and move teams to new squads.

During the downtime, the tournament staff will work with captains to relocate teams currently scheduled for March and April, while also reassigning squad times for teams signed up for May 1 and beyond.

Once the system reopens, captains would be able to log in to adjust their dates or squad times on their own, based on what's available.

Another feature being introduced at the 2021 event to help minimize person-to-person contact and money exchange will be a cashless system for purchasing brackets. Brackets entries during the 2021 event must be purchased using a credit or debit card.

For those competing in the USBC Women's Championships at the National Bowling Stadium in Reno, Nevada, no additional changes have been made to the format or competition dates.

The 2021 Women's Championships will take place in Reno, Nevada, from April 23-July 4, and the registration process opened with social distancing in mind, allowing for just one team per pair of lanes, per team squad.

This week's tip talks about the bowling release.

Releasing the ball means understanding the axis rotation. Geometry is a very important subject when talking about axis, plans and angles. When you release the ball, an entire geometrical construction is released also.

The spinning of the ball is the main arm of releasing the ball. You have to observe the ball spinning a lot of time before throwing it on the platform.

The spinning must be smooth and it must apply the two axis of rotation, vertical and horizontal. Most prefer to spin the ball watching the horizontal axe because it is easier and handier.

A good thing you could do in order to improve your axis rotation would be to find a good bowler who could watch you bowl and could teach you exactly how to release the ball.

All in all, it can be said that releasing the ball in bowling requires practice.

Visualizing the angles will make you understand the road of the ball.