LAKE HUNTINGTON - Sometimes outstanding local athletes do not receive more widespread recognition. They may be celebrated in their communities or even garner recognition from their section, but … 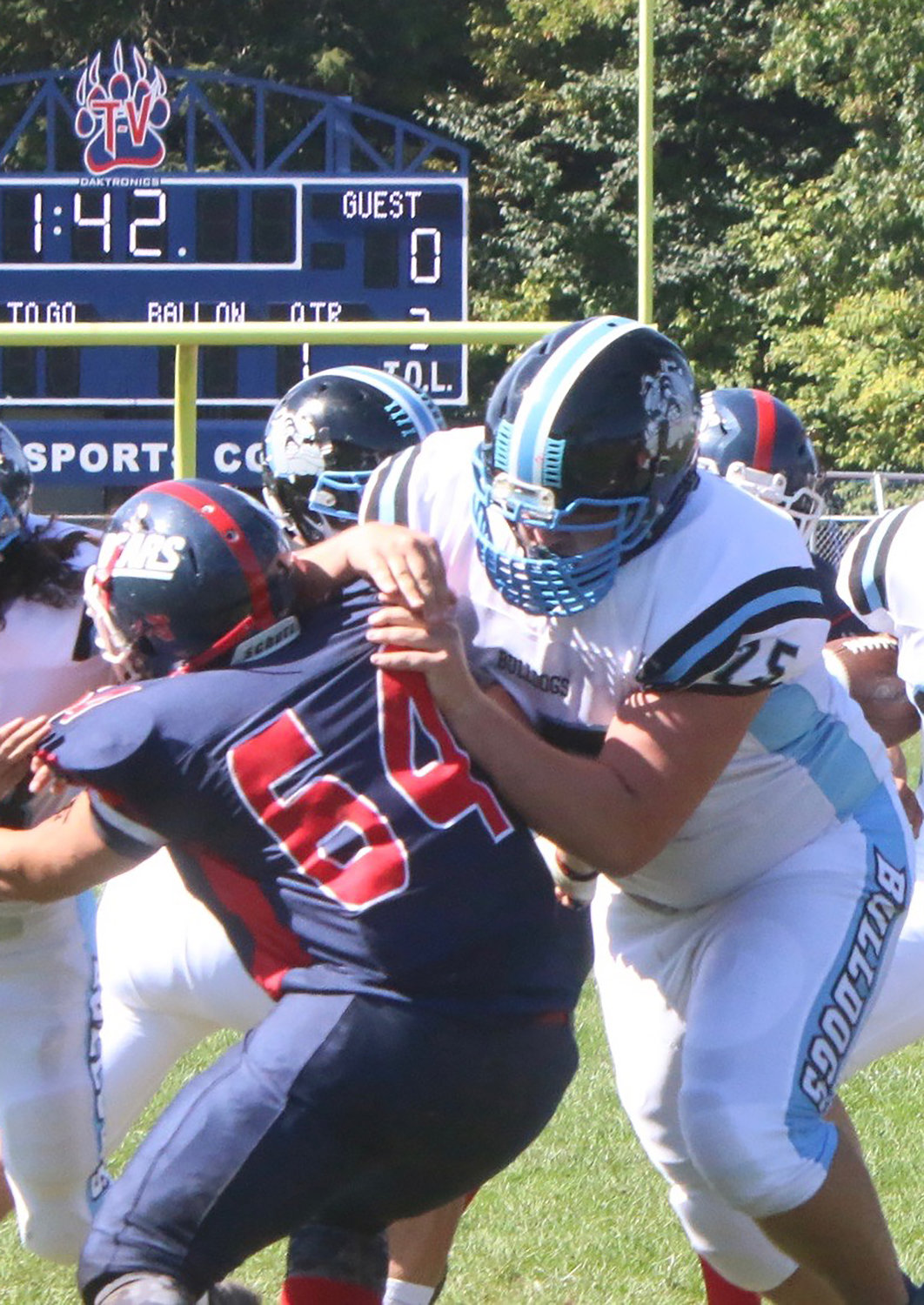 Chris Campanelli authoritatively blocks Tri-Valley senior linebacker David Allison in one of the Bulldogs league victories. Campanelli’s 32 pancake blocks on the season helped the team reach an impressive 2,138 rushing yards on their way to a Division Championship.
Richard A. Ross | Democrat
Posted Tuesday, January 18, 2022 6:20 am
Richard A. Ross

LAKE HUNTINGTON - Sometimes outstanding local athletes do not receive more widespread recognition. They may be celebrated in their communities or even garner recognition from their section, but unless they win a state championship or at least contend for one in a final four, oftentimes their exploits are rarely picked up by the New York State Sportswriters Association.

In their recent announcement of state All-Stars, Sullivan West’s Chris Campanelli was named an offensive lineman first team All-Star in the Eight-Man Football category. It is an honor well-deserved. Campanelli was the subject of great praise and respect from every coach of opposing teams that the Bulldogs faced this season. Moreover, he was the focus of defensive strategies designed to limit his overwhelming impact. Much of that was to no avail as the 6-2 Bulldogs reached the Section Nine Eight Man Football championships and were it not for Covid-related absences that deprived the team of five players and an untimely injury to quarterback Gavin Hauschild, a Sectional title might have been within reach.

While he was honored by NYSSWA for his OL play, Campanelli was also an anathema to opponents due to his defensive prowess. Teams often double-teamed or even triple-teamed him to try and protect their quarterbacks or create openings for their running backs. This hardly thwarted him. In fact, it was a source of delight as he relished the extra attention.

Being recognized as a first team state All-Star is a huge honor for this young man of estimable size, heart and a love of the game. We here at the Sullivan County Democrat wish to congratulate Chris, and we’ll be sure to keep on the lookout for his ongoing exploits as he plays at the next level. Campanelli joins other standouts from Section Nine Eight Man Football. Followers of the game and the Bulldogs season will clearly recognize his All-Stat cohorts: