Bikers deliver bikes to kids who had it stolen

Bikers deliver bikes to kids who had it stolen 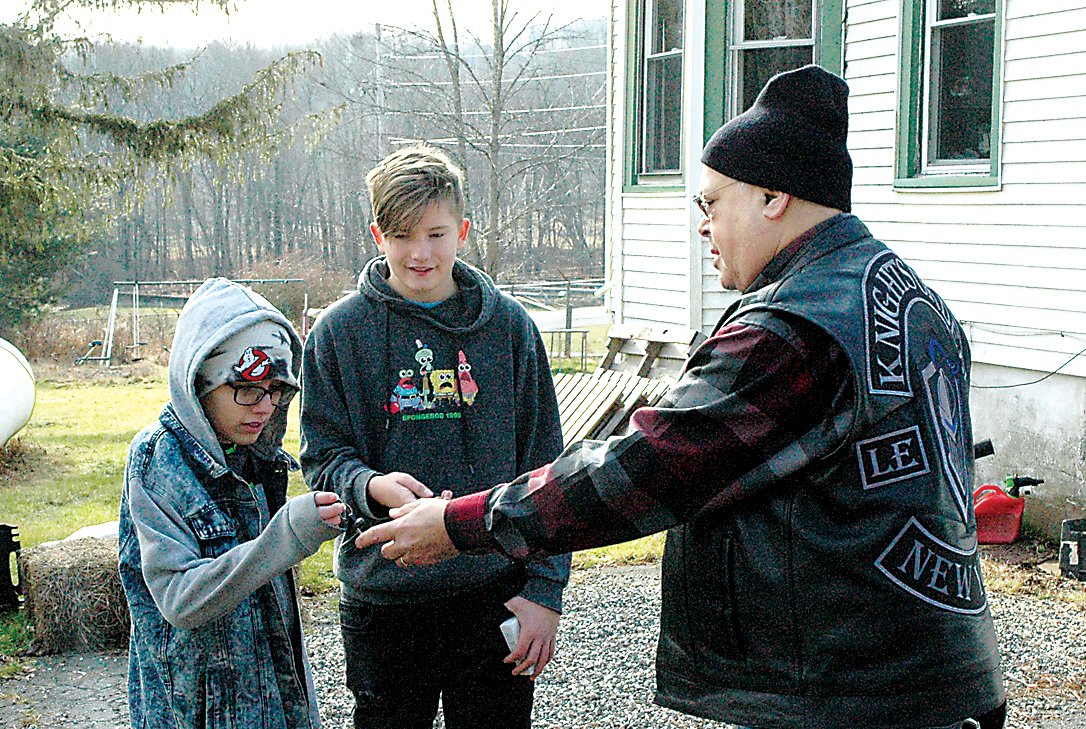 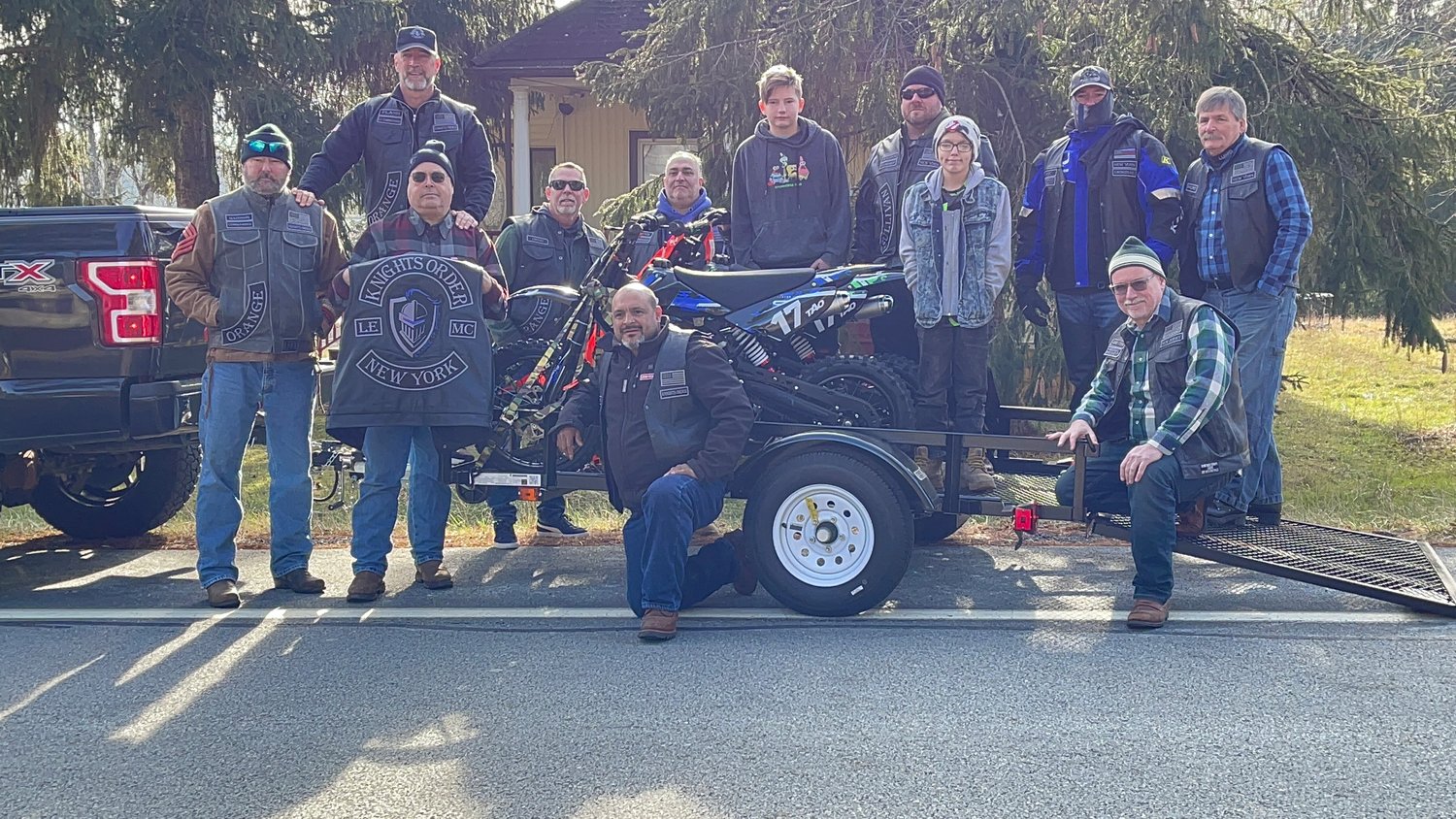 After weeks of fundraising, the Knights Order Law Enforcement Motorcycle Club (LEMC) purchased and delivered two brand-new motor bikes on December 21 to cousins, Cody, 15, and Austin, 15, of Loch Sheldrake, who recently had their project bike stolen after working diligently during this past summer season in order to afford it.

The Democrat previously reported in early December of Knights Order LEMC’s attempts to raise funds for the cousins, as the President of the club’s Sullivan County chapter, Gabriel Espinosa, took the project and the boys under the motorcycle clubs’ wing.

“The story [of the bike being stolen], it broke my heart. We want to get them brand new bikes,” Espinosa told the Democrat in early December.

Since then, the fundraiser’s success enabled Espinosa and the motorcycle club to extend their passion for riding motorbikes to the young boys.

Members of the Sullivan County chapter of the Knights Order LEMC, along with members of the Orange County and New Jersey chapters, delivered the bikes to the boys’ front door.

Cody and Austin plan on spending their first few times riding the new bikes when the weather turns warmer, getting used to them, growing more comfortable riding and making the bikes fully their own.

The boys expressed their gratitude to the members of the Knights Order LEMC, and all those who assisted in the fundraising process. The bikes also came with a four-month membership to the Catskill Martial Arts Academy, located in Loch Sheldrake, where the boys are invited to receive martial arts instruction from the owner of the academy and seventh degree black belt, Grandmaster Donald Belsito Jr.

After the drop-off, Espinosa treated the boys to their own bike-locks in order to protect the new motorbikes from anyone who may attempt to wrongfully steal from the boys, keeping the new treasures right where they belong, and ensuring the boys’ ability to ride long into the future.