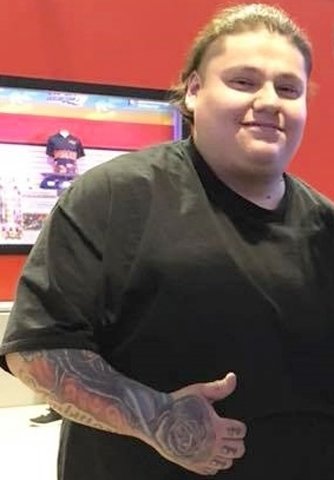 Always looking for something new we have decided to put the spotlight on the bowler this bowling season with a feature from time-to-time that will talk about what our local bowlers are up to this year.

For our first in depth article we have asked 25-year-old Monticello bowler Pedro Joseph Agapito III to step up to the plate and tell us what's happening in his bowling world.

A graduate of Monticello High School Pedro first started bowling at the age of 9, and he learned about the game in the Saturday morning youth league at Kiamesha Lanes for seven years.

At the present time Pedro bowls in two leagues, the Monday Men's and the Friday Mixed, both at Kiamesha Lanes. His team mates in the Monday league include Bobby Patel, Charlie Tuttle and Vinny Collura.

He holds down a 230 average in the Monday league and a 240 average Friday nights.

Three-hundred games and 800 series are almost automatic for Pedro as he has recorded somewhere around 35 in each category.

When asked if he ever dreams about bowling professionally Pedro says, “I would love to one day.”

Remembering his experience while bowling in the Professional Bowlers Association 2018 U.S. Open at Syracuse, we asked Pedro what he took away after competing under difficult conditions and what he learned that has had an efffect on his bowling today.

He said, “It was definitely an experience but it was well worth it.....bowling with all the people I watch and look up to."

“The main thing I learned is to be consistent and if you asked the bowlers I bowl with now all I talk about is me being consistent and that's all I work on.....I want to make sure of my speed, the way I release my ball, where I throw my ball and everything is consistent every time,” Agapito said.

When asked what's it like bowling in the COVID-19 era Pedro noted, “It's not too bad and I don't like the mask but it's something I have to deal with for now."

One of the great joys Pedro has had the past several years is his marriage to Angela and the birth of their son, Jaylen Nelson Agapito who is now 10.5 months old.

His full-time job is being a stay at home dad taking care of Jaylen.

When asked who his favorite professional bowlers are he noted, "Jason Belmonte and Parker Bohn III."

It was Rash's 16th Go Bowling PBA Tour title overall, moving him into a tie for 24th all-time, but the 38-year-old's first WSOB title after many close calls in World Series competition.

“This one felt good,” said Rash, originally from Anchorage, Alaska. “Getting to check off that (WSOB) box on my career, to beat the best of the best in the world. That is one I have wanted for a long time.”

Rash, the 2011-12 PBA Player of the Year, has been one of the World Series' most prominent star players throughout the 11-year history of the PBA's annual international showcase. He previously qualified for 15 WSOB TV finals without a win, finishing runner-up four times in different events.

“The depth of the field at the World Series, with the best from so many countries taking part, is why winning means so much,” said Rash, who advanced to six finals telecasts at WSOB III.

The triumph in the Cheetah Championship was Rash's second title of the PBA Tour 2020 season, following his PBA Oklahoma Open win in January. The 2,500 competition points he earned with the Cheetah victory also solidified the important 8th place position in the 2020 PBA Playoffs, which assures Rash a first-round bye in the upcoming season culminating event for the top 24 in 2020 points.

The tip this week is for all bowlers but will be especially beneficial to youth and beginning bowlers.

Many bowlers worry too much about their steps and footwork, giving little thought to their upper body position.

In the past, most new bowlers were told that you must use a four-step approach and push the ball away on the first step. This advise was generally imparted by someone with the word “coach” lettered on their shirt. Unfortunately, this advice is pure rubbish.

First of all, all bowlers have different body types, different flexibility and different lengths to their arms and legs. So how is it possible that everyone can effectively use the exact same four step approach? They can't.

If you look back at the legends of the game, did any two bowlers have exactly the same style? No.

The most important thing is to get the bowler's body in the correct position -- head over the ball with the bowling shoulder tilted to the ball side. In this way, the feet will go where they must so that you do not fall down.

The bottom line is if you are someone who works with new or youth bowlers, you must understand that everyone has different physiology so you need to help them get their body into the correct position and not focus on how many steps they take (or how these steps are taken) to get to the foul line.