His first 300 was rolled in the New York State Elks … 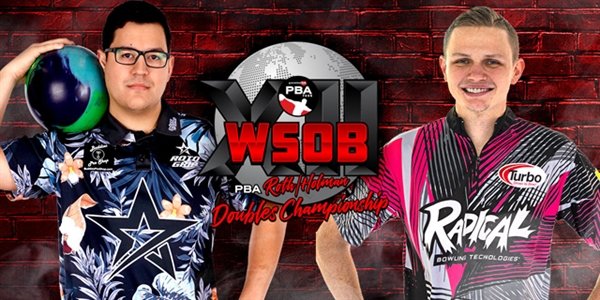 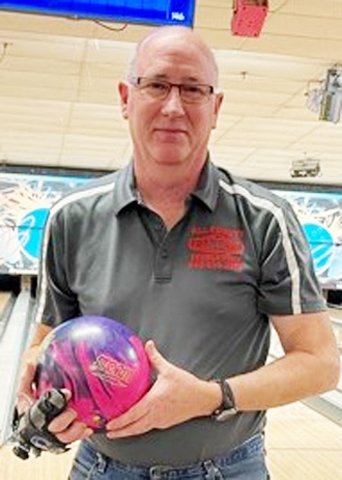 His first 300 was rolled in the New York State Elks Tournament seven years ago at Herkimer, NY.

This 300 was bowled on lanes 9 and 10 using a Storm Sure Lock bowling ball with the team Ellenville Gang consisting of team members Nick Daroci, Joe Smith and Michael Caiazzo.

Bradford currently has a 207 average in this the only league he bowls in.

Rich indicated that all the strikes were in the pocket.

Bowling for some 46 years this 300 score was bowled in the third game of the night which combined with single games of 237 and 212 gave him a 749 series.

Bradford is a retired (34 years) New York State Corrections officer and is married with two children.

Andrew Anderson and Kris Prather defeated No. 1 seeds Tom Daugherty and BJ Moore to win the PBA Roth/Holman Doubles Championship, 245-203. The win is the fourth career PBA Tour title for Prather and third for Anderson, whose first two titles came during the 2018 season, when Anderson was named PBA Player of the Year.

Seeded third, Anderson and Prather first had to contend with the defending champions, Jesper Svensson and Kyle Troup, who had just bowled a 278 game to eliminate Matt Ogle and Sean Rash. Svensson and Troup led through eight frames. Prather struck in the ninth frame while Troup left the 2-4-5 and failed to convert. In the 10th, Svensson spared and struck for a total of 202. Anderson needed two strikes and nine pins to win.

“I always love that moment,” said Anderson, who rolled the first two strikes. “Those were two of my best shots. The third one kind of got away from me, but I was happy to get nine and we moved on.”

From there, Anderson and Prather took control.

“Momentum is everything,” said Anderson. “We just got comfortable. This is the most comfortable you can be on a show. You're bowling next to your buddy and you trust each other. If we make an errant shot, we'll make up for it. That's how we did it all week during qualifying.”

“I've been bowling very confidently on the lanes,” added Prather, “and a big part of that is Andrew. He got me on the lanes a couple months earlier than I would normally start practicing for the PBA Tour. We're bowling and working together at home, so we're communicating all the time.”

In the semifinal match, Anderson and Prather defeated No. 2 seeds Marshall Kent and EJ Tackett, who have finished second in this event twice, including last season.

At 43 pins, the margin of victory in the championship match was the largest of the day for Anderson and Prather, defeating Daugherty and Moore.

“I'm glad Kris kept me around,” said Anderson, “I always said, if he'll give me four or five years as his partner, we'll win. It only took two.”

Do you find yourself unable to finish your delivery in a strong balanced position?

We offer this week's tip for any bowler who ends up out of balance at the foul line while delivering your bowling ball.

Out of balance may be a result of your follow through.

Bowlers who reach out find that the weight of the ball will pull their upper body forward and may cause them to lose their balance.

If you reach up you stay planted in a strong solid position and are able to deliver your bowling ball with accuracy and leverage.