SULLIVAN COUNTY – Schools across the County are gearing up for a ton of sporting events, with over fifty games scheduled across the eight schools. Fallsburg softball had their season opener … 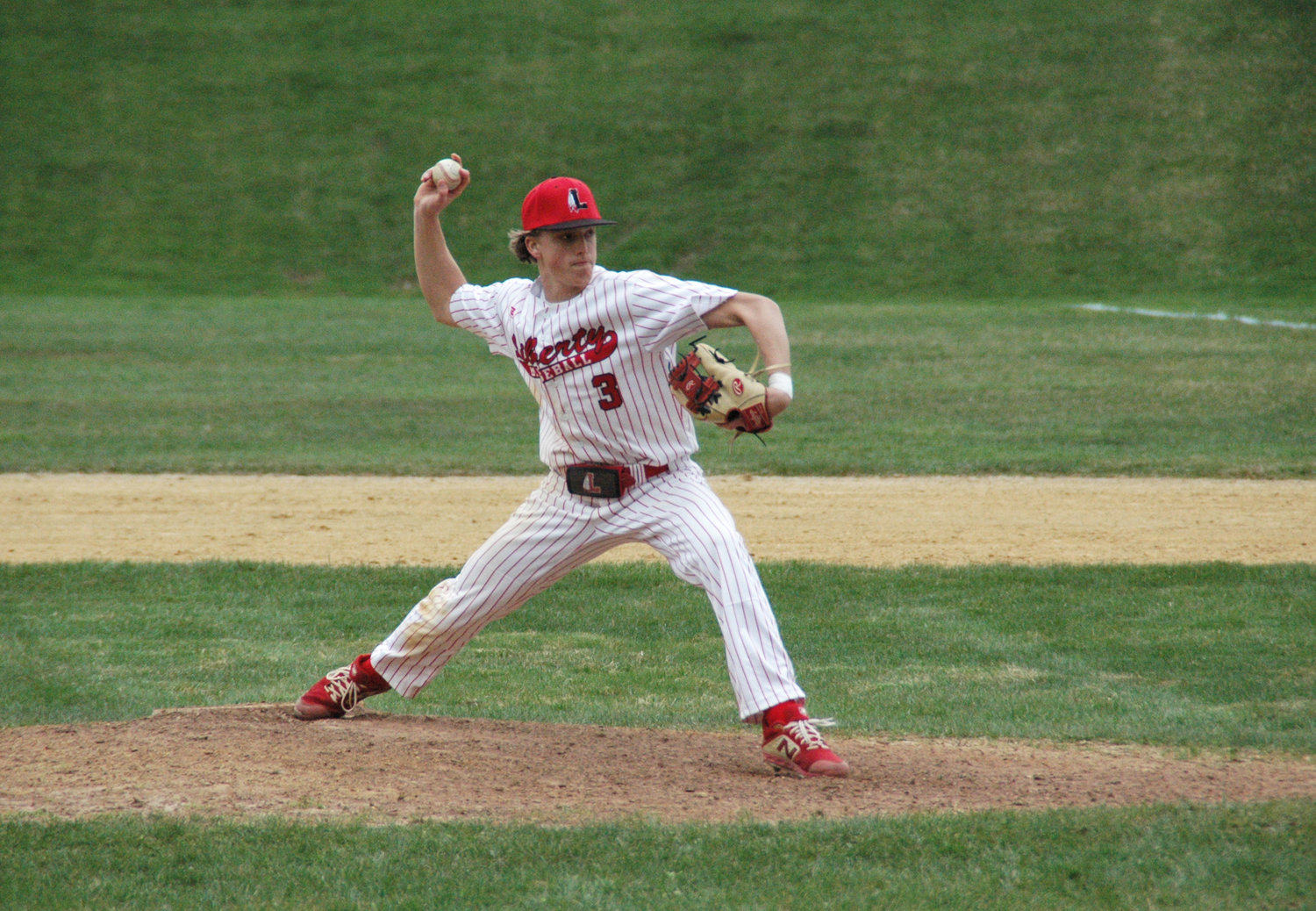 Ethan Werlau draws back to fire a pitch against Tri-Valley. He had a hit and an RBI in addition to relieving Tanner Bury on the mound.
Anthony Morgano | Democrat 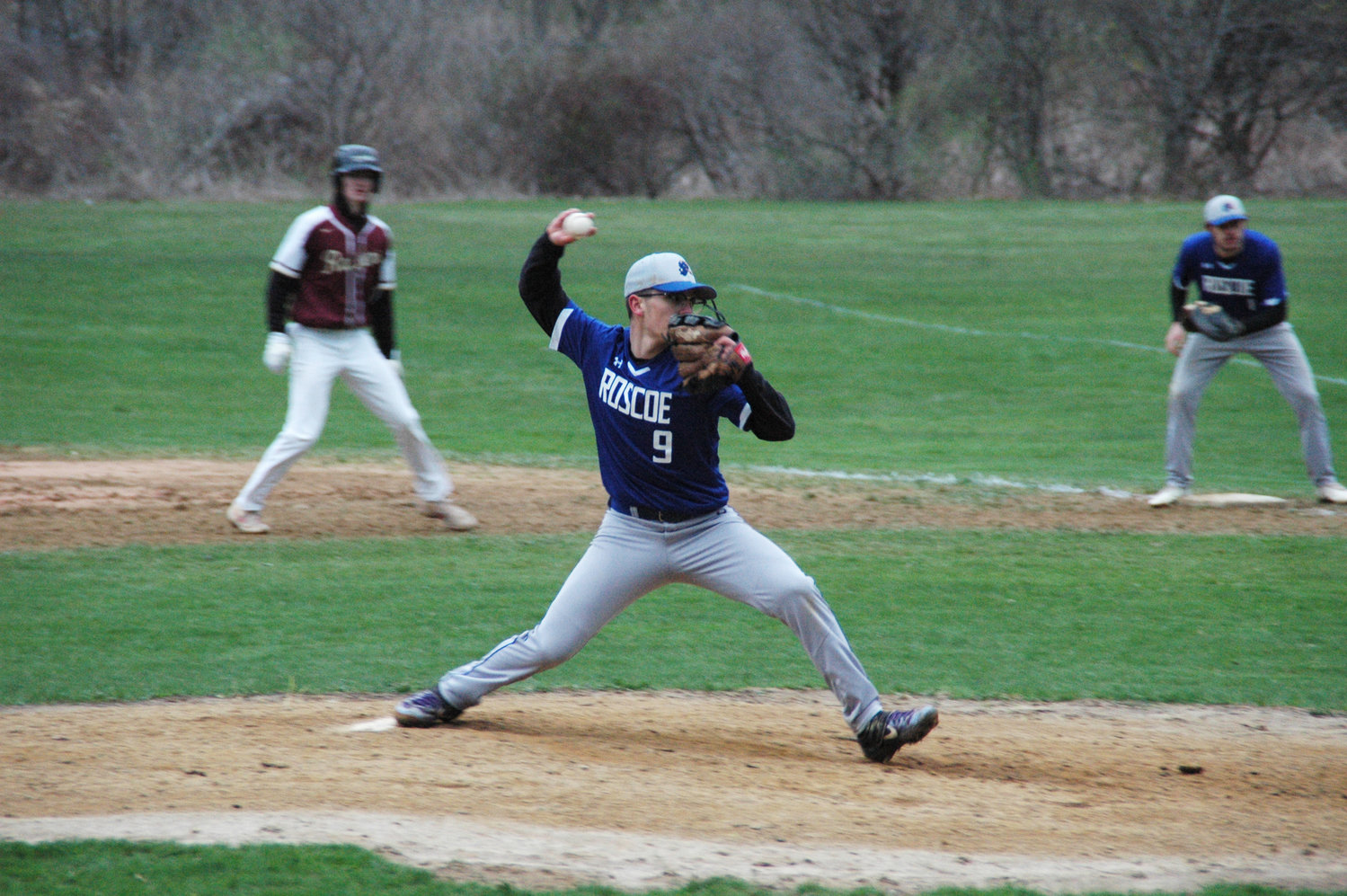 During a cold and windy home opener against O’Neill, Roscoe pitcher Paul Coman tried to bring the heat on the mound.
Anthony Morgano | Democrat 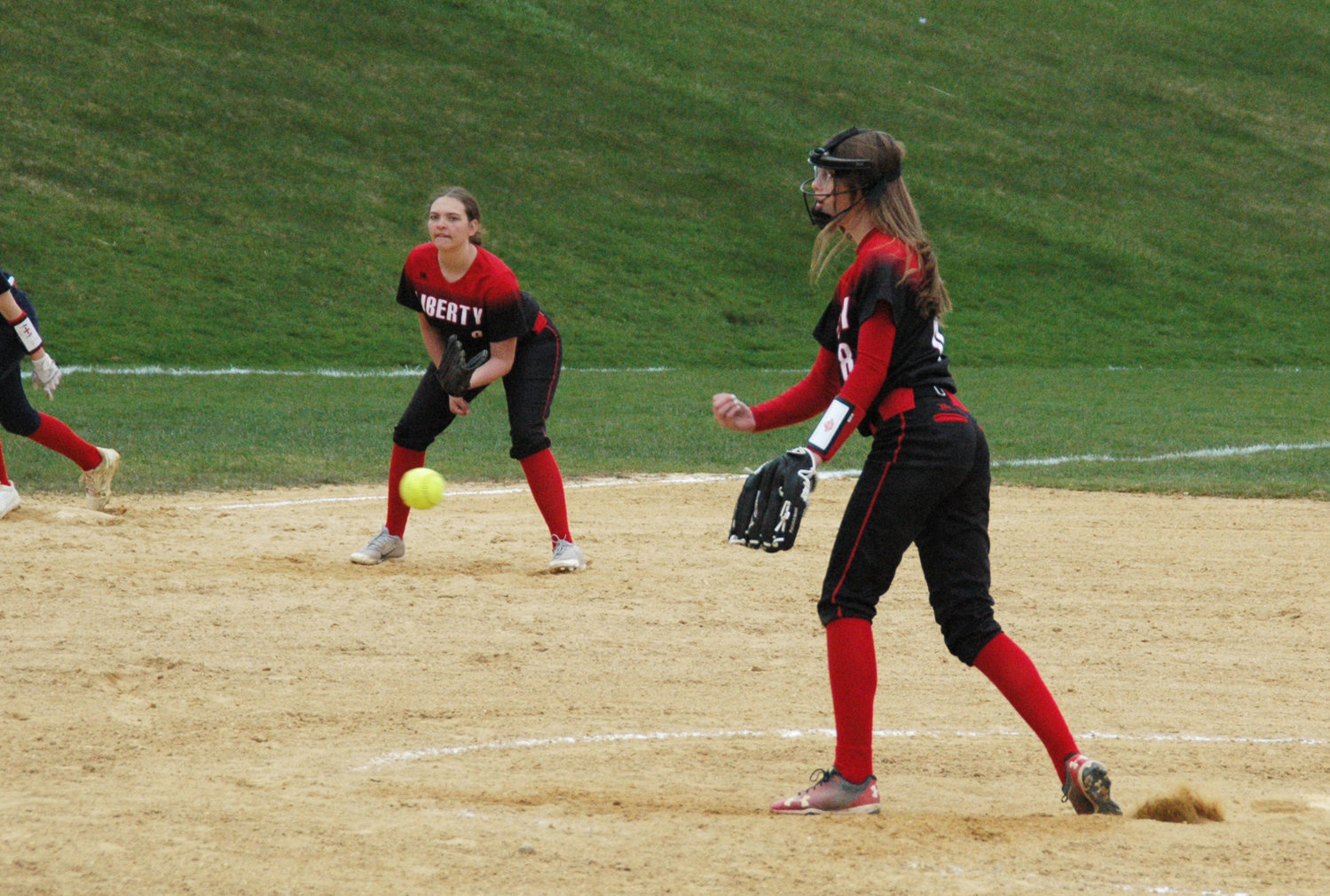 Rebecca Phillips tossed a complete game for Liberty in the loss to Tri-Valley. She had a hit in the loss to Seward as well.
Anthony Morgano | Democrat
Previous Next
Posted Friday, April 29, 2022 6:20 am

SULLIVAN COUNTY – Schools across the County are gearing up for a ton of sporting events, with over fifty games scheduled across the eight schools. Fallsburg softball had their season opener on Monday, and there are other teams still looking to get into the win column.

O’Neill beat Fallsburg 27-1, dropping the Comets to 0-6 on the season so far. Eugene Johnson had two singles in the loss, and Carlos Alvarado added a single and two stolen bases in the loss.

Fallsburg and Chester played on Wednesday afternoon and Chester defeated the Comets 18-3. Alvarado and Johnson both hit singles in the non-league game.

Roscoe visited Downsville on Tuesday, and the Eagles outscored the Blue Devils 15-4 to take the win. Roscoe is still looking for their first win, dropping to 0-3 on the year so far. Roscoe had their home opener on Wednesday against O’Neill, losing 28-7. Down only 8-7 at one point, O’Neill put their foot on the gas to extend the lead and put the game out of reach.

Eldred and Tri-Valley had a rematch yesterday after the Yellowjackets took down the Bears in Tri-Valley. This back and forth battle included 31 runs, 19 hits and 11 errors, as both teams struggled in the field. The Bears ended up on top, winning 17-14 by way of a 6-run sixth inning.

Liberty and Seward had a non-league matchup yesterday, and Seward’s pitcher Joe Buchalski was lights out, striking out 16 in a complete game one-hitter. Elliel Lima had the lone hit for the Indians. Liberty is now 0-7, but they are playing competitive games.

The Lady Comets had a rough opening matchup to start the season, having to play against O’Neill, who threw a no-hitter in a 19-0 victory. A. Cossentino struck out the first 8 Fallsburg hitters and amassed 12 strikeouts total.

Liberty and Seward battled on Wednesday afternoon, and Seward shut Liberty out 16-0 over five innings. Liberty’s record fell to 1-7 (1-0) and they will look to get back into the win column.

The Lady Yellowjackets stayed hot with a non-league win over the Lady Bears on Wednesday, 7-0. Dana Donnelly gave up 3 hits and struck out nine in the complete game, Lily Gonzalez had two hits, including a double in the win.