Carl Edwards of Myrtle Beach, formerly of Turnwood, passed away peacefully with his family at his side on Tuesday, April 28, 2020.

He was the loving husband of Louise Edwards (nee Dufficy), father … 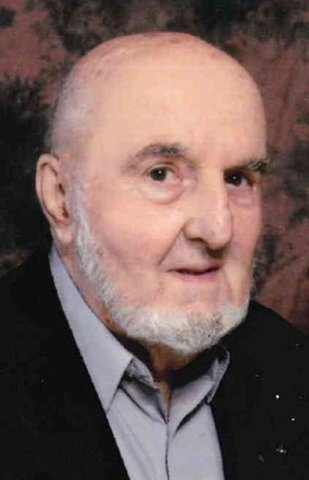 Carl Edwards of Myrtle Beach, formerly of Turnwood, passed away peacefully with his family at his side on Tuesday, April 28, 2020.

He was the loving husband of Louise Edwards (nee Dufficy), father of Carl, Cathy, Lisa and Misako. Grandfather of Wayne, Patricia and Kevin, great-grandfather of DiMari and Amylah.

Born on September 22, 1937 in Margaretville, NY to Mildred Ackerly and Lynn D. Edwards, he lived in Turnwood, NY and graduated from Livingston Manor High School, class of 1955 after starting school in a one room schoolhouse in Turnwood. In his high school years, he played basketball and baseball. He married Patricia Thompson in 1961. Carl proudly served his country in the US Army from 1960 until 1965. He then relocated his family to Accord, NY and began his career in New York State Dept. of Corrections, retiring in 1990 after 28 years of service. He was known to be very active in his community, as a little league coach, member of the Town of Rochester Town Board, a member of the American Legion Post 0111 in Ellenville, NY for 51 years, and a member of the BPOE 1971 in Ellenville, NY for 44 years. In 2000, he married Louise and together in 2004 they moved to Myrtle Beach, South Carolina. In his free time he enjoyed the outdoors, hunting, fishing, golfing and traveling.

He leaves behind to cherish his memory, his loving wife Louise; children Cathy, Lisa and Misako; grandchildren Wayne, Patricia and Kevin; great-grandchildren DiMari and Amylah; many cousins, friends and his beloved canine companion Bo.

He is predeceased by his parents; son Carl, Jr. an infant son; brother Wayne; and sister-in-law Joan.

A graveside service was held privately at Lew Beach Cemetery on Sunday, May 3, 2020. A celebration of life will be held at a later date.

Arrangements under the care of Colonial-Bryant Funeral Home, for further information call 845-439-4333 or visit www.colonialfamilyfuneralhomes.com.