GOSHEN - Masks when not on the golf course, physical distancing, plentiful hand sanitizer, and no post-golf festivities made Catholic Charities of Orange, Sullivan, and Ulster's 2020 Golf for Charity … 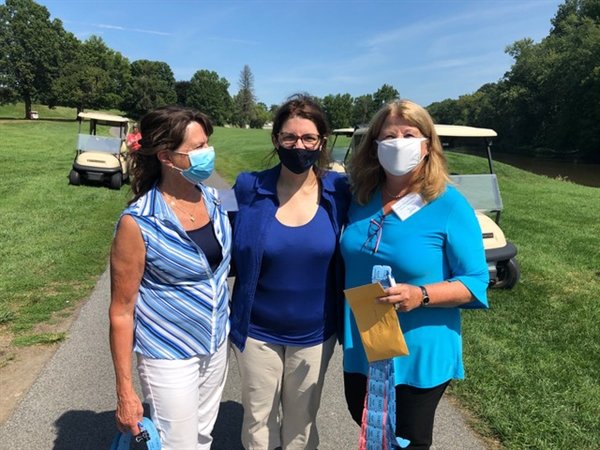 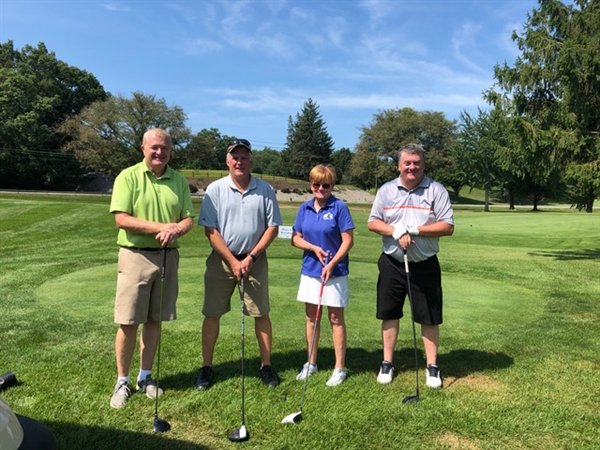 GOSHEN - Masks when not on the golf course, physical distancing, plentiful hand sanitizer, and no post-golf festivities made Catholic Charities of Orange, Sullivan, and Ulster's 2020 Golf for Charity Outing a tournament to remember.

Catholic Charities hosted 18 foursomes at West Hills Country Club for its 14th annual golf outing to raise much-needed funds for the non-profit agency's programs in the community, including emergency food and shelter assistance and addiction prevention and treatment. Nearly $40,000 was raised to support Catholic Charities work in Orange, Sullivan, and Ulster Counties.

“This year's outing will certainly be one we'll talk about for years to come,” said Tom Larsen, Esq., Board Member, Golf Committee Chair, and Senior Vice President of Government Relations at Mediacom Communications. “It has been a long six months coping with the pandemic and everyone who joined us was happy for the opportunity to have some socially distant interactions and a small return to normal. We are grateful to the golfers, sponsors, and other supporters who helped make the outing a success and raised funds for Catholic Charities' work in the community. As the pandemic lingers on, the requests for assistance are growing daily,” added Larsen.

Due to the revised program, winners were announced the following day and prizes were delivered by mail. Winning the top spot for women was the foursome of Kim Corkum, Janet Grahn, Mary Juliano, and Linda Stephan.

Earning first place for men was the foursome of Jake Kriney, CJ LaCosta, Tom Larsen, and Greg Lufty. Bella Pevzner and Dylan Dembeck were winners of the longest drive contest, and Joe Labelle earned top honors in the closest to the pin contest. All winners received gift certificates to the West Hills Pro Shop.

Dr. Dean Scher, CEO, Catholic Charities of Orange, Sullivan, and Ulster, welcomed the golfers to the outing and thanked them for their ongoing support. “Each year, we assist thousands of individuals in need of care, hope, and help. This year, as the pandemic continues, unemployment grows, and substance use increases, the needs are greater than ever for the marginalized and vulnerable served by Catholic Charities. The generous outpouring of support helps us make a difference for those who are struggling,” added Scher.

Catholic Charities launched its Reverse Mega Raffle at the golf outing. Tickets are $100, the top prize is $5000, and only 300 tickets will be sold.

This year's Tour will be a driving tour and feature outdoor light displays. For information, contact Kristin.Jensen@cccsos.org.