Livingston Manor, Eldred and Roscoe round out division records

ROSCOE – Section 9’s Class D was busy early this week, with three division matchups between the four schools. Roscoe split their back-to-back, losing to Chapel Field on Monday and …

Livingston Manor, Eldred and Roscoe round out division records 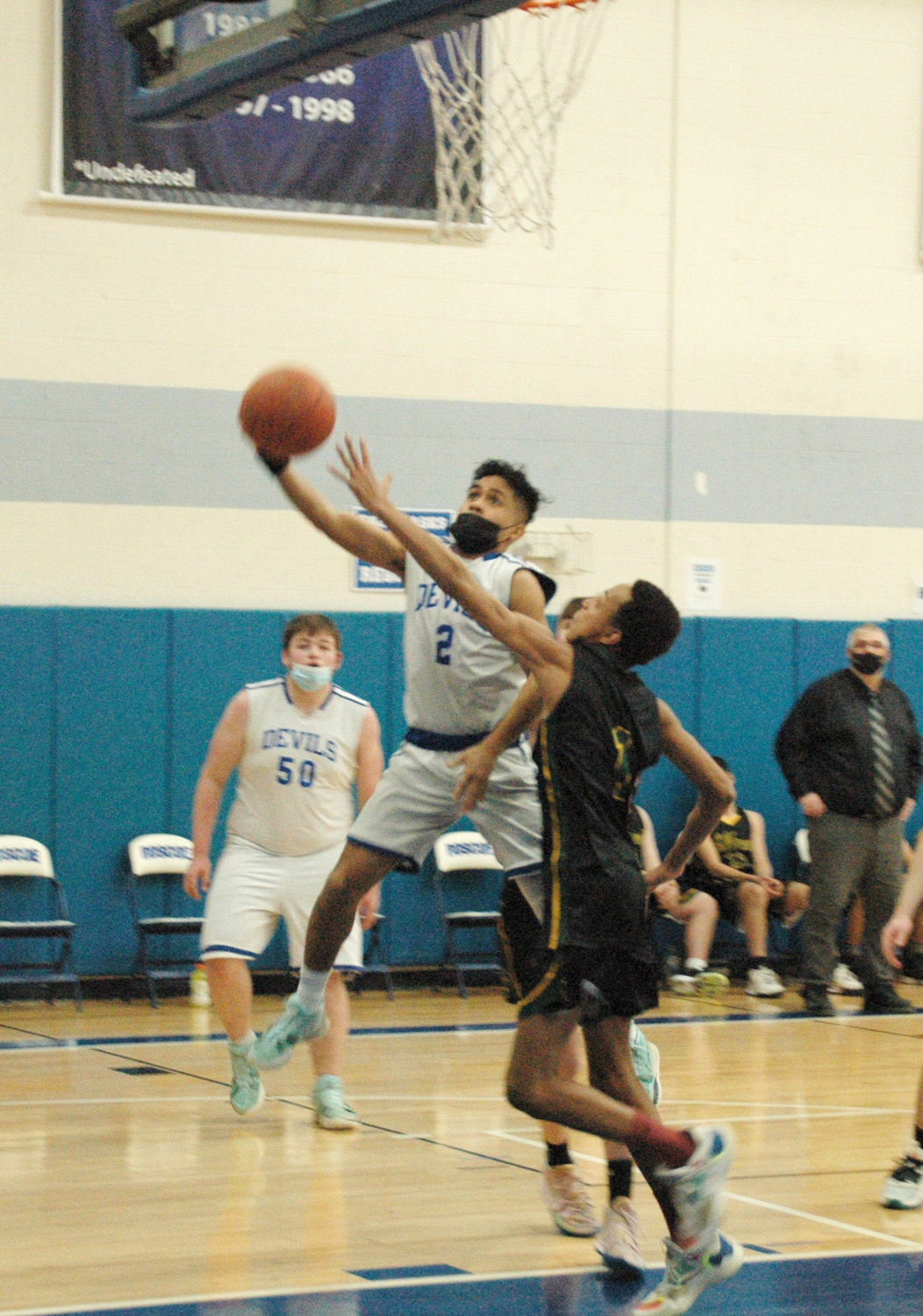 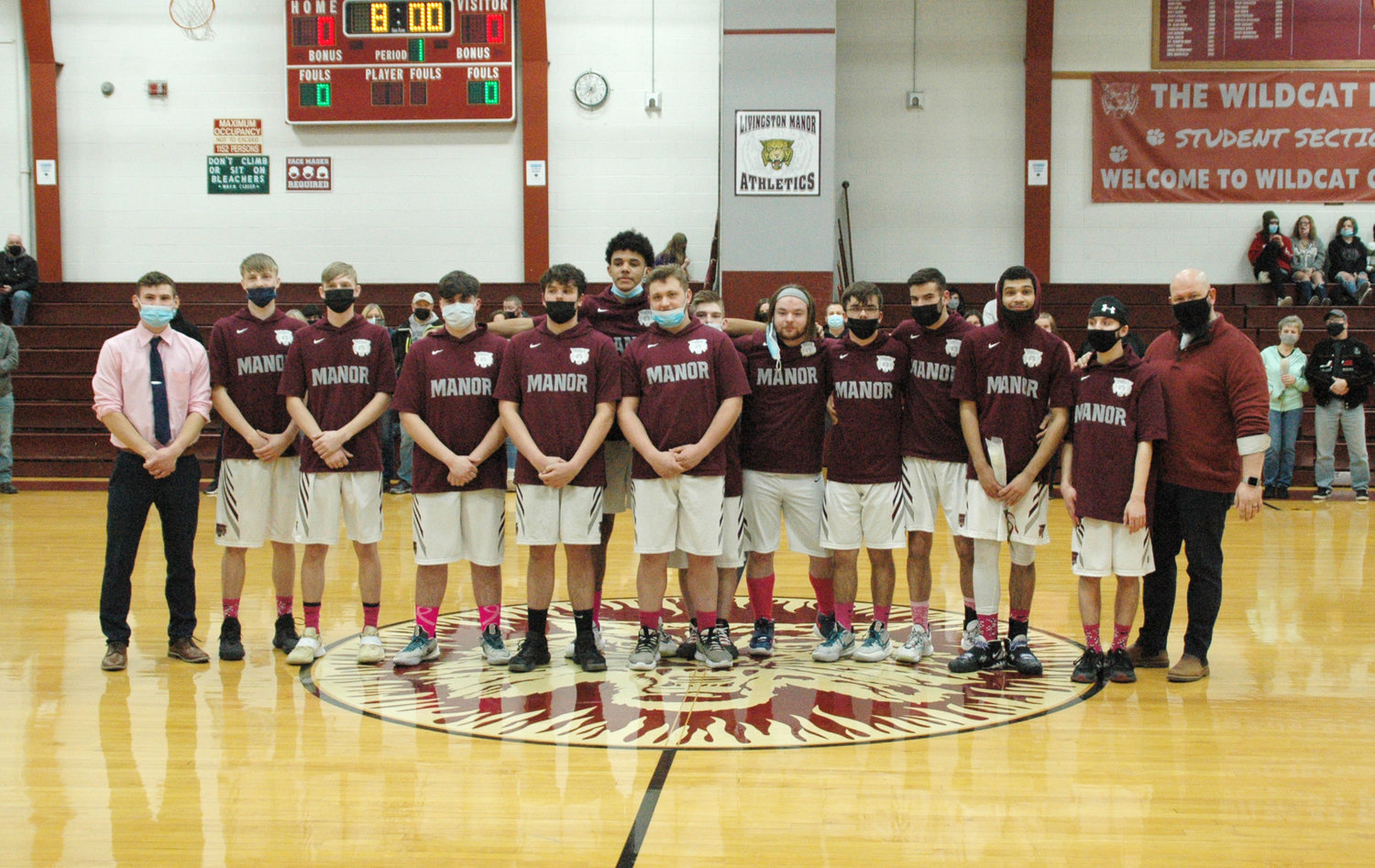 Livingston Manor’s 11 seniors were joined by their coaches and only underclassman, Daniel Tolbert, for a photo during their senior recognition night.
Anthony Morgano | Democrat 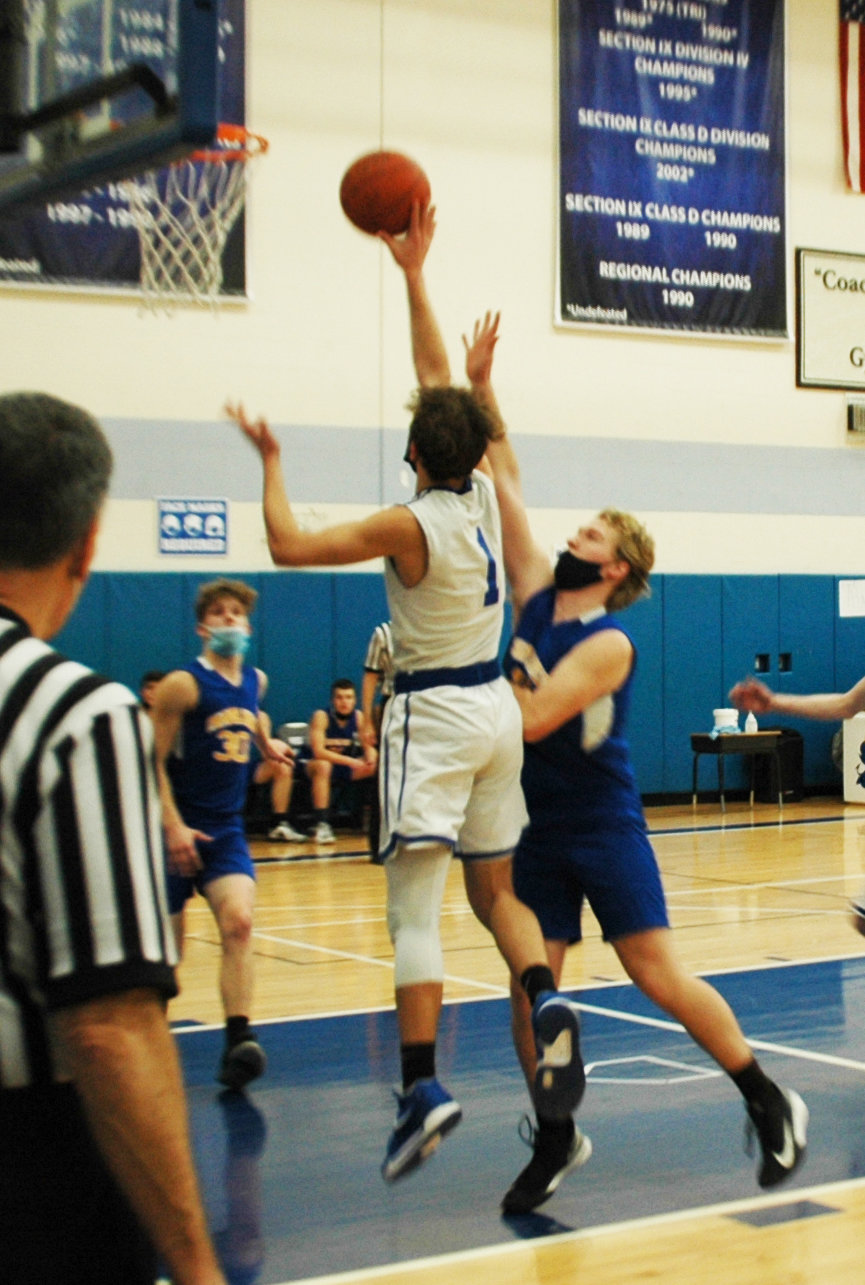 Anthony Teipelke led all scorers Monday night with 15 points. Despite the scoring effort, the Blue Devils came up short against the Lions.
Anthony Morgano | Democrat
Previous Next
Posted Friday, February 18, 2022 6:20 am
Anthony Morgano

ROSCOE – Section 9’s Class D was busy early this week, with three division matchups between the four schools. Roscoe split their back-to-back, losing to Chapel Field on Monday and defeating Eldred on Tuesday. Chapel Field defeated Livingston Manor on Tuesday night, so now each of the four teams have rounded out their division record as the regular season rapidly nears its conclusion.

At this point in the season, it is easy to see where each team stands. Chapel Field (5-1), Roscoe (5-1), Livingston Manor (2-4) and Eldred (0-6), though the division records don’t tell the whole story. Here is a look at how this week’s matchups shook out.

The Blue Devils and Lions were poised for another great game as the top seed was on the line Monday night. For three quarters, the teams did not disappoint. Trailing 15-8 after the first quarter, Roscoe’s 16-9 second quarter tied the score at 24 at halftime. Chapel Field outscored Roscoe by 3 in the third quarter, but the game was still close, 38-35 Chapel Field.

In the fourth, Chapel Field’s 16-3 finish gave them a definitive win over a team that they will likely see again in the postseason. The Blue Devils beat the Lions by 9 in their first meeting, but the 14-point loss on Monday sets Chapel Field up as the #1.

The Blue Devils outmatched the Yellowjackets in their second meeting. Eldred, a young team gaining valuable experience, is poised for the next few years, as their many underclassmen grow. Roscoe was able to secure the win on their senior recognition night and cement themselves as a strong contender for the Section Championship.

The Lions, like the Blue Devils, had a back-to-back Monday and Tuesday, with the Wildcats on the docket for night two. Livingston Manor, hosting their senior recognition night for their eleven seniors and coming off a stunning overtime victory over Tri-Valley at SUNY Sullivan on Saturday, needed to win to earn the .500 division record in order to qualify for Sectionals. The Lions had other plans. From the tip, the Lions shot the lights out and their defense forced a swath of turnovers. The result? A 38-3 lead for Chapel Field just before halftime. Livingston Manor managed a late 8-0 run before the break, and by halftime they trailed 38-11.

In the third, the Wildcats outscored the Lions 20-12, but the Lions reversed that in the fourth to make sure that their lead would stay in tact. The win secured the top seed for the Class D section, as well as eliminating Livingston Manor from Sectional contention.

Time will tell what is next for these teams and players, but it has been an interesting regular season full of highs and lows.