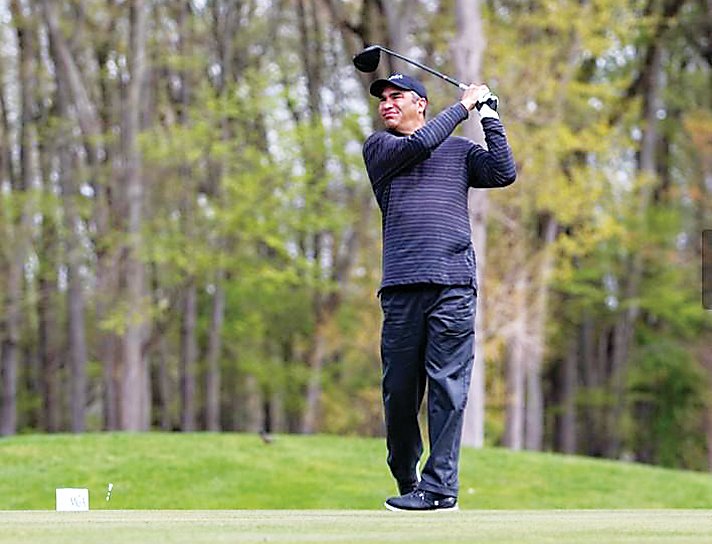 Cohen, 58, shot rounds of 71-77 (a four-over par total) to finish four shots out of the lead. Dennis Lynch of Long Island won the tournament, the MGA’s premier event for amateur golfers 55 years and older.

Cohen’s first-round one-under 71 put him tied for third entering the final round, just two shots off the lead held by Matthew Meyer and Tore Carlson. Playing in the next-to-last group on a course set up much longer by the Metropolitan Golf Association (MGA), Cohen, like much of the field, struggled on the opening nine of the windy final round, shooting a 4-over par 40.

But after stringing together four straight pars to start the back nine, he found himself only a couple of shots off the pace as the leaders faltered. But a triple bogey on the short par-3 14th where his tee shot plugged in the bunker derailed any chances of winning. Still, Cohen battled back with an eagle on the par-five 16th hole to vault himself into the top 10. Two solid pars on the closing holes secured his sixth-place finish.

The top-10 earned Cohen exemptions into the Met Senior Open to be played in August at The Patterson Club in Connecticut and the Met Mid-Amateur to be played in October at Tuxedo.

“It was nice to be in the hunt and feel that rush,” Cohen said of his performance. “The first day I drove the ball really well only missing one fairway. The second round was more of a struggle off the tee but I was happy I fought through the round, making some nice five-foot par-saving putts and, of course, the eagle on 16 to get me into the top 10. It was a satisfying way to start the season.”