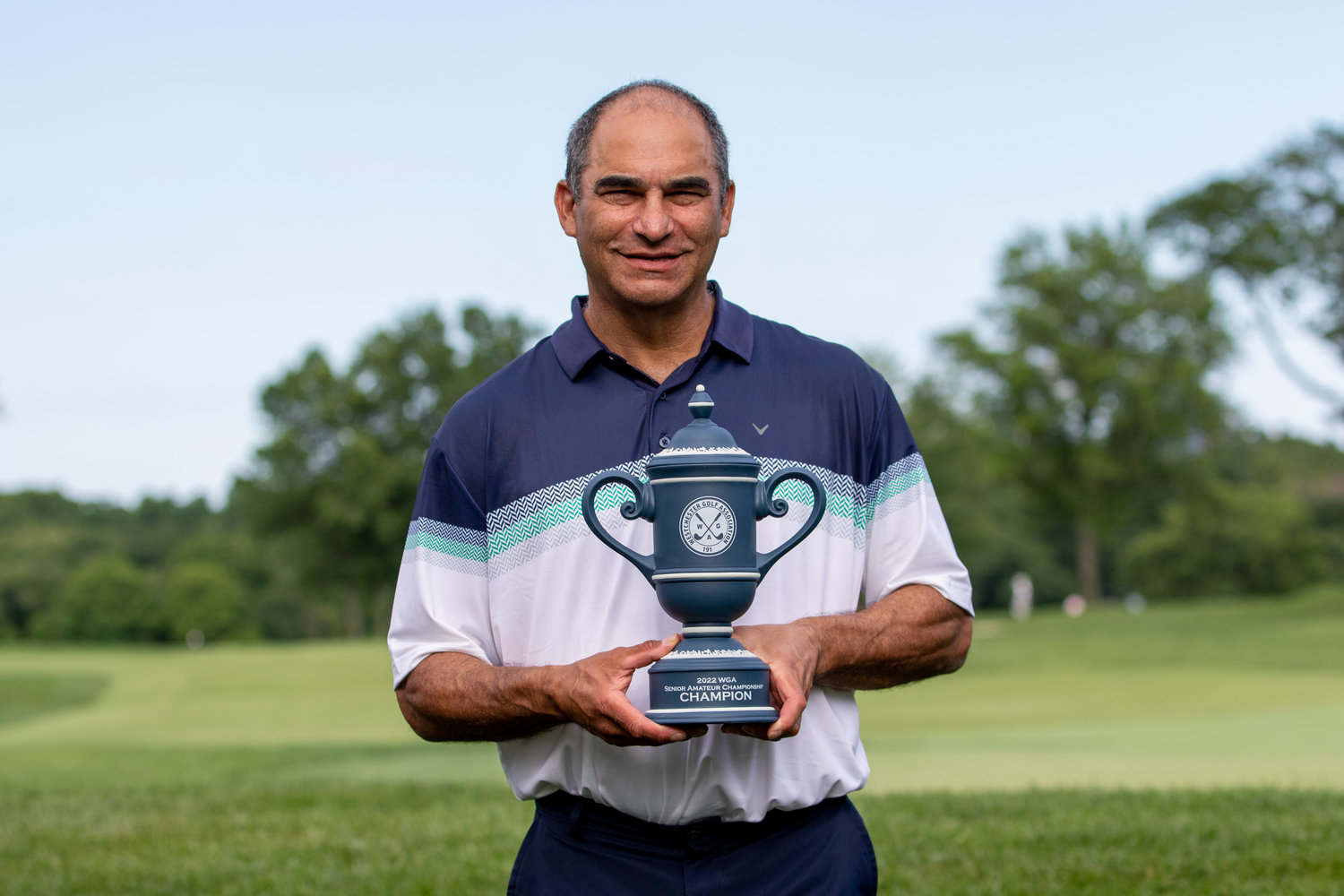 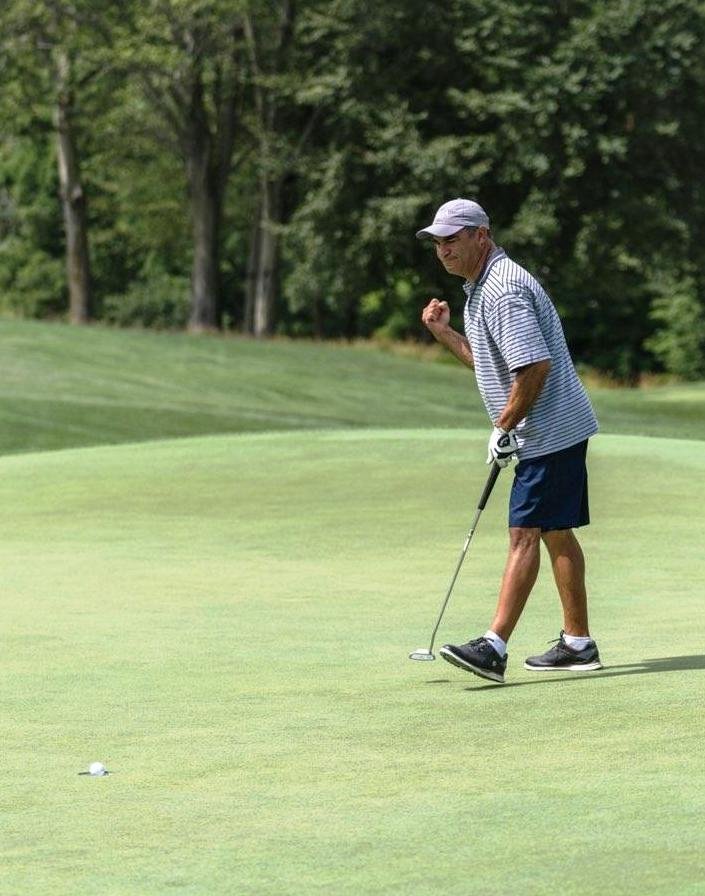 Ken Cohen reacts with a fist pump after sinking a par putt on the tenth hole of his semifinal victory over defending champion Drew Greenland.
Photos courtesy of Metropolitan Golf Association
Previous Next
Posted Tuesday, July 12, 2022 6:20 am

WHITE PLAINS – Ken Cohen of Jeffersonville, and playing out of The Villa Roma, scored a major victory last Thursday, winning the prestigious Westchester Senior Amateur Championship at Metropolis Country Club. The 59-year-old Cohen defeated Tore Carlson of Bedford 1 up in the final match.

For Cohen, it was his first significant victory in the metropolitan area since triumphing in the 1998 New Jersey Mid-Amateur Championship. He’s had top-10 finishes since then, but 24 years without a win.

“It feels great to win again,” said Cohen. “It’s been a long time. I had some health issues, and, of course, doubt creeps into your mind. But I’ve played good golf in spurts over that span, it’s just tough to win. There are a lot of very competitive golfers in the Met Section.

“This year I’ve been paying extra attention to my fitness and weight, and I think that is helping not just physically but mentally. I felt strong throughout the three days.”

The Westchester Senior Amateur is a grueling test, starting with an 18-hole qualifier and then moving into a 16-player match play bracket. Cohen qualified as the No. 4 seed on June 22 at Hollow Brook Golf Club after shooting a three-over par 74. At Metropolis he won four matches over three days to win the championship. In his first round match, Cohen played even-par golf for 13 holes and cruised to 6 and 5 victory over Sander Koudijs.

In his quarterfinal match against Andre Bolukbas, Cohen fought off six three-putts and a 3-down deficit after eight holes to post a gutsy one-up victory.

Against defending champion Drew Greenland in the semifinal match, Cohen again played even-par golf through 13 holes to roll to a 7 and 5 victory.

In the championship match, Carlson raced out to a 2-up lead after four holes, but Cohen then went even par over the next six holes while Carslon made four consecutive bogeys. The match turned around with Cohen now leading 3-up through 11 holes. But a three-putt by Cohen on No. 12 followed by a birdie on No. 13 by Carlson quickly cut Cohen’s lead to one.

Cohen said his second shot on No. 14 probably was the biggest of the match. He played an 8-iron to within 20-feet on the difficult par-four with a severely tiered green. Carlson hit his second shot on the green also, but about 40-feet away and had to negotiate the tier. He ended up three-putting and Cohen won the hole with a two-putt par to go back up 2 with four to play.

After halving No. 15 with par threes, Carlson again cut the lead to one with a 40-foot par putt on No. 16. Cohen was in trouble right off the tee and had to pitch out, He nearly missed his 18-foot par putt. One up with two to go, Cohen made a clutch three-foot par putt on No. 17 to maintain his one up lead heading into the last hole. But Carlson found trouble in a fairway bunker and Cohen just needed a bogey to seal the match.

“In these matches, you have to be patient,” said Cohen, “I felt like I was playing well the whole week. So whenever I fell behind, I just kept saying to myself, ‘keep hitting your shots, keep swinging.’ I was driving it really well and in match play that puts a lot of pressure on your opponent. Birdies were tough to come by on this course so my strategy was to try and make as many pars as possible.

“It feels really good to have your game hold up under pressure when it counts. That’s what every competitor is after. This was the first time in a long time I felt that self-assuring calmness down the stretch.”

Cohen will team with Mitchell Etess in next month’s Democrat Two-Ball Tournament at the Villa Roma.