FALLSBURG – Earning bragging rights against a division rival is always a great feeling, and for the Fallsburg Comets, that feeling will last throughout the off-season after defeating Liberty … 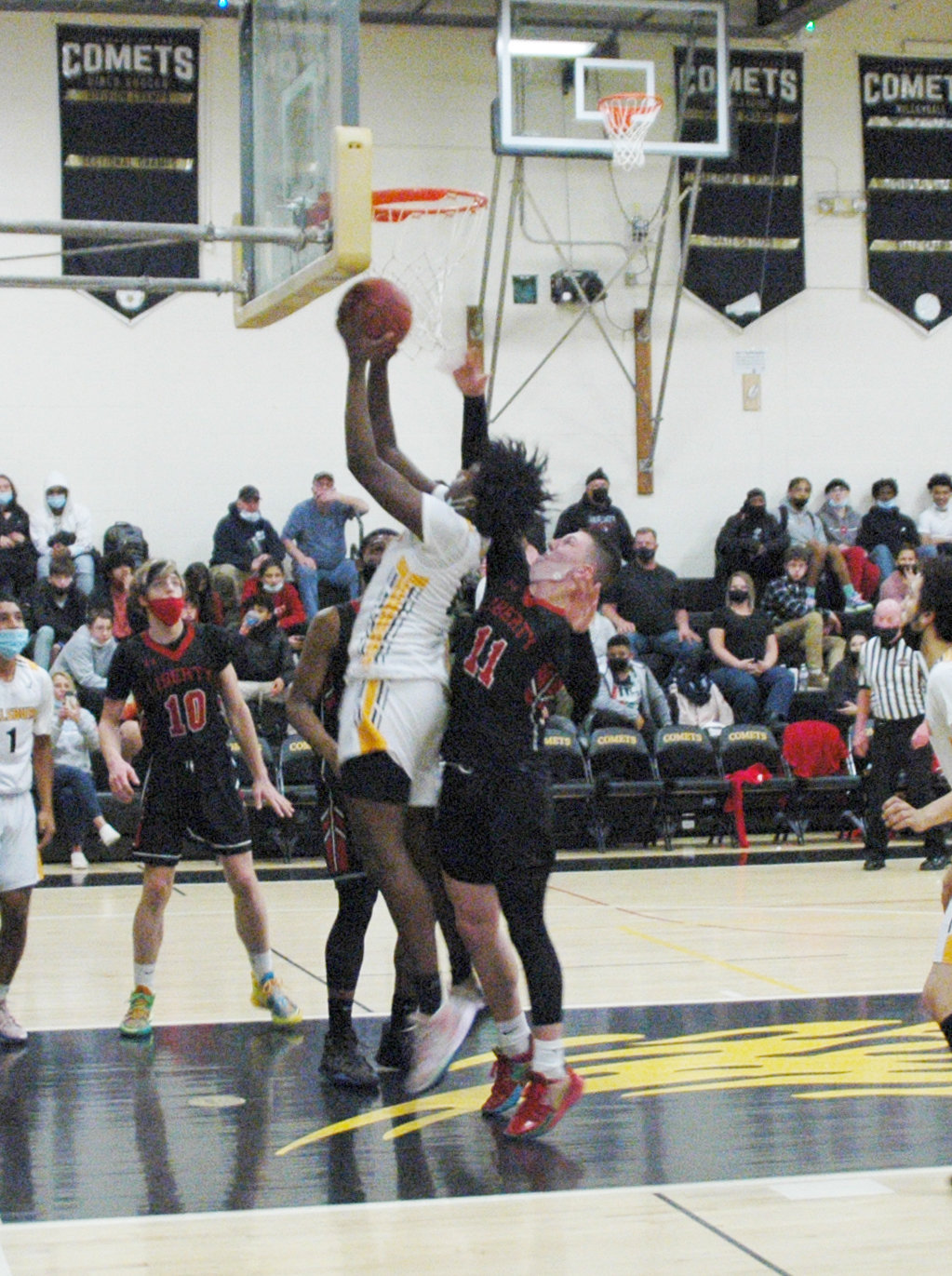 FALLSBURG – Earning bragging rights against a division rival is always a great feeling, and for the Fallsburg Comets, that feeling will last throughout the off-season after defeating Liberty for the second time last night. It was a close game throughout the night, with lead changes, intensity on defense and late game heroics, but Fallsburg had weathered the storm via a 56-53 finish.

The back-and-forth game continued from the opening tip until the final buzzer, but a 4th quarter 10-1 run by the Comets helped stave off the late comeback attempt by the Indians. After trailing by 11 with under five minutes to play, the Indians battled all the way back to within three by the end of the game.

The entire game was a battle of runs, neither team willing to give up too much ground or fall behind. Fallsburg started with a 4-0 lead, but Liberty quickly scored nine unanswered points to take the lead in the early going. Fallsburg got their offense going with a 7-0 run of their own to re-take the lead 11-9. Liberty netted a 3-pointer to take a 12-11 lead but Fallsburg ended the quarter on a 4-0 run to take a 15-12 lead heading into the second.

Liberty took the lead briefly in the third, going up 32-30, and then the teams switched the lead seven more times in the quarter before the Comets ultimately ended on a 5-0 run to take a 44-39 lead into the final quarter.

Leading by five at the beginning of the fourth, the Comets surged with a 10-4 run to extend the lead. Liberty battled back, with a 10-2 run of their own, but when time ran out they were still trailing by three. The battle was decided, with a 56-53 Comets’ victory.

“We struggled with some misses early on,” Fallsburg’s coach Lionel White said after the win. “But, we were confident in the game plan and the guys settled in and got comfortable. Liberty is resilient, but we kept our composure and got the tough win.”