Corinne Briggs, passed away on Tuesday, March 24, 2020 in North Myrtle Beach, South Carolina. She was 89.

The daughter of the late Theodore Roosevelt Alexander Merkt and Helen Brierton Merkt, she … 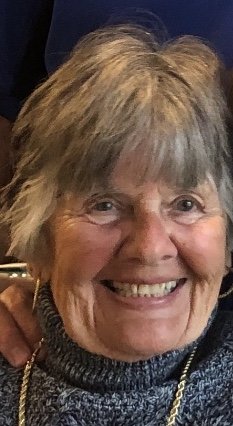 Corinne Briggs, passed away on Tuesday, March 24, 2020 in North Myrtle Beach, South Carolina. She was 89.

The daughter of the late Theodore Roosevelt Alexander Merkt and Helen Brierton Merkt, she was born March 3, 1931 in Jamaica, Queens, and grew up in Gloversville, New York. She married the late Gerald “Jerry” Briggs on September 1, 1951 and together they settled in Monticello, New York where they raised their four children.

Corinne was very compassionate, always looking for ways to help others. She consequently became a Registered Nurse to fulfill this dream. Moreover, she was a charter member of the Monticello Volunteer Ambulance Corps, responding to hundreds of calls at all hours of the day and night over many years. She later became a long-time dental assistant to Dr. Wayne L. Benson.

Corinne was a dedicated public servant for 24 years. She served as a Monticello Village Trustee from 1976-1984 and then as a councilwoman in the Town of Thompson from 1984-2000, including two years as Deputy Supervisor.

She also had an absolute love for animals, especially dogs. She always made a point to adopt dogs from shelters to give them a loving home.

Corinne enjoyed traveling and being around friends and family. Her children, grandchildren, and great granddaughter meant the world to her. If any of the kids had a concert, sporting event, birthday party, or graduation, she was there. She will be fondly remembered and greatly missed by her family and friends.

Services will be held privately at Colonial-Ramsay Funeral Home. Burial will be held at Sullivan County Veterans Cemetery, Liberty, NY.

Arrangements under the direction of Colonial-Ramsay Funeral Home, for further information call 845-794-2700 or visit www.colonialfamilyfuneralhomes.com.