It’s what winter days were made for. Last Sunday, my granddaughter Adeline and I were busy as bees, preparing food for a real feast.

Of course, dessert comes first, at least in preparation. … 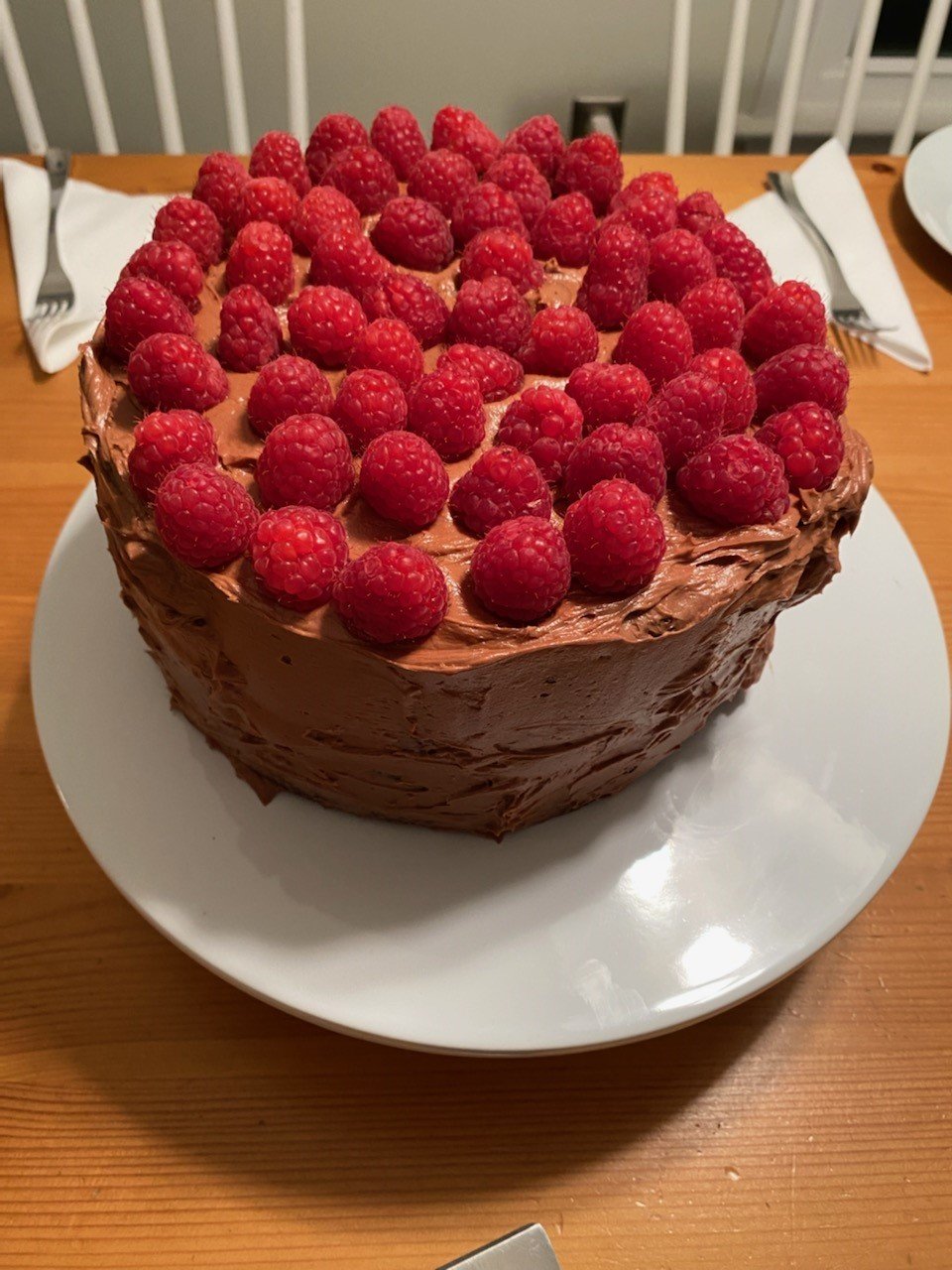 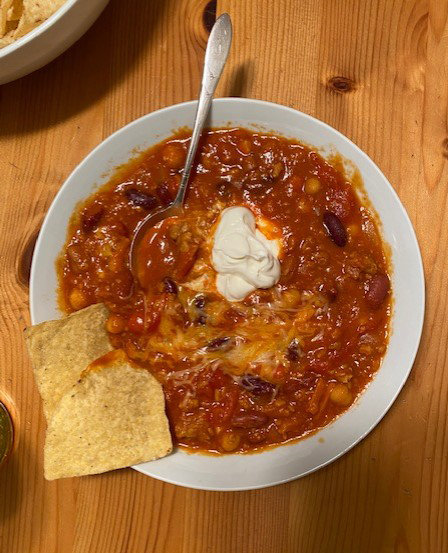 It’s what winter days were made for. Last Sunday, my granddaughter Adeline and I were busy as bees, preparing food for a real feast.

Of course, dessert comes first, at least in preparation. We made Ina Garten’s incomparable Beatty’s Chocolate Cake with Buttercream Frosting. This cake is absolutely so yummy that it has made grown men cry. It’s the second time we made it, and this time Adeline put raspberries on the top, making it even better, if that were even possible.

The recipe can be found online if you google Ina’s chocolate cake, but here’s the link: https://www.foodnetwork.com/recipes/ina-garten/beattys-chocolate-cake-recipe-1947521#reviewsTop

With dessert done (and hidden away so that no one would partake early!), we began making chili. I started making chili after I purchased my first cookbook, the Alice’s Restaurant Cookbook, made popular by Arlo Guthrie’s song and movie of the same name. Alice May Brock was the author of the Alice’s Restaurant Cookbook, a book written after the movie came out. It netted Alice a grand total of $12,000 back in 1970, when that was enough money to buy a new restaurant. Ah, the good old days.

But the legendary Alice was the one who inspired me to begin preparing new and exciting dishes. Her down-to-earth approach was a great comfort to this beginning cook. I especially love Chapter 10 in her book entitled “Foreign Cookery”. It reads, “Don’t be intimidated by foreign cookery. Tomatoes and oregano make it Italian; wine and tarragon make it French. Sour cream makes it Russian; lemon and cinnamon make it Greek. Soy sauce makes it Chinese; garlic makes it good. Now you are an international cook.”

Alice’s Famous Chili recipe has been a family favorite since 1970. Four generations of this family have loved it. On Sunday, my talented sous chef Adeline helped me chop up the 3 peppers, 3 onions, and 3 cloves of garlic, which you sauté in olive oil until they are soft. In another pan you can either brown a couple pounds of hamburger or use Beyond Burger packets to keep it vegetarian, and then add that to the mix.

Next, Adeline opened, drained, and added 2 or 3 cans of tomatoes, a can of tomato paste, and about four cans of various beans, including kidney, chickpeas, and pinto beans, to the pot. Finally, we added the spices (chili powder, cumin, bay leaves, basil, sugar, salt, pepper, and cayenne) to the big simmering bowl of deliciousness. We let it all bubble for about an hour.

The best thing about chili is that it tastes even better the second day, so if you’re making it, you might as well make a big pot. My daughter likes to use the leftover chili to make a huge nacho platter, and it is a crowd pleaser.

We stuffed ourselves with all that wonderful chili goodness, and then we took a break to let our stomachs settle (is that really a thing?). Anyway, a bit later, we presented the cake, and partook of the most delectable dessert I’ve had in a while.

It was a most satisfactory winter repast.

We’re Off to See the Boy Wizard

Gloomy, with Breaks of Sunshine