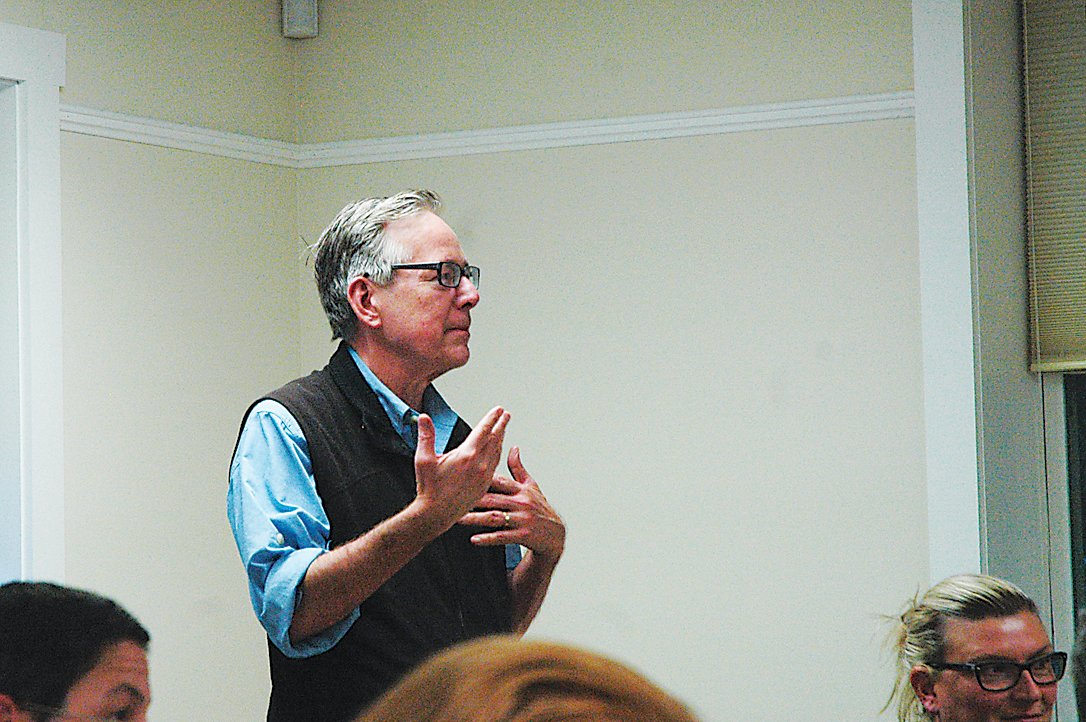 DELAWARE – The debate regarding the proposed noise ordinance alteration from 9 pm to 10 pm for the Town of Delaware sparked further public comment at the Town Board’s regular meeting Wednesday night.

As previously reported by the Democrat, the original proposition to change the noise ordinance originated with a request from Town Building Inspector James McElroy and Seminary Hill Orchard & Cidery Director of Orchards and Facilities Bill Hess at the June 8 Town Board meeting.

The intention of the alteration was to allow the Seminary Hill Cidery to play amplified music when they host weddings on the weekends an hour later into the night. Previously it was stated by Cidery executives that this hour was necessary to increase their ability to compete with venues from outside of Sullivan County.

Although the Town Board did not take any official action regarding their decision to either change the start time of the noise ordinance for the time to 10 pm on weekends or keep the current start time at 9 pm at the meeting Wednesday night, voices of the community brought forth their opinions on the topic both for and against the alteration of the quiet hours start time.

Starting off public comment was Seminary Hill Cidery Founder and CEO Doug Doetsch, who gave the Town Board further reasons on why he believes the noise ordinance should be altered.

These reasons primarily included the economic benefit that hosting a ‘destination wedding’ venue has not just for Seminary Hill Cidery, but for the hamlet of Callicoon and the Town of Delaware as a whole.

Doetsch, along with other supporters, said that guests who visit the wedding venue at Seminary Hill Cidery also bring benefits to other shops and businesses in the town, and that even though the Town does not make a profit off of the sales taxes that are generated from any transactions that may take place, those businesses pay property taxes which, in turn, return revenue to the town.

Harris owns an AirBnb in Callicoon and seconded Doetsch’s notion of economic growth and stimulation for the surrounding area.

Following Harris in support of Doetsch was the Vice President of Travel and Tourism for the Sullivan County Visitors Association, Lori Solomon, who brought forth the positive sentiments of the organization.

“This is an opportunity. We’re strategizing for the future,” Solomon said.

Opposing the noise alteration was town resident and Seminary Hill Cidery property neighbor Yael Feinerman. Feinerman told the Town Board of the harassment that is being faced by their family on weekends when events are being held, and that their quality of life has not increased, but rather decreased.

“There is no thought to adhering to the current noise ordinance,” Feinerman said, as she stated that loud music is being played after 9 p.m. even now.

“There is so much traffic from this. Aside from that, I am being harassed,” Feinerman said. “It’s really not a pleasure to be living here ... So the quality of life has really gone tremendously down.”

She continued on to state that every weekend from the present until the end of October is ruined for their family.

Town Supervisor Scott DuBois told the crowd that before the Town is to officially move on any decision one way or the other, further research must be conducted. This research may include consulting sound and other types of engineers and other professionals, which may allow a greater grasp of what direction the Board should take and ultimately influence the final decision.

The meeting was adjourned after the Board entered executive session regarding personnel matters.