DOWNSVILLE – The Roscoe Blue Devils were back in action Wednesday night for the championship round of the Downsville tournament. After downing the Downsville Eagles, their next test was the … 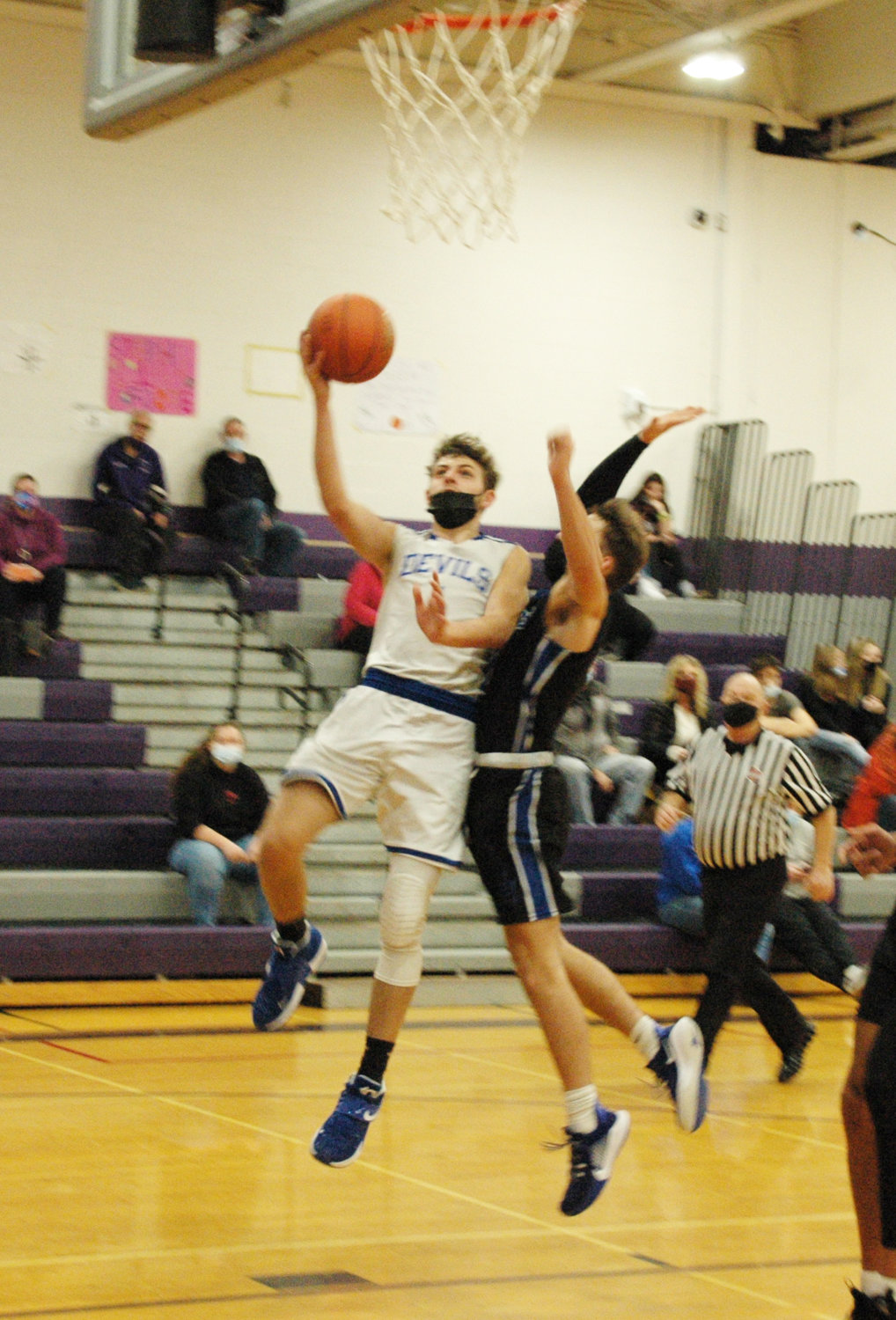 Anthony Teipelke led the Roscoe scoring in both rounds of the tournament. After netting 18 in the first game and 14 in the championship round, Teipelke was named to the All-Tournament team.
Anthony Morgano | Democrat 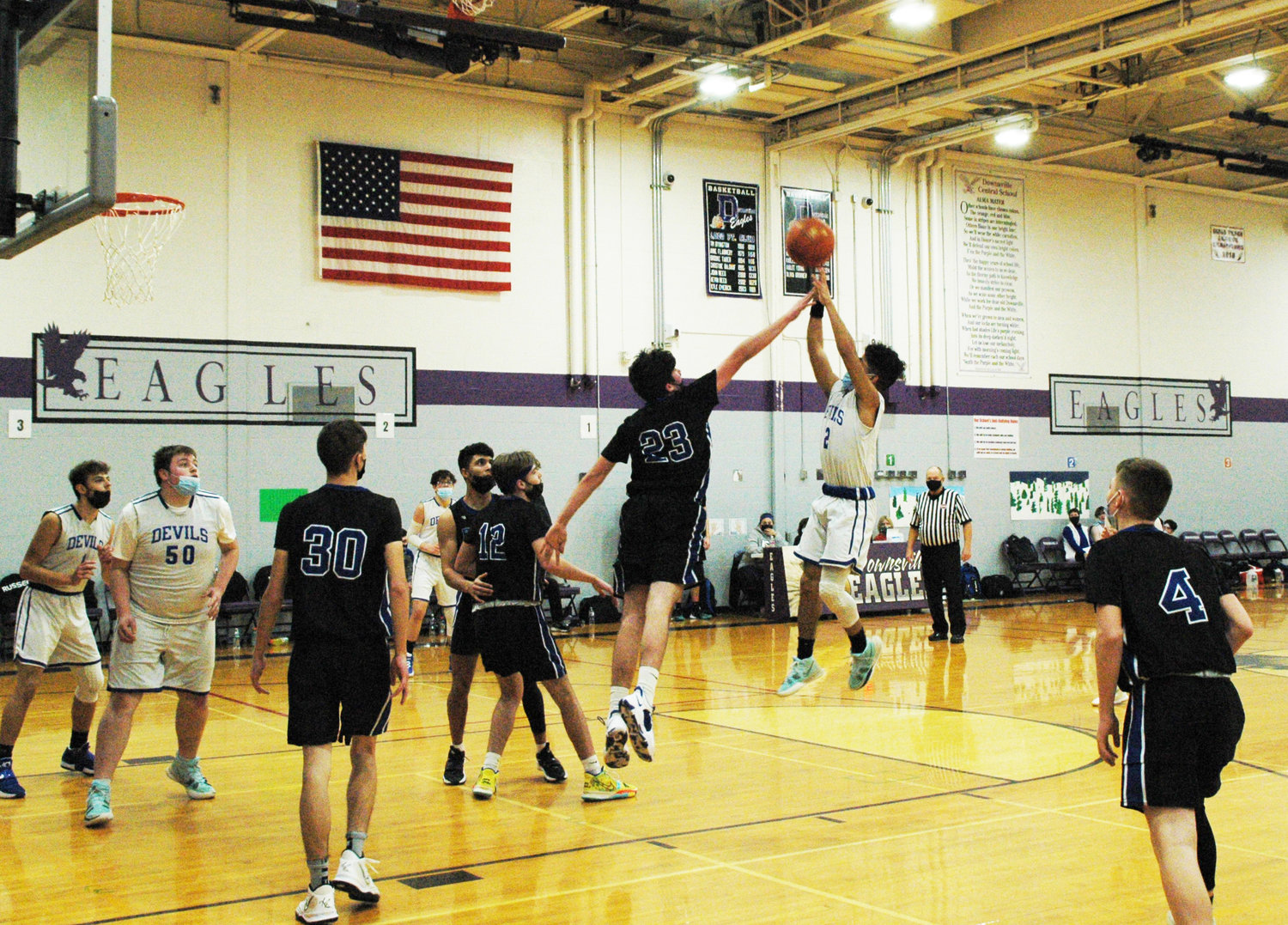 Alaniz was named to the All-Tournament Team in the Downsville tournament. Despite only scoring two points in the championship round, his presence on both sides of the court was worthy of recognition.
Anthony Morgano | Democrat
Previous Next
Posted Tuesday, January 4, 2022 6:20 am
Anthony Morgano

DOWNSVILLE – The Roscoe Blue Devils were back in action Wednesday night for the championship round of the Downsville tournament. After downing the Downsville Eagles, their next test was the Deposit Hancock Eagles, a team that Roscoe defeated in their second game of the season, 53-38.

Roscoe was attempting to kill two birds with one stone this week, taking out a pair of Eagles and winning the Downsville tournament, but D/H had other plans, stifling the Roscoe offense and having a strong scoring second half to win 46-25.

Scoring came at a premium in the first quarter for both teams, the Eagles used their size advantage to keep Roscoe away from the basket. The Eagles held a 9-7 lead at the end of the first.

To start the second, Roscoe quickly tied the game at 9, but were consistently a bucket or two behind, eventually trailing 20-16 at the half.

Both teams seemed to make adjustments during the break, and neither defense gave up a point for the first three-and-a-half minutes of the third quarter before the Eagles nailed a three and increased their lead to seven. Roscoe tried to keep it close but ended the third quarter trailing 29-19 after they managed to score only three points in the frame.

In the fourth quarter, their offense was continuing to struggle, having a hard time working the ball around and finding an open look.

Deposit/Hancock started the 4th on a 12-0 run, extending the lead to 22 before Roscoe netted their first points of the quarter.

As time wound down on the game, the Blue Devils scored the last four points of the contest, but the lead that the Eagles had built was more than enough to win the championship, defeating Roscoe 46-25.

Coach Mike Hill said, “All the credit goes to Deposit/Hancock, they played a great game all around and they have improved a lot since we last saw them.”

Roscoe is now 3-4, all road games, and will host Chapel Field on Wednesday for their first home game, as well as league game, of the season.