SULLIVAN COUNTY -- “If the plan doesn't work, change the plan, not the goal,” suggests an oft-quoted piece of anonymous advice. For Section 9 Alpine Skiing Chairperson Janet Carey, the goal is to … 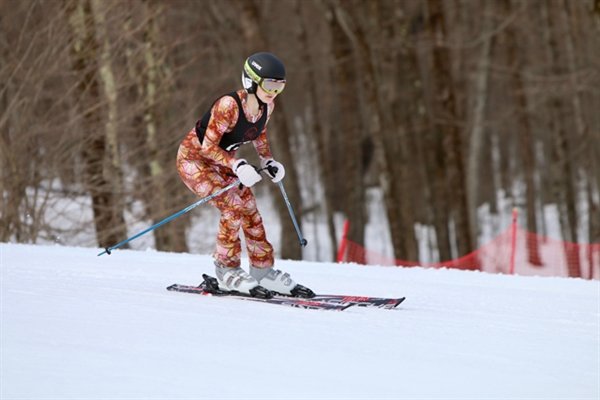 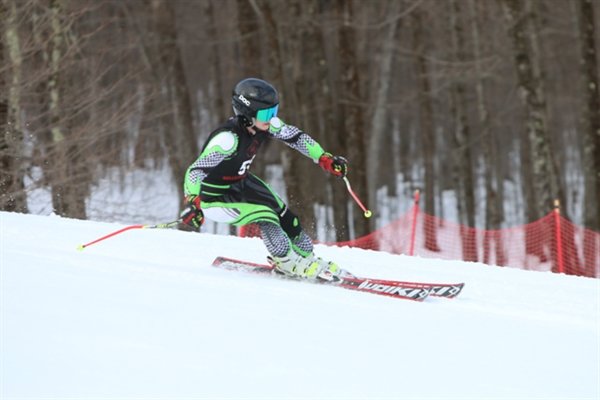 The start date for Alpine Skiing has been postponed until January 19 by the OCIAA. That late start date means an abbreviated season, and there are other logistical issues to work out as well. Pictured is Monticello's Kyle Foss.
RICHARD A. ROSS | DEMOCRAT
Previous Next
Posted Friday, December 4, 2020 12:00 am
Richard A. Ross - Reporter/Photographer

SULLIVAN COUNTY -- “If the plan doesn't work, change the plan, not the goal,” suggests an oft-quoted piece of anonymous advice. For Section 9 Alpine Skiing Chairperson Janet Carey, the goal is to give our local ski teams that special opportunity to race down the slopes this winter.

But it seems that changing plans for the upcoming season is apt to become as frequent as changing one's socks. The one winter sport many figured to be least problematic in the bizarre altered universe of COVID-19 is turning out to be far more problematic than it first seemed.

The latest snafu is the postponement by the OCIAA of winter sports to a projected start date of January 19. At a meeting held on November 25 the initial start date for low and moderate risk sports of November 30 was pushed back eight weeks. Since basketball, cheerleading and wrestling are high risk sports as yet to be authorized by the Governor's decree and the State Department of Health, the focus was on skiing and indoor track.

“We can do pre-conditioning outside weather permitting but as far as I understand it, they can only come the days they are in school,” she said. Fallsburg has been on total remote learning and continues to be on that basis. So how are practices arranged is yet another question.

More importantly, as Carey notes, “Starting as late as the 19th of January we still have to get six practices in before we can stage any meets. The following week is Regents week and, even though the Regents exams have been cancelled, it will still be a local or midterm exam week for many students,” she adds. Already the Orange County schools have declared that students cannot miss remote class time to compete. That rules out any of the regular day meets at Belleayre Mountain this season.

Practices will be held at Mount Peter and Holiday Mountain presuming there is snow. But Mount Peter has barred the use of its lodge for the school skiers meaning they would have to do all their changing on the bus. If the bus has limitations on how many students can board under the COVID-19 restrictions, more than one bus may be required which would affect the budgetary outlay.

Mt. Peter also only currently deploys a double chair lift for the Section 9 skiers. With only one student per chair under the social distancing guidelines, that means it would take twice as long to get the entire group up to the starting gate. If they open another chair, it would be an additional cost.

Holiday Mt. has a triple chair lift so how that would affect the transport of the skiers is yet to be decided. Holiday has indicated it will let the students use the lodge and the tables but distancing would be required.

Again, how does that work? Carey can't say for sure. If Section 9 decides to run meets just for boys or girls on a given day, that doubles the number of days to schedule. Carey figures there would be a maximum of four meets. The regular season normally ends the first week in February. Given the short window of time, there will not be alternative dates available in case of a needed cancellation.

Would there be sectionals at Hunter Mountain? And if so would sectionals be used as the state qualifier as they always are? This year's state meet is back at Lake Placid, something Carey and the skiers are excited about.

“Everybody would like to be on the snow,” says Carey who is always upbeat and optimistic. Laughingly she adds, “I've already made up four different schedules which I've had to tear up.”

Logistically speaking, Mount Peter is only open on the weekends while Holiday Mountain will be open only Thursday and Friday. Time will tell,” adds Carey. “We're looking forward to our local races,” but this is certainly going to be an unusual season.”