Intense, stimulating, at times shocking, and always a drama that works to mesmerize and demand attention. 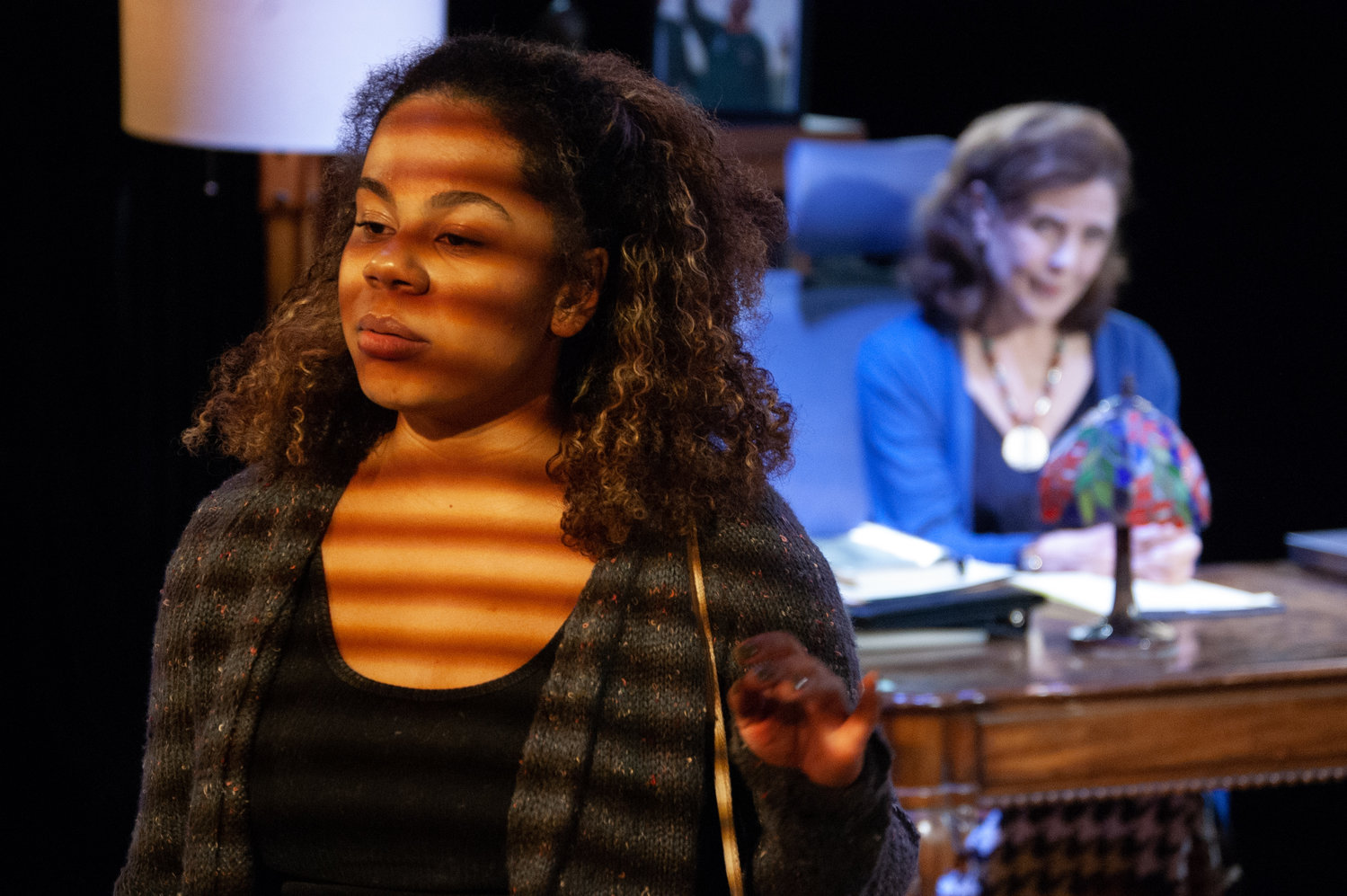 The play, written by Eleanor Burgess, involves a black student (Summer Ainsworth) who visits her white professor (Kate Konigisor) for a review of her thesis on the American Revolution.
Contributed photo
Posted Tuesday, October 26, 2021 7:00 am
Carol Montana

Intense, stimulating, at times shocking, and always a drama that works to mesmerize and demand attention.

Shadowland Stages christened its new space in Ellenville this past weekend with the searing drama “Niceties,” starring Summer Ainsworth and Kate Konigisor, and directed by Jammie Patton.

The play, written by Eleanor Burgess, involves a black student (Ainsworth) who visits her white professor (Konigisor) for a review of her thesis on the American Revolution.

A benign conversation about commas and other minor errors evolves into blistering fireworks about race, prejudice, rank and privilege.

Thought-provoking and often disturbing, “Niceties” holds a mirror up to modern day disputes and the widespread, pervasive narrow-mindedness that surrounds our daily lives.

Ainsworth’s character, Zoe, is confident and intelligent, and displays an arrogance that belies her youth. The power of her acting is so striking, that you will forget you’re watching a play.

Matching Ainsworth in talent is Kate Konigisor as Janine, a professor in an elite northeast university. She is self-possessed, assertive, emphatic and insistent. But her many years of teaching also make her vulnerable, ignorant to certain modern values and defensive.

The two actresses make a formidable team in this blistering, well-written, well-acted and well-directed play.

Equally as important as the play itself in this instance, is the space that Shadowland has just opened. Located at 14 Market Street on the corner of Market and Center Streets in Ellenville, is the brand-new Studio at Shadowland Stages. It’s what’s called a black-box theatre, which offers the flexibility of being able to present plays in the round (with the audience surrounding the stage), as a three-quarter thrust (with the stage surrounded by the audience on three sides), or proscenium style (where the audience is in front of the stage.) Everything in the theatre is state-of-the-art, including the exquisite lighting and sound systems. And the seating is oh so comfy.

Try out the space for yourself while viewing the spellbinding drama “Niceties,” playing Thursday through Saturdays at 8 p.m. and Sundays at 2 p.m. through November 7.

For tickets, visit Shadowland Stages.org, or call the box office at 647-5511.

A heartwarming “Handle With Care” at Shadowland

“Get “Fully Committed” at Forestburgh