It seems as though every year there are new books written about fly-fishing; the vast majority are “how-to” books with the authors proclaiming their own “best” methods on how … 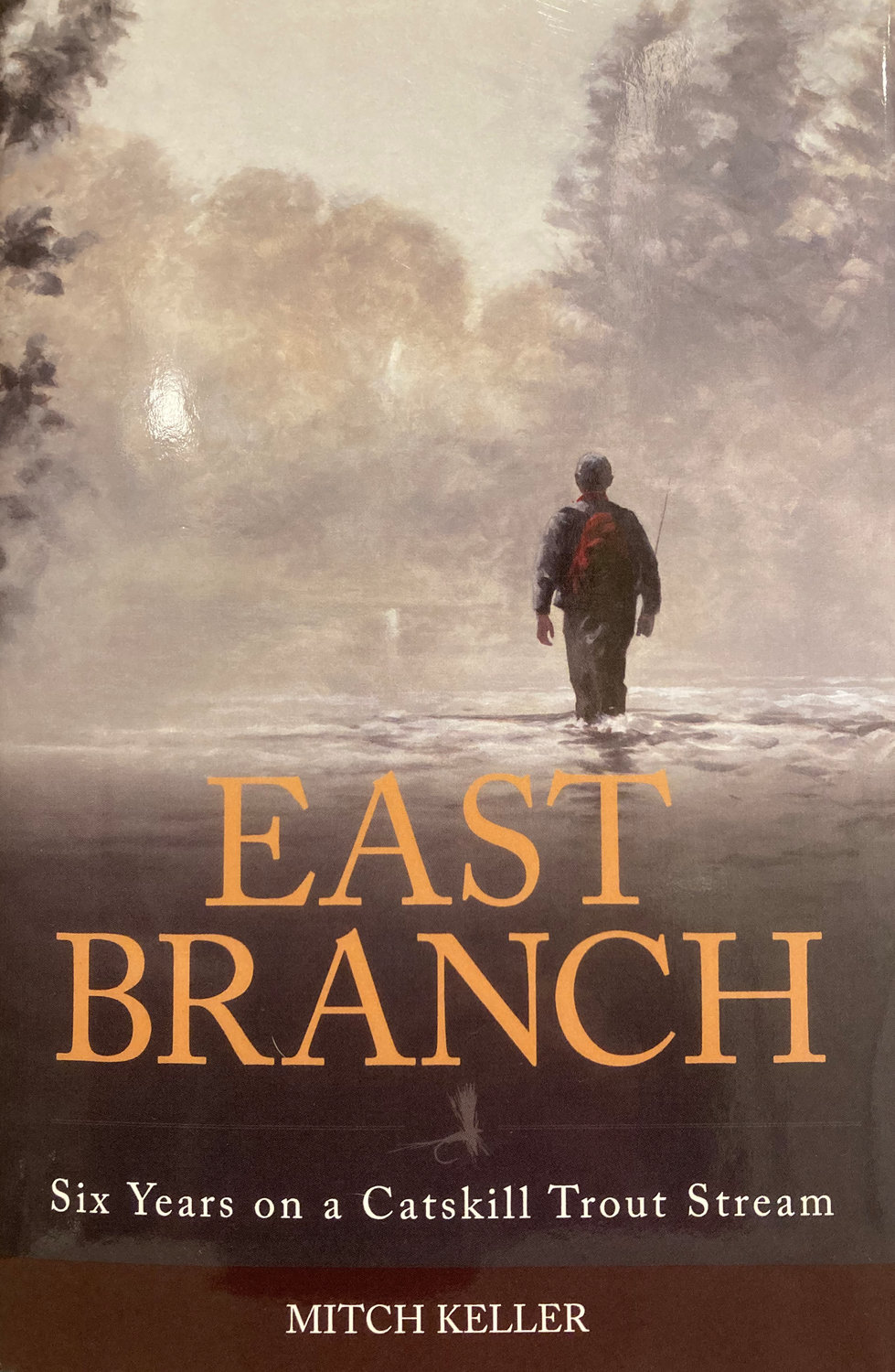 It seems as though every year there are new books written about fly-fishing; the vast majority are “how-to” books with the authors proclaiming their own “best” methods on how to fish, which flies to use and so on, and many are repetitive. And it’s not every day that you come across a fishing book that would be of interest even to people who do not fly-fish, and reads like a novel – but that’s exactly what came to mind while perusing Mitch Keller’s book, “East Branch, Six Years On A Catskill Trout Stream.”

Published in 2021 by Stackpole Books, the 168-page narrative chronicles the experiences of a passionate fly-fisher who left his job (professional writer, reporter/editor) and life in the city for the wilds of the Catskills, to pursue his dream of fly-fishing and living along a Catskill trout stream. The story so captivated my interest that I found myself reading page after page, unable to put it down until its conclusion.

Originally having planned on settling in Roscoe to fish the Beaverkill, as he had done many times on short-trip escapes from the city, Mitchell was unable to find an affordable place; studying maps of the Catskills brought him to Margaretville and the waters of the upper East Branch, where he found the solitude he was seeking. And a tip from the woman tending bar at the Village Pub sent him to a remote (non-winterized) cabin a short distance away that became his home for the next six years.

Insights into the author’s past enables the reader to appreciate the transformation that takes place over the years of Mitch’s stay in his secluded cabin; East Branch is a deeply personal saga that incorporates a permeating sense of modesty in describing fishing experiences and humble living seeking employment, from washing dishes to working at a horse farm, in order to stay afloat and afford this somewhat bohemian life’s dream.

Interspersed throughout the book are interesting references and historical bits of information about the towns and landmarks so familiar to area residents but not necessarily known, such as the origin of the name of Margaretville – “in reality, Margaret was a fancy girl”, born to Morgan Lewis, the third governor of New York, and Gertrude Livingston Lewis, heir to the wealthy Livingston family, from whom she inherited the land.

Keller writes of his first fishing season there, “ Of the two people inside every true fly fisher – the undying boy or girl roaming the streams and the woods with a rod in hand, happy for that alone, contented; and the serious student of rivers, fish, insects, and angling, desirous of confirmation, success – I was much more the first that spring than the second. Sometimes, hiking through the trees on my way to the stream, not another soul in sight, most of my fellow citizens toiling honorably at work to help keep the world turning, I would think: Well, I must be doing something right to be so blessed, and if this is to be my fate, this simple thing and nothing more, it’s not bad at all as far as fates go.”

Catskill readers can easily identify with the author’s sentiments, and can appreciate senses of both the wonderment and poignancy a Catskill native can experience during the long winters:

“In the deepest, darkest, coldest part of the winter, when the winds whistled and the snow hit my face like sand, time itself seemed to ice over, to slow almost to a stop, and I had an accruing hallucinatory sense that summer was a season that existed only in the imagination, in dreams.”

And the exhilaration he felt at the beginning of snowmelt, (after months of surviving frigid single-digit temperatures, tending to frozen pipes, shoveling snow and ice, and eating meager meals close by the kerosene stove to keep from freezing) is tangible.

From season to season the reader learns of the joys and frustrations of cobbling out a life as a Catskill trout fisher living close to the bone; the end of the book describes what transpired during the flood of January 19, 1996, that wiped out many of the long-time businesses that had flourished in Margaretville; and yet when the author decides he is ready to leave the cabin on Pakatakan mountain after that sixth fishing season, and return to a more lucrative and predictable life, the reader is left feeling a sense of wistfulness, perhaps wishing the story would go on.

East Branch by Mitch Keller is an interesting, informative and satisfying read; it is a book that I would highly recommend. It can be found at Barnes & Noble, EBay and many online sources.