Elaine Williams was born September 30, 1946 to the late Sally Williams in Summerville, South Carolina. On September 13, 2022, Elaine stepped out of time and into eternity, just 17 days shy of her … 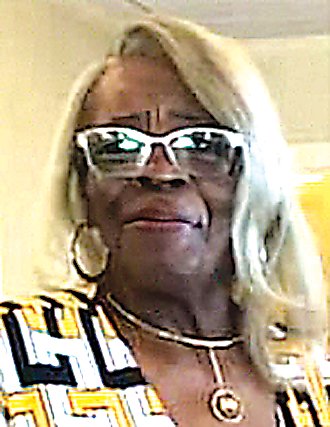 Elaine Williams was born September 30, 1946 to the late Sally Williams in Summerville, South Carolina. On September 13, 2022, Elaine stepped out of time and into eternity, just 17 days shy of her 76th birthday.

Elaine graduated from Alston High School in Summerville, SC and thereafter obtained college credits. She was a strong advocate for education and required all 8 of her children to not only excel in education, but to pursue higher education. She retired as a Librarian, marking her love of books and learning.

Elaine understood the political process and the empowerment of diversity and representation from all walks of life. Once she committed to a candidate or a cause, she became relentless in getting out the vote for that candidate on a Federal, State and especially a local level. If she believed in you, she fought for you. She had a “fiery” spirit and never backed down from a challenge. She invented the phrase “don’t bite your tongue”, but she also invented the phrase “pay it forward” because she never expected anything in return.

Elaine instilled specific values and expectations in her 8 children and took a no-nonsense attitude in her expectations. Her love for her children was abundant and spilled out into her community. She “adopted” so many children and adults. Her home became a place of refuge and her couch and kitchen table, a therapy session. She fed everyone and not just because she was the best cook in the world, but she also fed everyone with acceptance, wisdom, experience and love. Elaine held up a torch—a torch for social justice, for grassroots organizations, for the economically disadvantaged and she never allowed that torch to dim. She ran a daily marathon for justice and that is why she left a community shocked, speechless and hurting. Her 7 grandchildren affectionately referred to her as “Grand Lady” at her insistence. It was a true testament that the community began calling her “Grand Lady.”

Visitation was held on Wednesday, September 21 from 11 a.m. to 1 p.m. at the First Baptist Church, 28 Liberty Street in Monticello. A funeral service started at 1 p.m. Burial followed at the Rock Ridge Cemetery in Monticello.

Arrangements are under the direction of the VanInwegen-Kenny, Inc. Funeral Home of Monticello. For additional information or to send an online condolence, please visit www.kennyfuneralhome.com.