ELDRED –– The Lady Yellowjackets are picking up steam as the regular season winds down. With a huge 6-0 win over Chapel Field on Thursday, the girls clinched a playoff berth. From the … 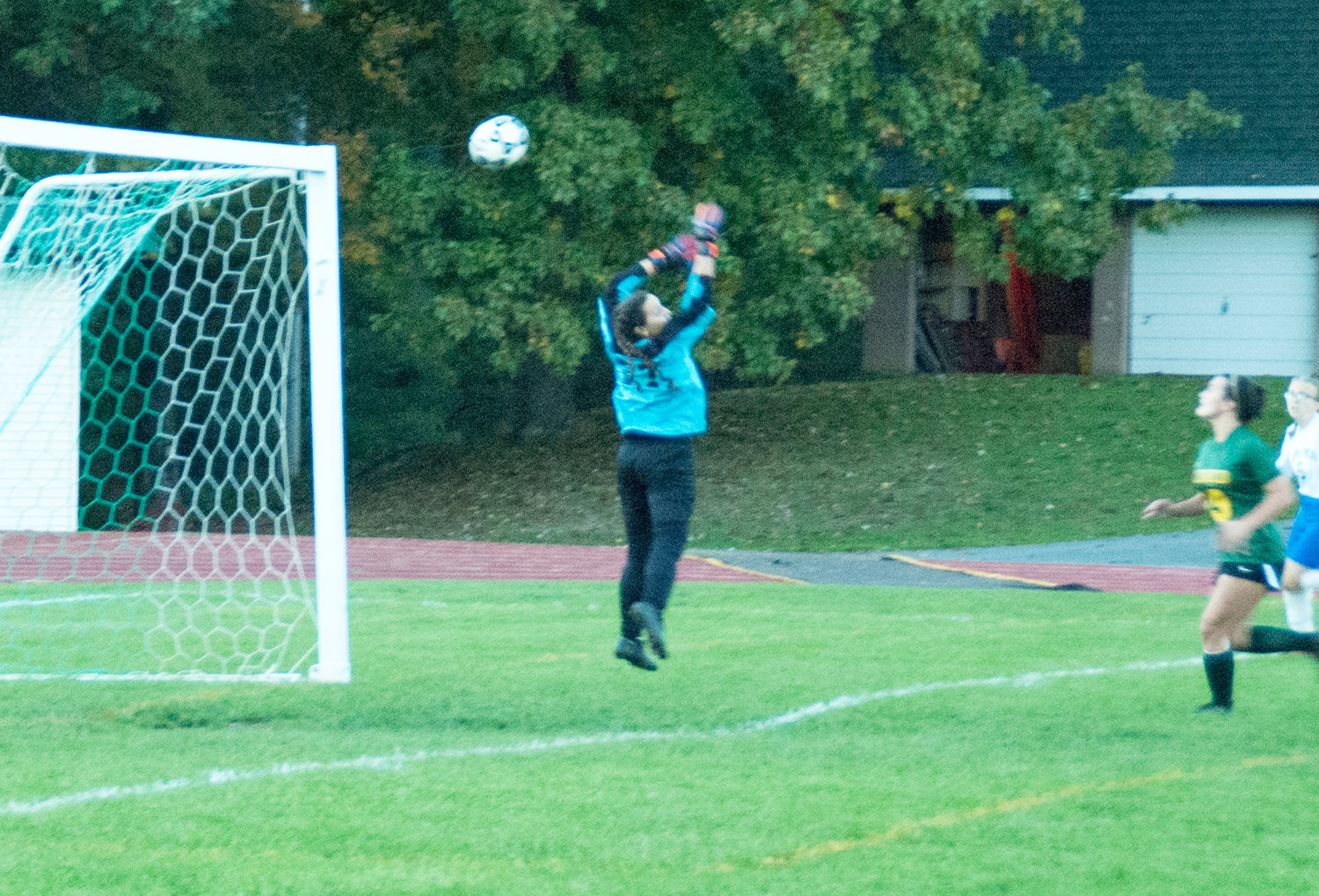 For Labuda’s second goal of the game, she sent a beautiful kick from outside the box and over the head of the goalie to make the score 5-0. Eldred’s sweep of their only league opponent makes the postseason dream a reality for the Lady Yellowjackets.
Anthony Morgano | Democrat 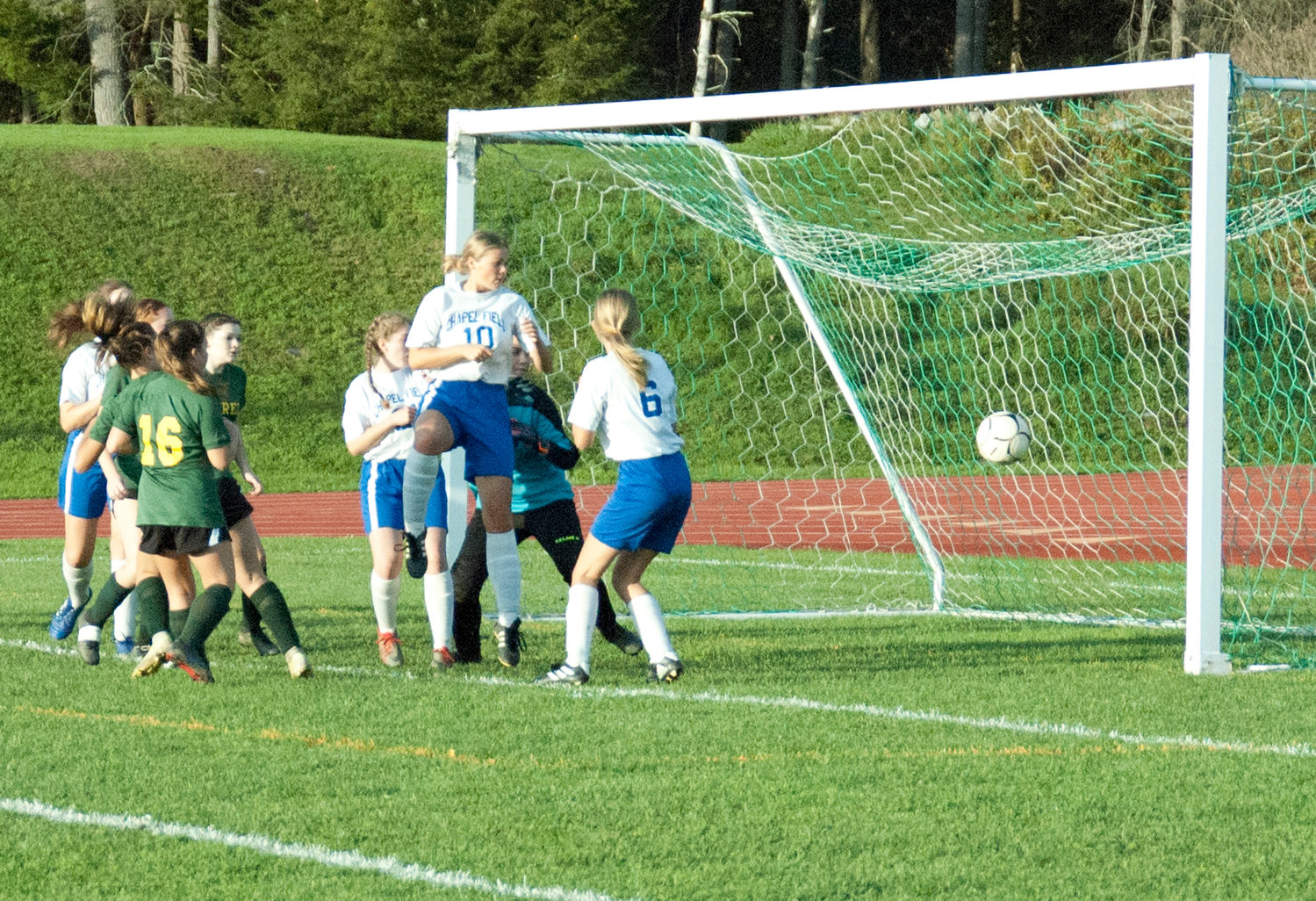 Eldred and Chapel Field players look on as a shot floats past the defense and into the goal in the first half of Thursday’s game.
Anthony Morgano | Democrat 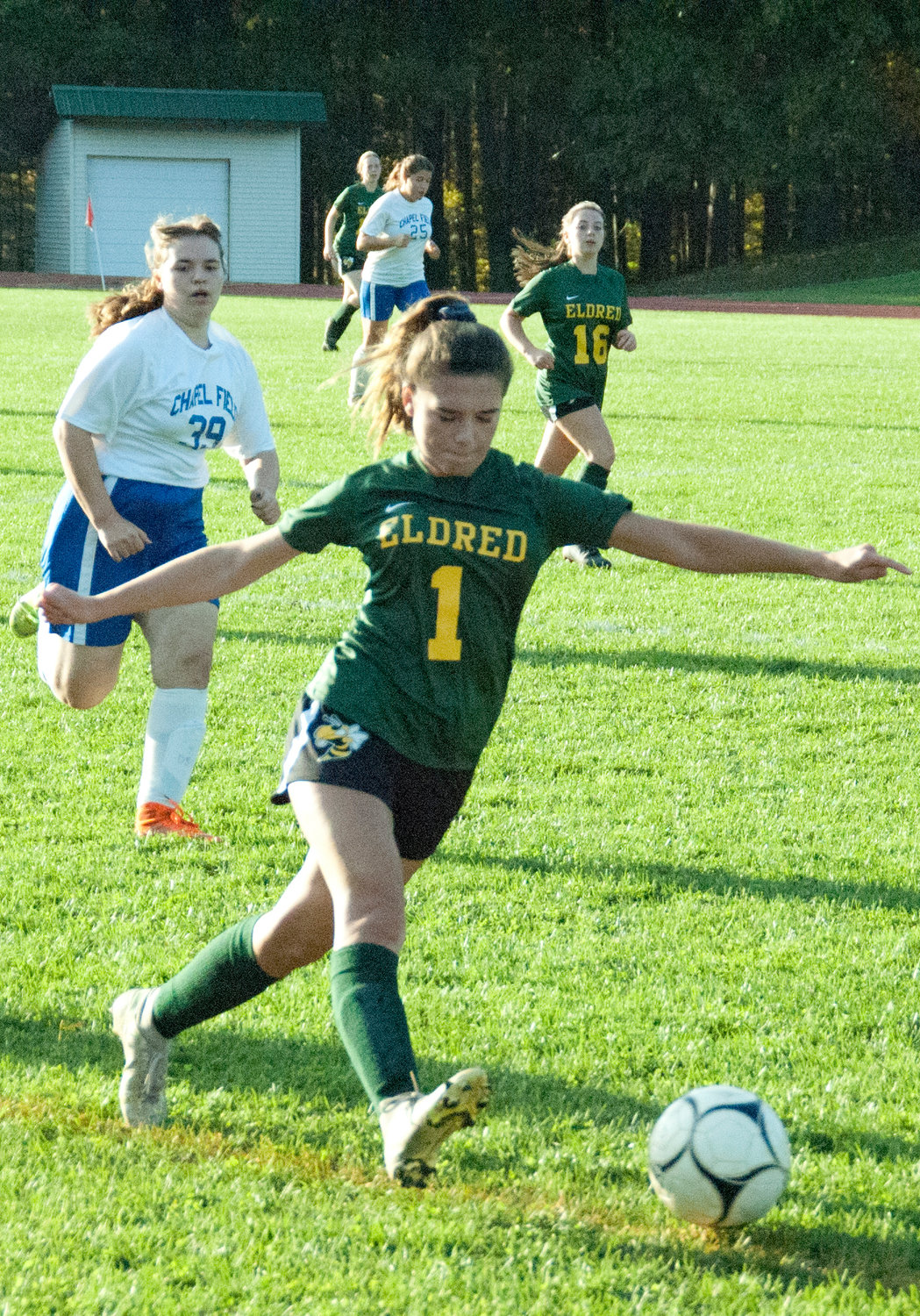 Eldred picked up where they left off against Chapel Field, after defeating them in their first matchup and, within the first ten minutes of the rematch, Jailyn Labuda scored a quick goal off of a corner kick. A few minutes later, Dana Donnelly followed up with a goal of her own and the score was already 2-0 with 27:40 to play in the first half.

Four minutes later, after a mishandled ball by a goalie, the Yellowjackets found the back of the net again to increase the score to 3-0.

Eldred continued to push the ball into Chapel Field’s side, opening numerous opportunities to take shots throughout the first half, while the Sun was beginning to set and make it more difficult for the Chapel Field goalie. Ksenia Sosnowski took advantage of this, launching a deep shot that went right past the defense and the goalie to increase the Lady Yellowjackets lead to four goals, where it would stay at the break.

Chapel Field, who was halfway through their third game in as many days, never gave up, and continued to battle with Eldred, though the Lady Yellowjackets would not be denied, scoring two additional goals in the second half while keeping Chapel Field off the board.

Jailyn Labuda and Dana Donnelly each notched two goals in the game, while Annie Davis and Ksenia Sosonowski scored one each. The Yellowjackets, coming off a 1-1 tie with Sullivan West the day before, seemed prepared to defend their home field, and in the process of doing so, secured a 2-0 division record for the season.

First year coach Jordan Lepes said, “Tonight, everything that we’ve lacked in other games, and that we have been working towards in practice, showed tonight. The girls put everything together tonight and they are playing much better.”