The family of Elizabeth ‘Liz’ Heymann aka Betty Schwartz is celebrating the one year anniversary of the shedding of her mortal coil and return to God. She was born on April 15, 1930 to … 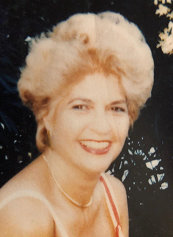 The family of Elizabeth ‘Liz’ Heymann aka Betty Schwartz is celebrating the one year anniversary of the shedding of her mortal coil and return to God. She was born on April 15, 1930 to Dorothy and Meyer Morris in Los Angeles, CA. She graduated from Erasmus High School and Brooklyn College. She also graduated from State University of New Paltz later in life.
In 1951 she married Stanley Schwartz, and together, as young homesteaders, they created and maintained Gleness Farms in Glen Wild, NY with the help of her in-laws, Bessie and Sam Schwartz. For over a dozen years it was an active dairy and poultry farm as well as offering seasonal produce. They also owned thoroughbred horses that raced at northeast venues, including Monticello Raceway.
Betty/Liz later became a teacher at both Monticello and Wurtsboro Middle Schools. She also wrote for the Middletown Times Herald Record. She was one of the last survivors of the longstanding Friday Night Bowling League at Kiamesha Lanes. One of her little-known hobbies was playing the accordion that she sometimes performed for her family.
She was a fierce athlete excelling at all sports, although skiing was her first love. As a ski patrol, she was a familiar fixture at both Holiday Mountain and Davos ski resorts. She also enjoyed skiing throughout the US including Stratton, VT, and later Taos, NM, Vail and Breckenridge, CO. While living in Vail she began a career in real estate. But one of her proudest achievements was teaching blind youth to ski.
During her versatile teaching career she taught bilingual classes to Hispanic students in Palm Desert, CA, as well as GED classes to adults.
She and her second husband, Robert Reaves, shared life on a boat in San Diego Harbor, as well as exploring the US in their RV. Ever the adventurous spirits, they also started a free English language school in San Jose, Costa Rica where they were residents for a number of years.
They returned to the US to learn about Native American art and pottery, working in the store of her Uncle Manny Goodman, at the Covered Wagon in Old Town. Albuquerque, NM.
Always a farmer at heart, Liz was known to gift friends and family the produce from her prolific garden at her home in North Park, San Diego, CA. Even in her latter years she remained active enjoying pickle ball, cribbage, and dancing whenever she had the opportunity. She continued traveling the world on cruises but also enjoyed sharing her town with visitors as a volunteer Ambassador greeter at the San Diego Airport.
She passed away peacefully on January 30, 2021 in National City, CA. She is survived by her dear friend and former husband, Robert Reaves, her daughter, Linda Schwartz, son and daughter-in-law, Arthur and Claudia Schwartz, son and daughter-in-law Dr. Michael and Carolyn Schwartz. She has three grandchildren: Kaitlin, Sam and Rebecca Schwartz.
Any donation in her name can be made to St. Labre Indian School in Ashland, MT.