GRAHAMSVILLE - It has been a momentous fall for Tri-Valley cross-country coach Chip Furman. Just weeks after being named to the Section IX Track and Field Hall of Fame for his illustrious high school … 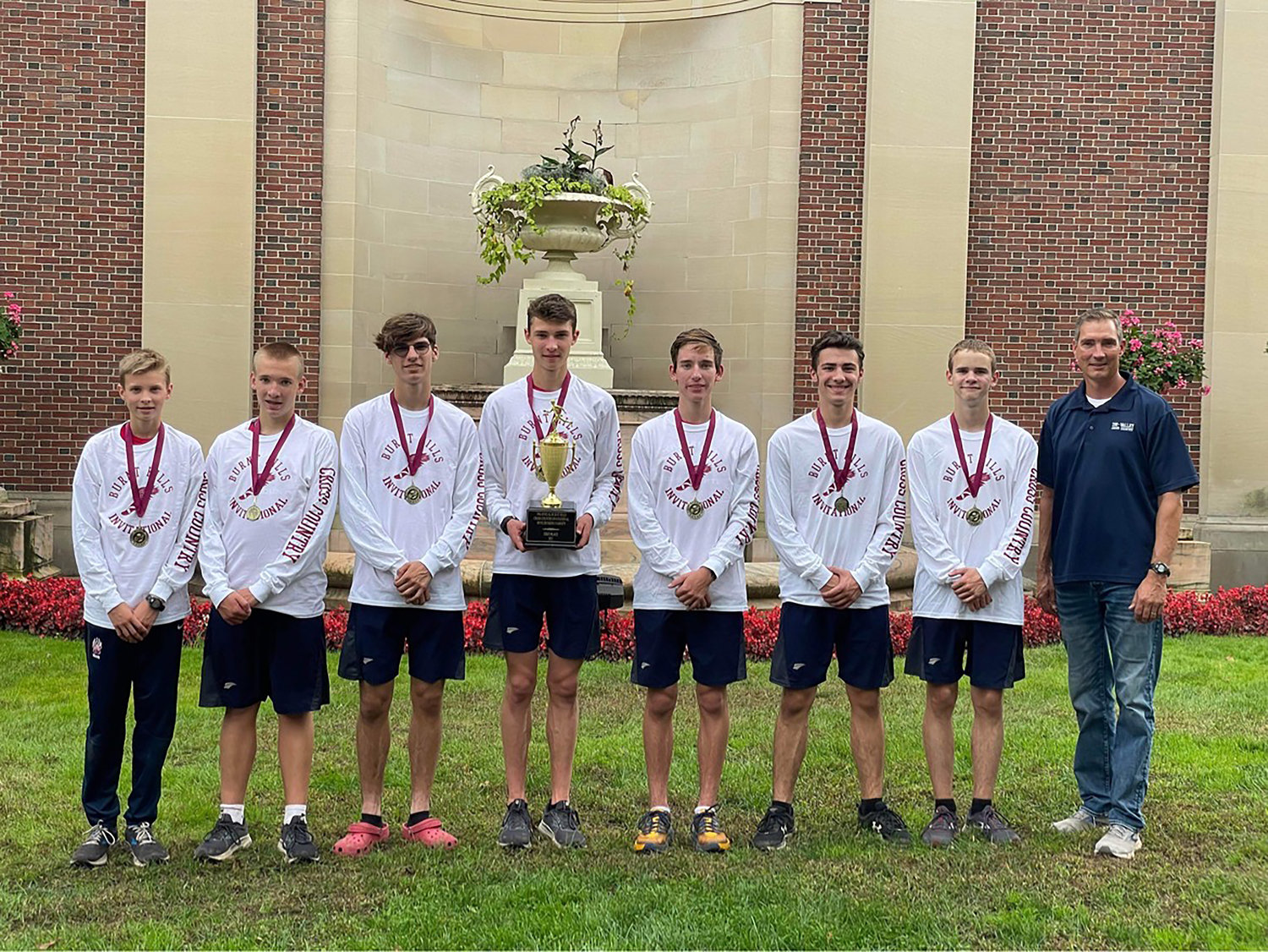 GRAHAMSVILLE - It has been a momentous fall for Tri-Valley cross-country coach Chip Furman. Just weeks after being named to the Section IX Track and Field Hall of Fame for his illustrious high school and college achievements, his team garnered the school’s first-ever boys state cross-country championship. In the spirit of these momentous accomplishments, the Sullivan County Democrat has named him the Fall Coach of the Year. Furman was an All-American in high school and college. In his senior year at Tri-Valley, Furman won the state championship in cross-country and later became New York State’s first-ever steeplechase champion. Furman went on to North Carolina State to help his underdog Wolfpack team win an ACC cross-country championship.

Currently, just in his third year as head coach at Tri-Valley, Furman mentored his team to the zenith of the state. In true storybook fashion, the former NY state trooper came full circle returning to the school that spawned his love of running to inspire his young charges with the very lessons imprinted upon him by his high school coaches Joe and Missy Iatauro and his college coach the iconic Rollie Geiger. Furman’s ongoing story underscores the love and rewards of running and accentuates ho his life was strongly affected by the lessons the sport has taught him. “Running made my life go where it went,” he avers. Paying it forward, he is now passing on the values and methodology to his team including his sons, state runner-up junior Adam and speedy Van, one of the top freshmen in the state. The Furman brothers comprised two fifths of the scoring state championship Bears. Running is also a family venture though, he, his wife Julie and the boys don’t run together. His daughter Anna was impressive in modified X-C this fall.

There is all the world of difference between wishing to be successful and doing what is needed to reach that goal. All coaches and athletes enter a season with dreams of doing well, and of hopefully garnering elusive division, league or sectional championships. And, in those few cases wherein teams that have the talent and potential to do so, vying for that rare holy grail of sports, a state championship. Success does not come for the mere wishing of it. Nor is it an overnight phenomenon.

Furman’s coaching success has its roots five years ago when he started to coach the modified team that now includes four of five of his state champion top runners. Van was too young at the time but was picking up the valuable lessons from both his dad and brother. Furman’s goal was to instill in them the mindset of Tri-Valley running which included workouts taken straight out of the Iatauros’ playbook. “We mixed it up with hills, banks, strides, and repeats with distance.” Having worked as a state trooper from 1999-2019, Furman knew that his sons were coming of age to compete. So, he and his wife Julie conferred, and he decided to retire from the state police to continue to work on the family farm and to coach.

Coaches who can bring their own experiences to bear in mentoring teams have an advantage over those who have never engaged in the sports they are called upon to coach. Furman’s history is a rich one, something his team is fully aware of. But that alone would not have sufficed to motivate them. Furman and his assistant Tyler Eckhoff mapped out a plan for this season that included workouts and a litany of daunting meets that would give the team a chance to compete against the caliber of athletes they would see at the state meet. The team comprised also of Vincent Mingo, Caleb Edwards, Craig Costa, Thomas Houghtaling and Connor Weyant, proved themselves up to the challenge week after week. Furman understands the critical role of mindset. “Kids need to believe in what they are doing and what they can do,” he observes. From the seventh grade, Furman has been telling these boys that one day they could become state champions. This fall, the team finally began to believe in that goal and set out to attain it. Their work ethic was apparent all season long. As world famous All-America Marathoner John Bingham notes,

“Crossing the starting line may be an act of courage but crossing the finish line is an act of faith. Faith is what keeps us going when nothing else will. Faith is the emotion that will give you victory over your past, the demons in your soul, and all of those voices that tell you what you can and cannot do and can and cannot be.”

The Iatauros got Furman started in sixth grade running in the AAU Junior Olympics in California. “It was my first-ever plane trip. His wife Julie who was in the 7th grade when Chip was a senior had the same experience. Like the Iatauros, Furman believes in the boys and girls practicing together and going to the same meets. He started competing for T-V in his freshman year. And though he was not the top runner on the X-C team, he alone qualified for states at the Section IX meet. The Iatauros planned out summer workouts which Chip has re-instituted. They sent him to a running camp in East Stroudsburg where Furman first realized the importance of pre-season training. His approach to coaching is to instill a year-round work ethic and workout program. As such, the work for next fall has already begun.

Hopes for a state title this year hinged on avoiding three of Furman’s biggest worries: 1. Covid; 2. Quarantine at the time of the state meet of any of his runners; 3. Unforeseen injury. To avoid the latter, Furman and Eckhoff deployed “runners’ yoga”, a program of extra stretching and flexibility. In a scary moment, one team member had to be quarantined and missed the OCIAA championships. Fortunately, the whole team was there to win the Section IX title and then the state crown. The future looks bright for Furman and his harriers. Only senior Caleb Edwards is graduating. Adam just missed out on the state title but looks to be a favorite to capture it in his senior year. Chip foresees all his runners moving up.

At the Northeast Region race, Adam finished 23rd but many of those ahead of him were seniors. The top ten go on to nationals in San Diego and Adam figures to be one of them. He captured seventh in the coveted Federation race. As Adam predicted, he has eclipsed some of his dad’s high school milestones at the Manhattan Invitational and the Federation race. Then at the Northeast Region Championship he posted a PR of 15:54 to Chip’s time of 15:58 at the same race. True, Chip finished third and Adam was 23rd but it looks like the writing is on the wall. Chip is accomplishing what he set out to do, namely, to give the kids the enduring rewards of running and the character that results from their efforts. Congratulations Coach Furman on your most recent honor in an ongoing and stunning legacy. We all know, the best is yet to come.