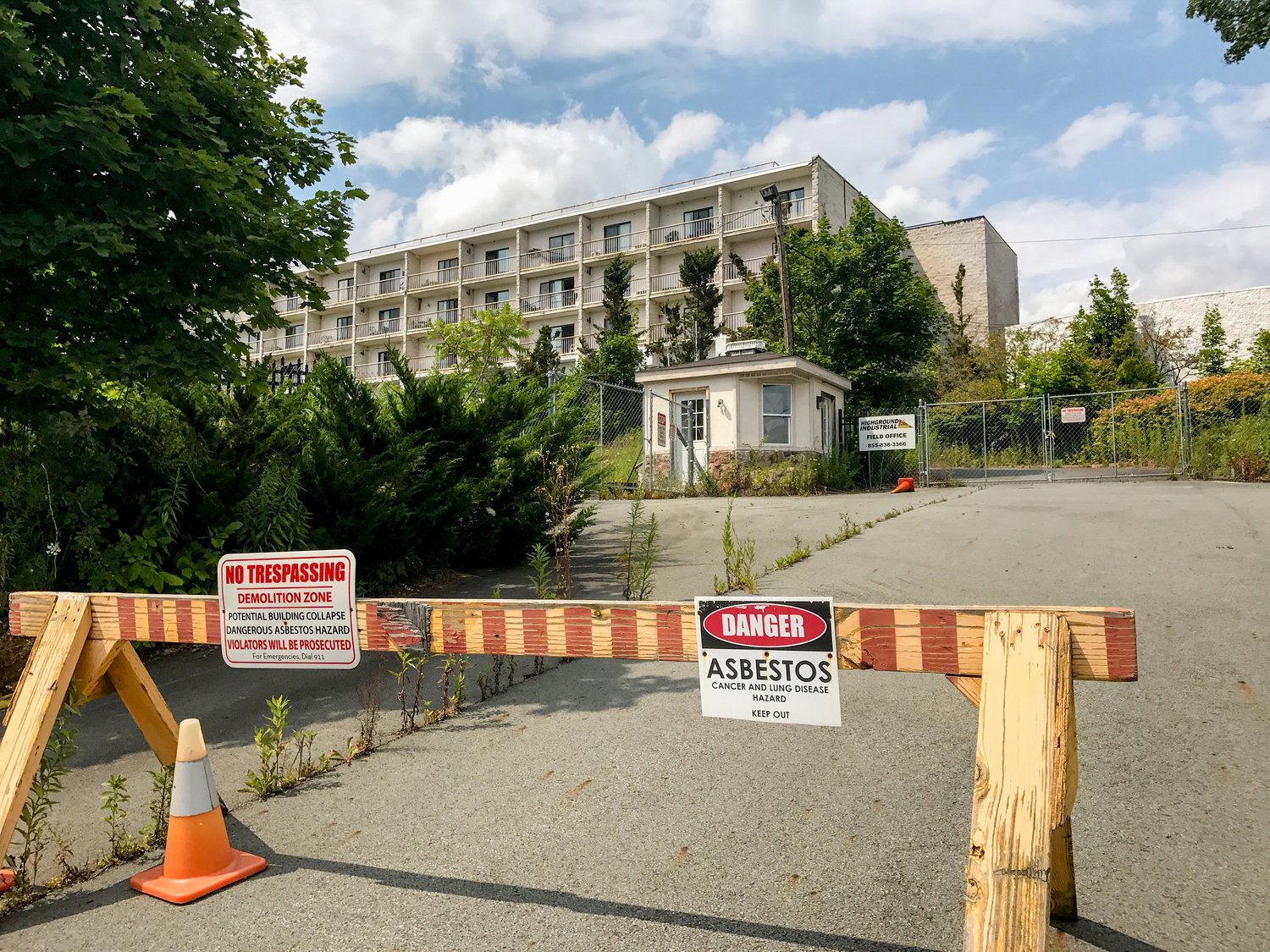 After passing the 2022 Town of Fallsburg Budget, the town board voted to extend the public comment section of the public hearing for the Grand View Palace in Loch Sheldrake, seen here in recent years.
Patricio Robayo | Democrat
Posted Tuesday, November 23, 2021 6:22 am
By Patricio Robayo

Add on the lighting, garbage, sewer, parking, water and fire districts and the budget rises to $22.7 million, a 2.68 percent increase from last year.

However, the town uses fund balance reserves to balance out the budget and lessen the burden on tax players. According to the budget posted on the town’s website, there will be a zero percent tax increase.

The budget passed unanimously on the November 8 town board meeting, with some on the council saying they “proudly” vote to adopt the 2022 budget.

The period for public comment regarding the Grand View Place has been extended until January 25, 2022, after a vote from the town board on November 8.

Ten years ago, one of the most devastating fires in Sullivan County history ripped through parts of the Grandview Palace Condominiums, leaving residents homeless.

The town board proposed taking over the site last year and held a public hearing on August 23 to hear comments on the town’s use of Eminent Domain to acquire the property.

During the public hearing in August, Town Supervisor Steven Vegliante said the property has sat untouched since the fire. The town board felt they had given the insurance company and the homeowner’s associations time to take care of the property at that time.

The town wants to acquire the property so the land can be developed and put into use since the property has sat dormant so many years, according to the proposed action by the town during the public hearing.

The town wants to achieve this through “residential, municipal and/or commercial economic development projects in connection with the public purposes of advancing the general prosperity and economic welfare of the residents of the Town by returning the vacant and/or underutilized ‘Proposed Site’ to productive use thereby promoting employment and increasing the property tax base within the town.”

However, during the public hearing in August, residents felt the property was being taken from them instead.

Brian Rourke, an attorney representing the residents of the Grandview Palace, said during the public hearing in August, “Not only did they [residents] lose their homes and investments and personal possessions, but they were also dealt with a very serious blow by the insurance carriers, who did not compensate the residents due to a technical issue with the policy.”