HURLEYVILLE –– It was a night of celebration, with several dignitaries on hand, on Sunday, at the Center for Discovery’s Michael Ritchie Big Barn, for the Fallsburg Fire … 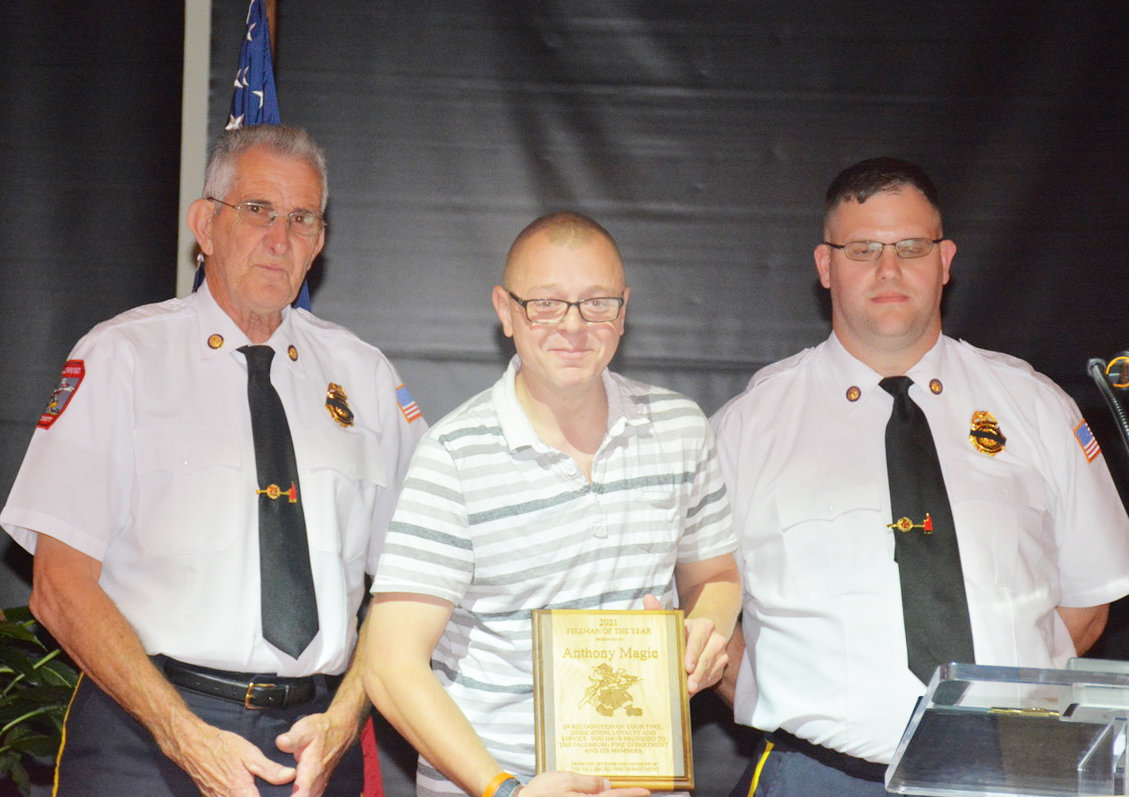 Beaming with pride is Anthony Magie (center), the recipient of the Fallsburg FD’s 2021 Louis J. Levine Firefighter of the Year Award. To his left is Fallsburg FD First Assistant Chief John Kozachuk, and to his right is Fire Chief Jordan Kozachuk.
Joseph Abraham | Democrat 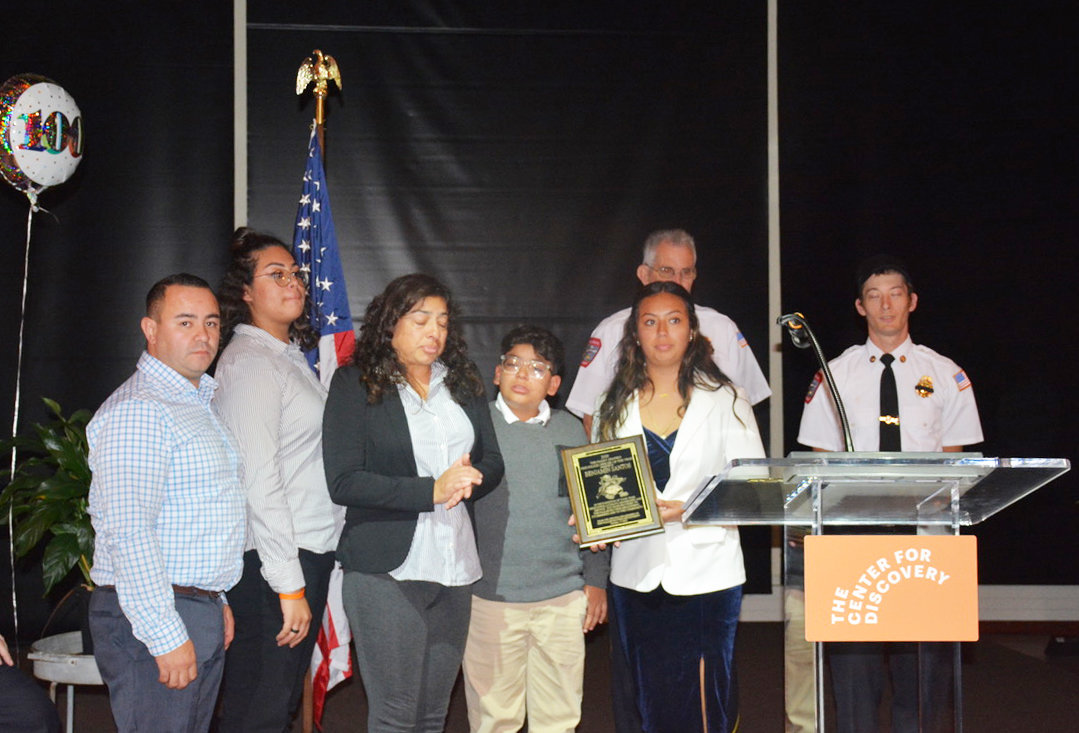 The 2020 Harry Shapiro Fire Police Officer of the Year Award was given to the late Benjamin Santos. Accepting the award on his behalf were several members of the Santos family.
Joseph Abraham | Democrat 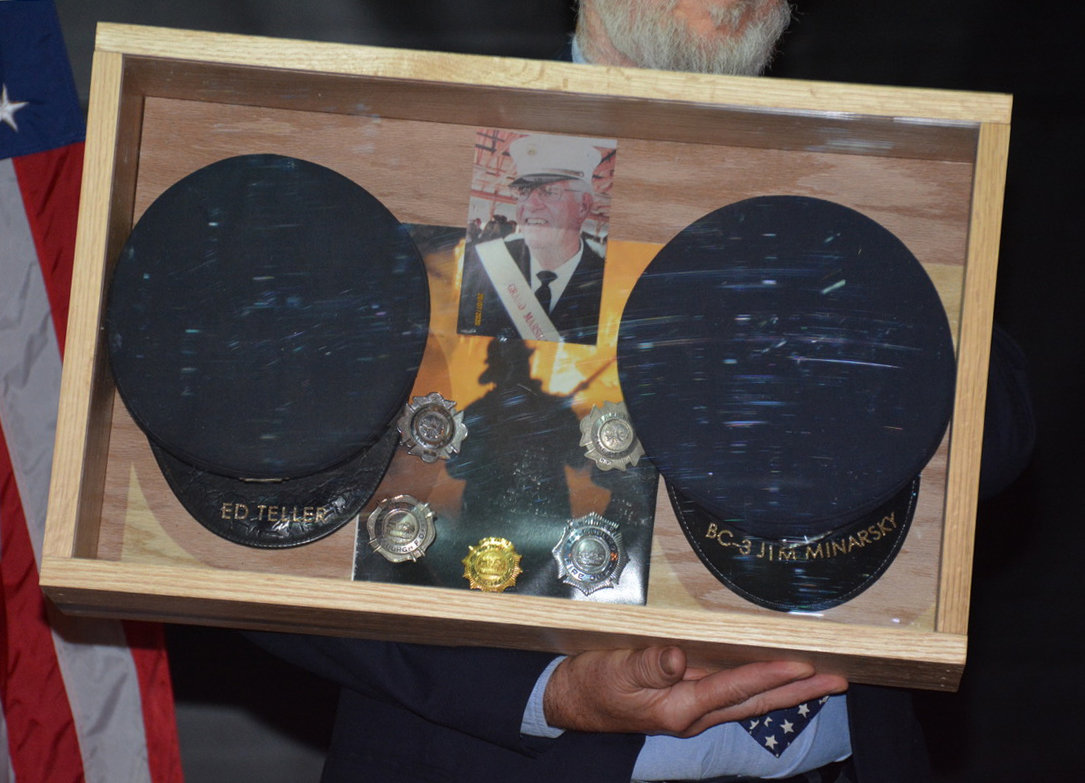 Eileen “Sweetie” Minarsky had a special gift for the Fallsburg FD - the hat and jacket of her late husband Jim (a former deputy fire coordinator who began his fire career at Fallsburg, before moving to Grahamsville), as well as the hat and badges of Jim’s grandfather, Ed Teller, a charter member of the Fallsburg FD. Teller’s hat and badges are approximately 100 years old.
Joseph Abraham | Democrat 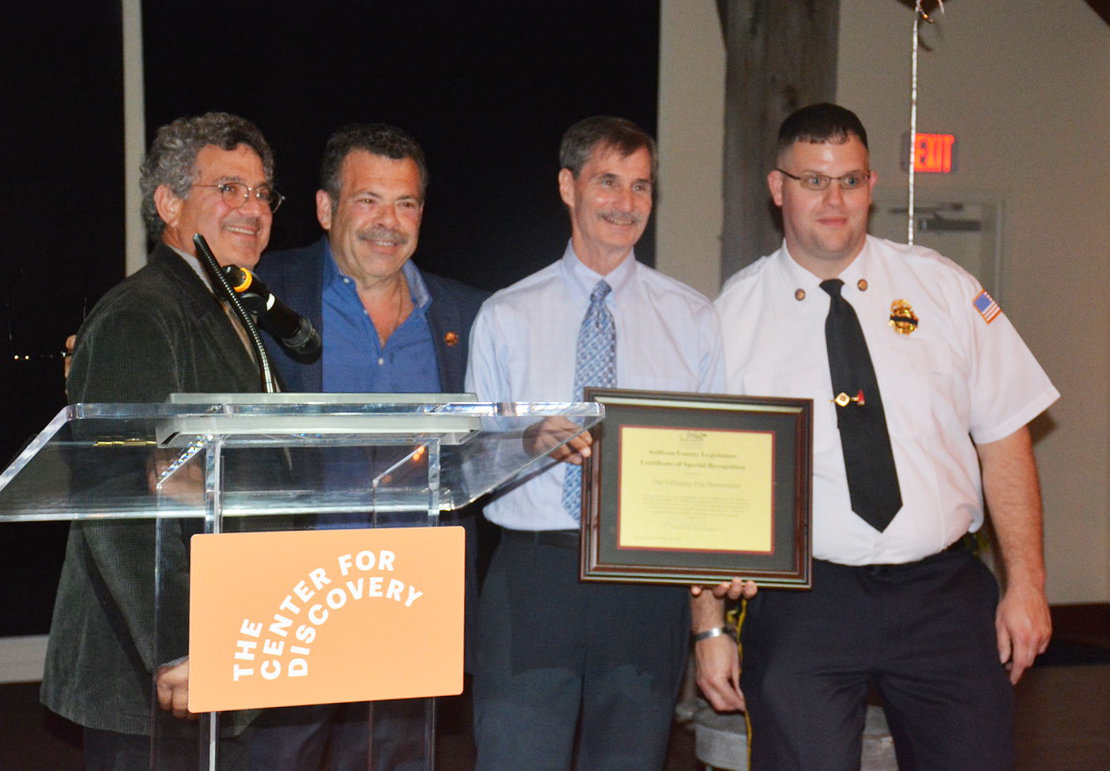 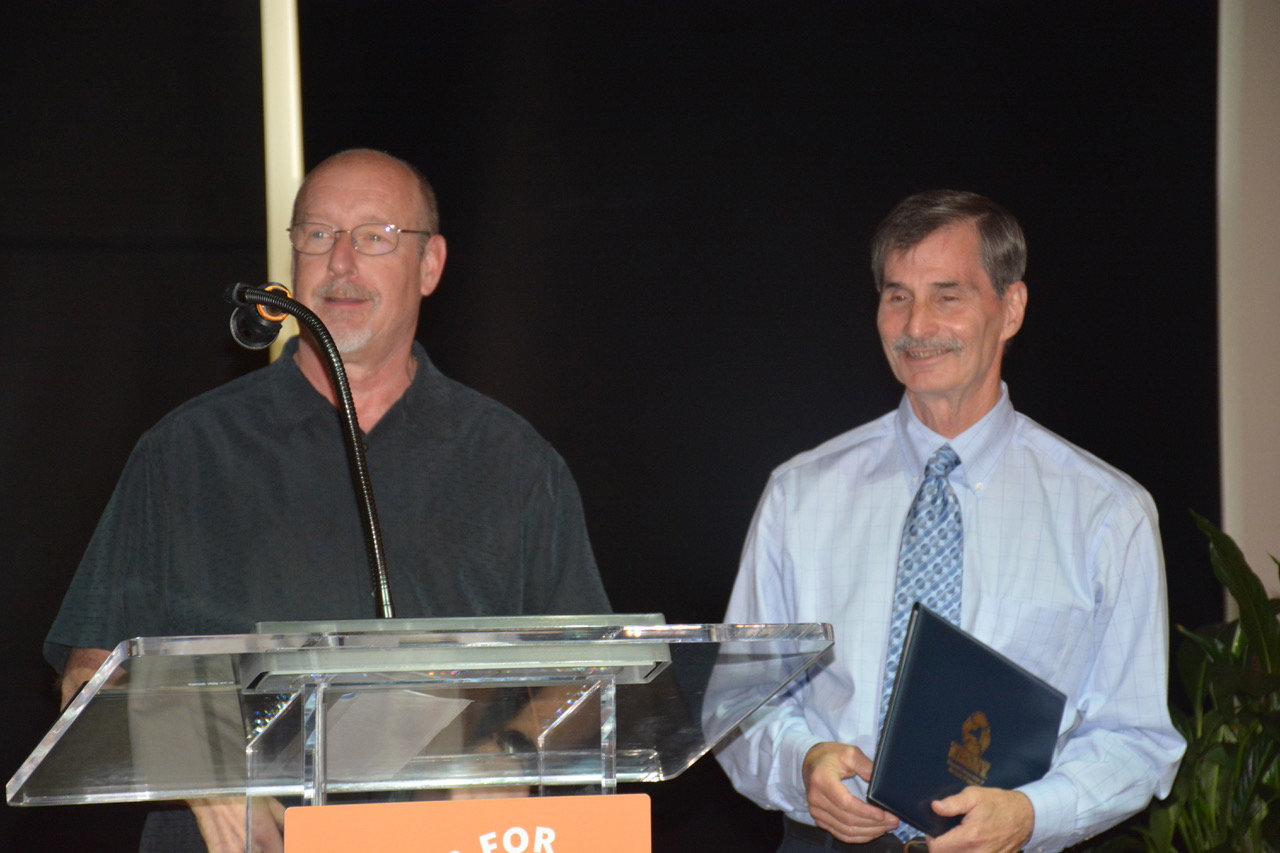 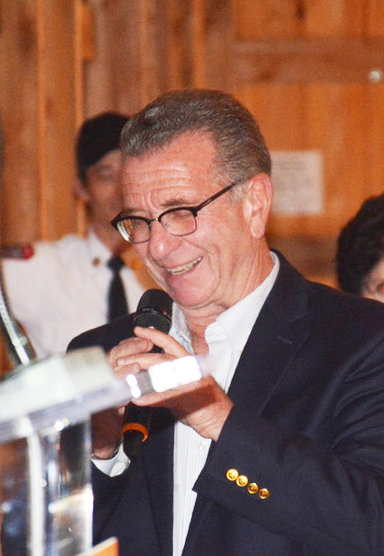 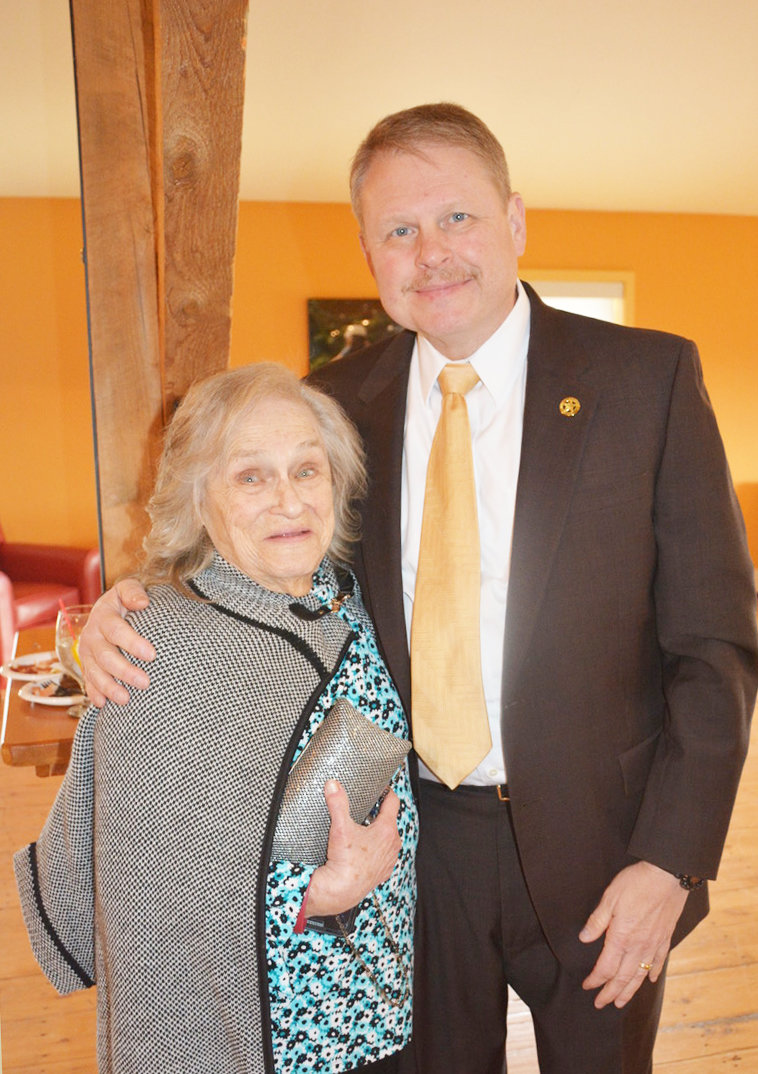 HURLEYVILLE –– It was a night of celebration, with several dignitaries on hand, on Sunday, at the Center for Discovery’s Michael Ritchie Big Barn, for the Fallsburg Fire Department’s 100th Anniversary Gala Dinner.
The evening featured several presentations and proclamations, some awards, as well as Fallsburg firemen reminiscing on old times.

The Fallsburg FD was recognized by several of their peers in neighboring companies and departments, as well as by the Sullivan County Volunteer Firefighters Association.

Additional highlights of the evening were Fallsburg FD President Bart Rasnick and Fire Commissioner Irving Kaplan being recognized for their 50 years of service to the department. Also, the prestigious 2021 Louis J. Levine Firefighter of the Year and 2020 ‘Harry Shapiro’ Fire Police Officer of the Year honors were awarded to Anthony Magie and the late Benjamin Santos respectively.

There was also a special presentation by Eileen “Sweetie” Minarsky, whose late husband Jim started his career in fire service with Fallsburg FD, before moving to Grahamsville. Jim’s grandfather Ed Teller was also one of the charter members of the Fallsburg FD.

“This is where they belong,” said Minarsky.