“He was a true leader in his class, genuinely cared …

Where are they now? 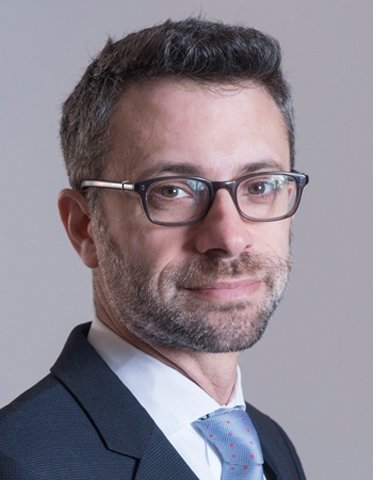 “He was a true leader in his class, genuinely cared about everyone around him and hoped they'd succeed,” Weiner continues.

Weiner served as the Class of 1991's advisor. Weiner started coaching at Fallsburg in 1981, and was a teacher at the district from 1985-86 until 2014 when he retired. In that time he's seen a lot of students, but notes that if he had to pick someone as a role model, Ingber would definitely be in the conversation. “He was a great student and community person.”

While attending Fallsburg Junior/Senior High School, Ingber played golf, tennis and was on the ski team. He was the president of his class before going to the University of Pennsylvania where he majored in International Relations and minored in economics.

Ingber then attended law school at George Washington University. When he graduated in 1998 he was hired by Mayer Brown where he's worked ever since.

He started as an associate in the New York office, and in about eight years was made partner at the firm in the litigation group, focusing on commercial and securities litigation. He'd go on to chair the office's Pro-Bono committee and helped manage the global litigation group. And now as Partner-in-Charge, Ingber manages the office's approximately 250 lawyers while continuing his own practice, working with clients across the U.S. and internationally.

“I enjoy working on cases where I can learn about different industries or products,” Ingber said. “That variety of cases can be challenging but also intellectually stimulating and energizing. Combined with my terrific collegues and clients, that's what continues to draw me into this profession and this firm.”

Ingber recently handled a lot of financial crisis litigation, which featured some of the largest institutions in history.

He also enjoys his pro-bono work because he's “representing people who really need legal services and would otherwise be unable to afford it.”

In addition to his work at Mayer Brown, Ingber sits on the boards of the NY Lawyers for the Public Interest, Lawyers' Committee for Civil Rights Under Law, and The Cameron Kravitt Foundation.

Ingber currently resides in New York City with his wife Michelle and their daughters Sophie (age 15) and Jordana (age 12). He notes that in his free time he spends as much time with his family as he can. “That's my priority and what's most important to me,” he says.

He also enjoys playing tennis, skiing, exercising from time to time, and is very active at his synagogue.

Ingber was one-of-two kids. His sister Melissa, also lives in NYC, and parents, Howie and Fern reside in Middletown.

“He's always been a self-motivator,” Fern says. “He's been a joy since he was born, and has given us nothing but pride in everything he's done. He has the biggest heart I've ever known and is the kindest, most giving person on the planet.”

His father, Howie, President of Service Scaffold Company, Inc. in South Fallsburg, says, “As busy as he is, he makes time for everyone else. He could be on the other side of the world, and if his kids have a meeting, he'll be there. He's a wonderful, wonderful man.”

“I still have a deep connection to Sullivan County,” Ingber said. “I'm grateful it's where I was able to grow up.”