MIDDLETOWN – Four remarkable individuals who greatly impacted county track and field are the latest inductees into the Section IX Track and Field Hall of Fame. Tributes, testimonies and fond … 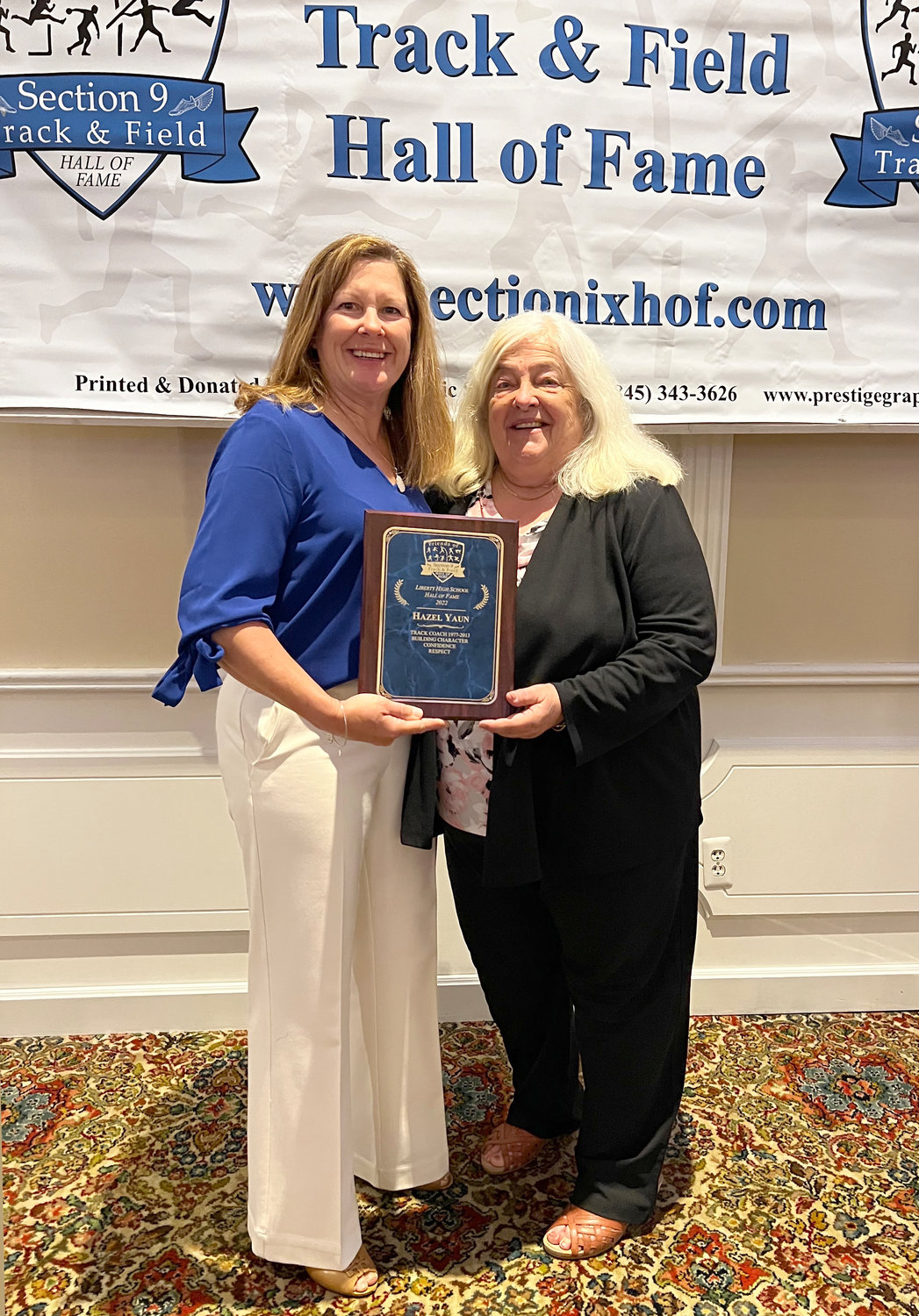 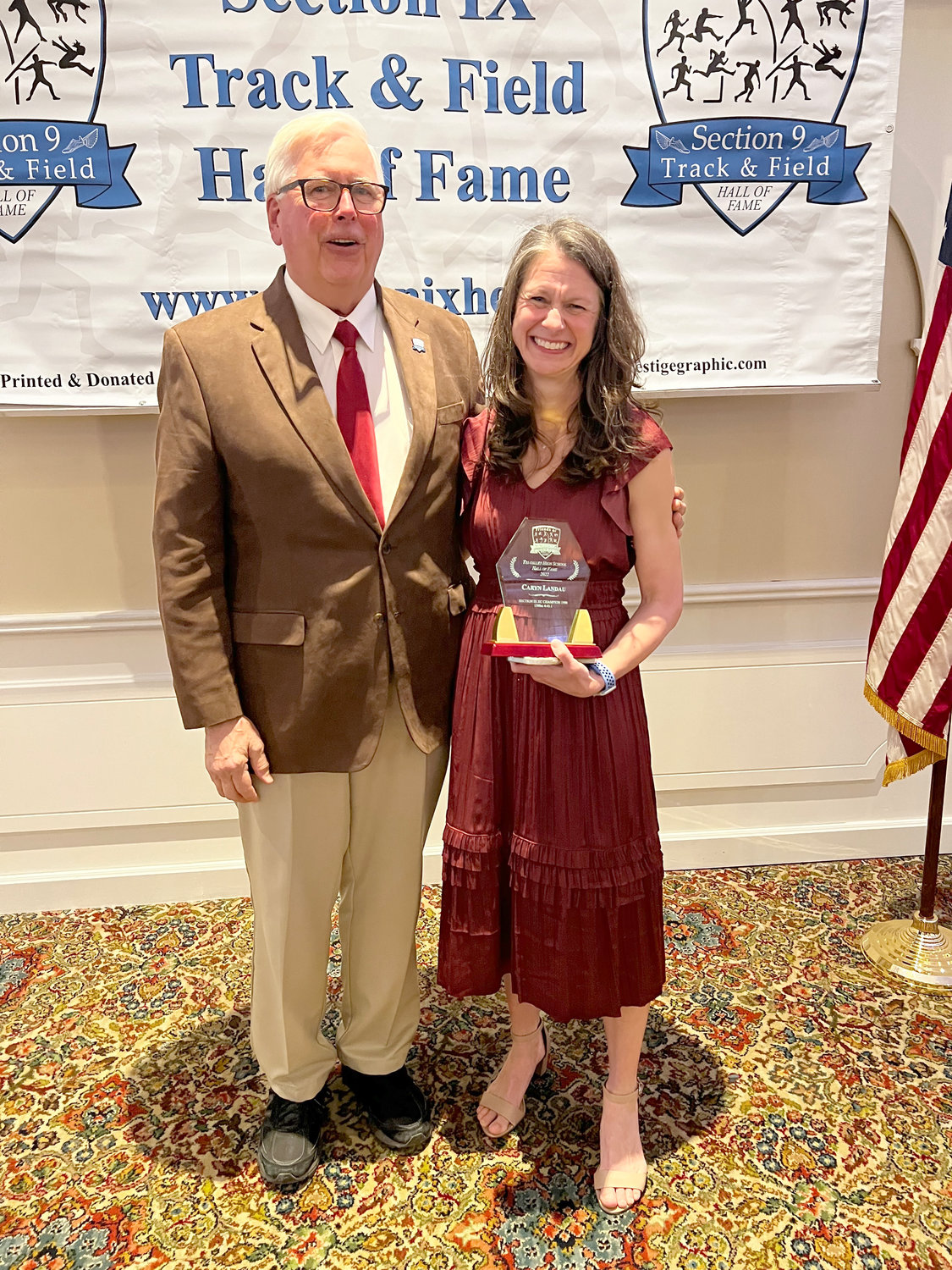 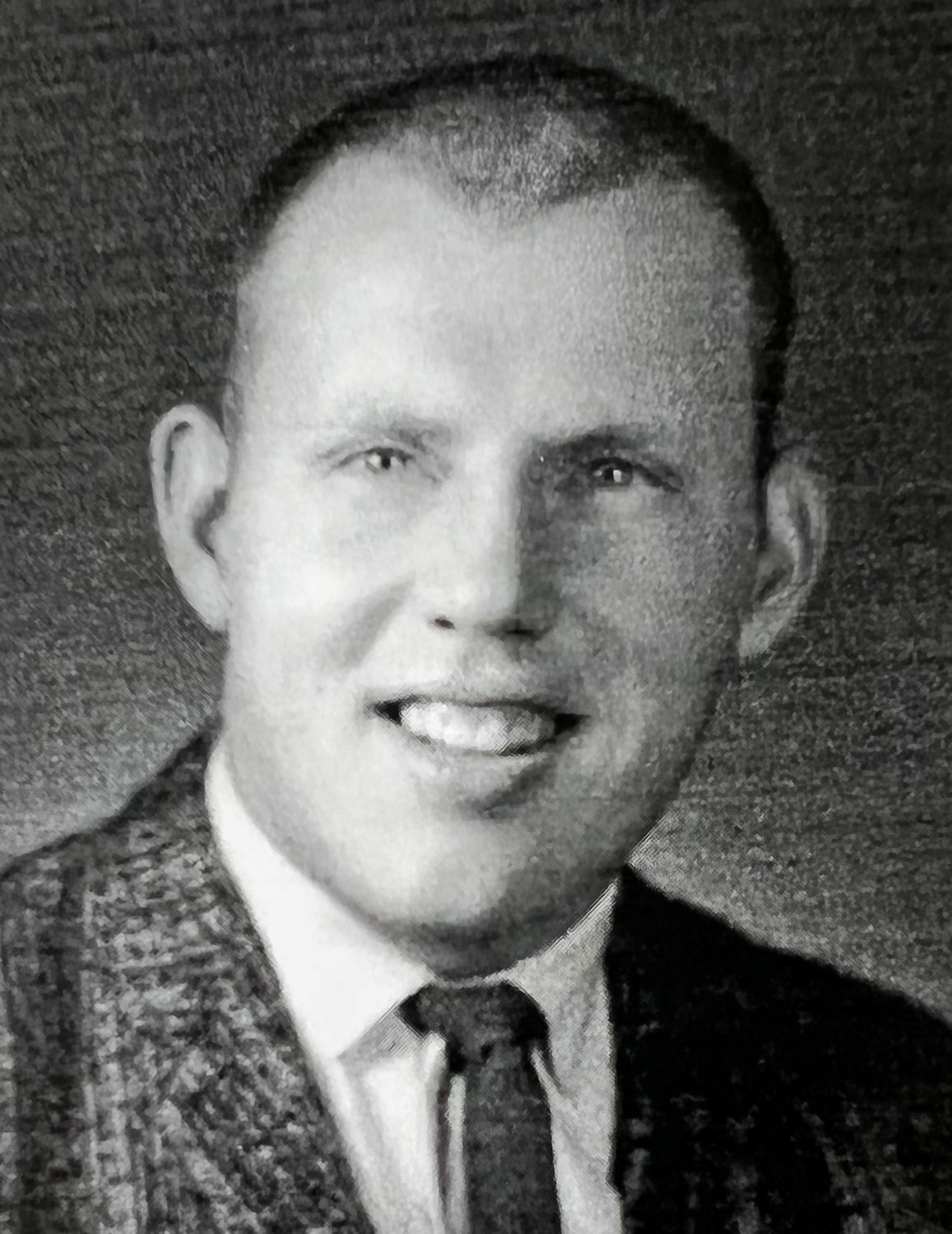 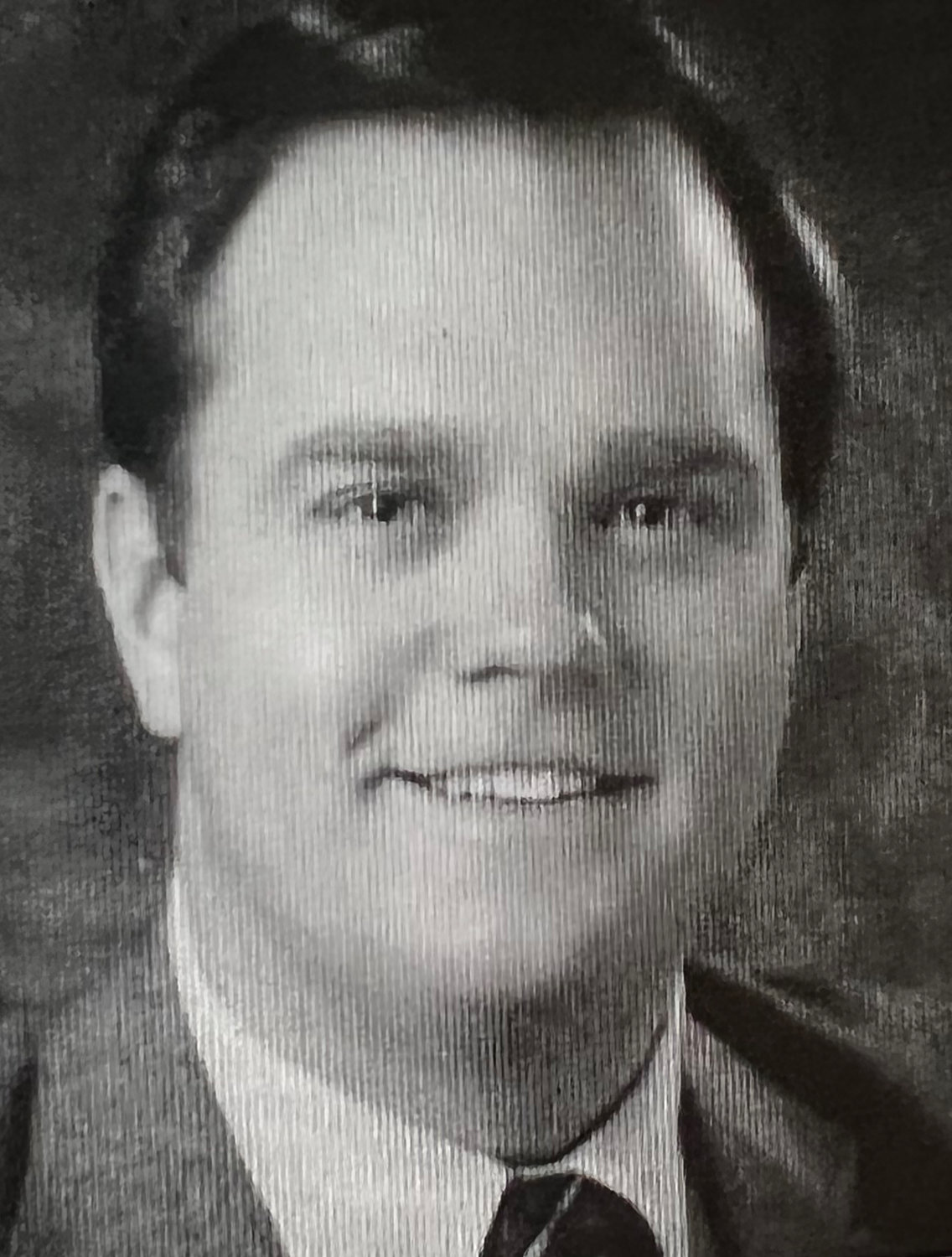 MIDDLETOWN – Four remarkable individuals who greatly impacted county track and field are the latest inductees into the Section IX Track and Field Hall of Fame. Tributes, testimonies and fond remembrances are always standard fare when it comes to honoring people who have devoted so much of their lives to any given endeavor. And those aspects, along with the accompanying smiles, laughter and a few tears were part and parcel of the Fifth Annual Section IX Track and Field Induction ceremony, which included the inclusion of four individuals who devoted their time, unbridled energy, skills and love to track and field here in Sullivan County.

Since its inception in 2016 when a group of coaches, officials and journalists created this organization to “celebrate the tremendously talented athletes, coaches and officials that make up Section IX, there have been four classes of inductees during the 2017, 2018, 2019 and 2022 ceremonies. Due to COVID-19, which caused the cancellation of the interim years of 2020 and 2021, an induction ceremony was held this past fall, which honored Sullivan West coach Ron Bauer, and the glorious track and field legacy of Tri-Valley’s Chip Furman.

Now the Hall of Fame Class of 2022 welcome Liberty Coach Hazel Yaun, legendary track official the late Bob Chapman, longtime illustrious coach at Valley Central and then at Monticello Bob Decker, and the outstanding running exploits of Tri-Valley’s Caryn Landau. Each of these outstanding individuals created a memorable legacy, which warranted their induction into this storied group which has to date, enshrined 89 standouts into its special honorary echelons.

There are no words to quantify the love and impact of Liberty track and field coach Hazel Yaun. A graduate of Liberty, she came back in 1977 to coach outdoor track along with Steve Colman. The duo worked together until 1989 as part of Yaun’s 34-year stint as outdoor coach. She also coached indoor track for 14 years as Liberty fluctuated between Class B and C. During that time her team won two Sectional championships and had multiple runners up standings as well.

Under her devoted watch and mentorship, two state champions were crowned including triple jumper Chad Washington and sprinter Jessica Dunnigan who won gold in the 200. In 1999 Yaun began as a volunteer coach for the Hudson Valley Empire State Games and focused on improving her pole vault program despite not having the proper equipment.

To wit, she took her pole vaulters to benefit from the superior mentorship of coaches Tim St. Lawrence and Hugh Cauthers at the Flying Circus as well as bringing her jumpers to Al Berardi’s Heights Unlimited. Beginning in 2000 she began taking her team to West Point for indoor track.

From 2000-2013 when she retired, Liberty captured five Division V championships and one runner-up finish. Hazel reflected on her mission, “I coached to provide the opportunity, build character, confidence and to promote respectful attitudes with all my athletes. I am so proud of the 1000 or so athletes that ran, jumped or threw during my tenure.”

The late Bob Chapman understood the importance of high school sports. He was quoted in the Sullivan County Democrat as saying, “I think they are an extremely important part of a young person’s growing up and development.” Chapman spoke from experience.

A 1964 graduate of Roscoe Central School, he lettered in football, track and baseball before moving on to Sullivan County Community College and then Parson College for business. He served as an agent and sales manager for Prudential Insurance for 29 years and operated Drehers General Store. Eight years of military service in the National Guard and U.S. Army reserve served as a forerunner to a 37-year sports career officiating football, volleyball and his favorite, track and field.

As a track and field official, he was noted as an outstanding starter, clerk and referee at county and sectional meets throughout his 20 plus years of officiating. Affable, efficient and well liked, Bob Chapman was a great asset to high school sports and a mainstay in the realm of track and field.

The word dynasty is synonymous with Tri-Valley’s track and field program. For a school of its size, the historic legacy of its accomplishments is beyond impressive. For Caryn Landau, a 1991 graduate, cross-country runner and track athlete with an exemplary career, becoming the seventh Bear to be inducted into the Section IX Track and Field Hall of Fame was more than fitting.

In his introduction to her, Board of Directors member Dave Goggins quipped, “Welcome to the fifth annual edition of the Tri-Valley sports banquet. He was alluding to the former inclusion of her sister Kate, coaches Joe and Missy Iatauro, outstanding thrower Ryan Loughney, two-time state champion Heather Iatauro, former teammate and runner extraordinaire Chip Furman.

Landau’s X-C career spanned her eighth grade to her senior year. She was a member of two state championship teams (1987-1988). She was the Section IX Class C champion in 1990. She competed on varsity track from seventh through 12th grade and qualified for multiple NYSHSAA championships. A middle-distance runner, exceptional in the 1500/1600 meters, she was seen as a “trailblazer in Section 9 at the high school level.”

She was a qualifier for the National Scholastic indoor mile in 1991 and in outdoor track she established personal best of 4:44.8 in the 1600 meters and 5:05.2 in the mile. Caryn became a scholar athlete at Georgetown University. In cross-country she was a four-time NCAA All-American with two third place finishes.

She culminated her remarkable running career by qualifying in 2008 for the Olympic Marathon Trials. Landau credited the coaches and officials who have given so much to student athletes.

She lauded Joe and Missy Iatauro, who she referred to as, “an essential part of my story. I always felt that I was cared for not just as an athlete but as a person. My career was shaped by both of them and they helped to make me who I am.”

To be sure, the illustrious coaching career of Bob Decker at Valley Central High School, which began in 1968, was the most momentous part of his memorable legacy. His Sullivan County connection was established after his retirement from Valley Central in 1995, whereupon he continued his coaching by mentoring throwers at Monticello High School for a number of years. He also coached his grandsons, one of whom won the discus and javelin at the Section IX state qualifier and the other placed third in the AAU National Junior Olympics in the javelin. But as mentioned, Decker’s induction into the Hall of Fame is primarily due to his legacy at Valley Central.

A 1958 graduate of Walden High School, Decker became one of the most celebrated runners in the school’s history. A four-sport star in football, basketball, baseball and track and field, he was the recipient of the Outstanding Football Player in Hudson Valley in his senior year and the top combined hitting/fielding average in baseball.

After receiving scholarship offers from a host of top Division One schools, he chose to attend Colgate University where he played football, baseball and ran track. Several years after graduating he came back to teach and coach at Valley Central. He coached men’s and women’s cross-country and indoor and outdoor track. He started the winter track program at VC and was one of the driving forces behind making indoor track in Orange County a reality. He also founded the Orange County Track Club in 1971 for all ages to promote the sport in the area.

Under his mentorship, many county, sectional, NYSPHSAA and Empire State champions ensued. His specialty was in the field events including the shot put, discus, hammer throw and javelin. To this day, his son Karl’s 1986 Section IX record in the javelin still stands.