FALLSBURG - On May 3, Fallsburg High School Principal Kyle Roddey introduced the Valedictorian and Salutatorian of the Class of 2022 during a brief ceremony in the main lobby of the school. … 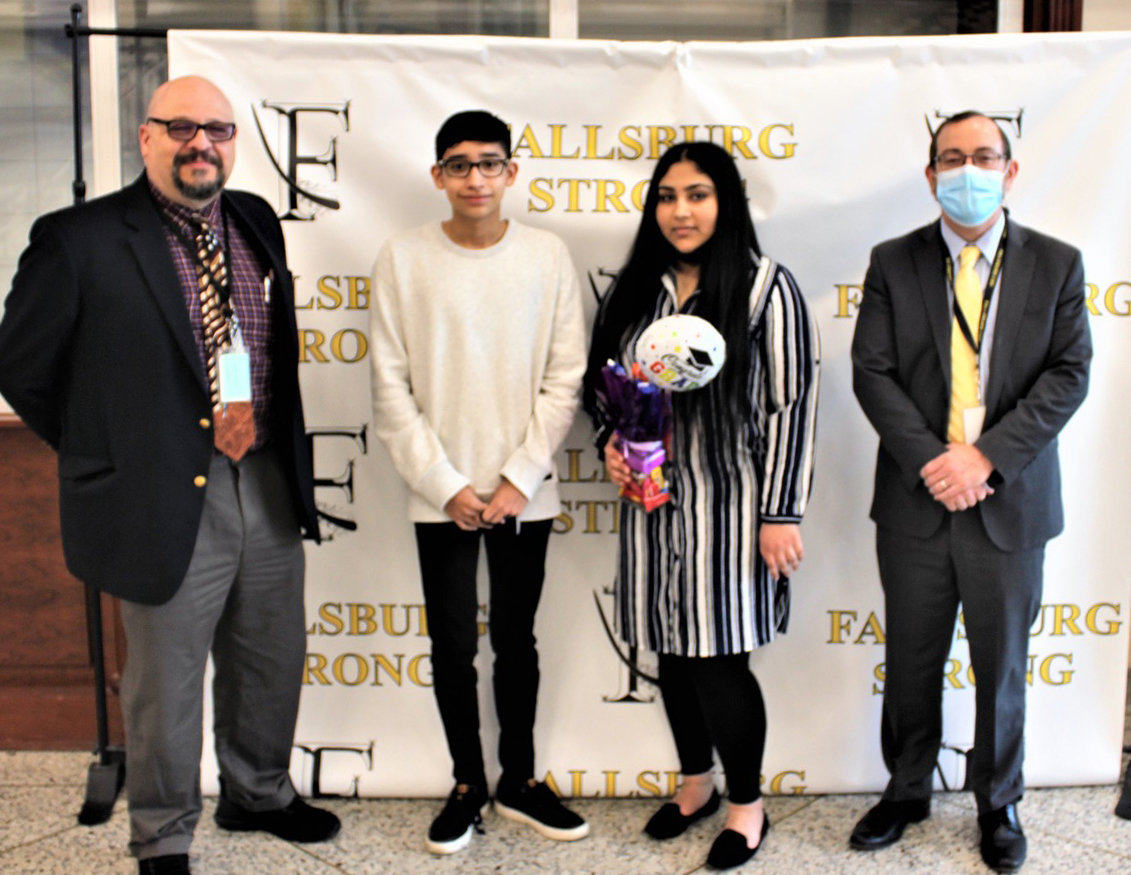 FALLSBURG - On May 3, Fallsburg High School Principal Kyle Roddey introduced the Valedictorian and Salutatorian of the Class of 2022 during a brief ceremony in the main lobby of the school. Valedictorian Nabiha ShahJahan and Salutatorian Jonathan Espinoza worked hard to maintain the highest-grade point averages over the years and earn these distinctions. Principal Roddey acknowledged their achievement and congratulated the family members present.

Superintendent Dr. Ivan Katz thanked the parents for the values they placed on education and for their influence in guiding their children to this special moment in their lives. Fallsburg was proud of their scholarship and academic excellence. Guidance counselor Meryl Giarrizzo praised Nabiha and Jonathan as well.

The proudest people at the event were the family members, Mirza ShahJahan, Nabiha’s father, Edgar and Jeannette Espinoza, father and mother of Jonathan, and his brothers Jaedon and Jaecob. The families show the diversity of the Fallsburg school population. Nabiha’s family emigrated from Pakistan in 2014 and Jonathan’s dad came to Fallsburg in 1985. His mom was born in Woodridge and her heritage is from Puerto Rico.

Both students will be attending SUNY Sullivan in the fall and will eventually be attending four-year colleges after that.