THOMPSON —  Members of the Monticello Fire Department and others responded to the scene of a structure fire on Wildcat Road in the Town of Thompson just before noon on Thursday. 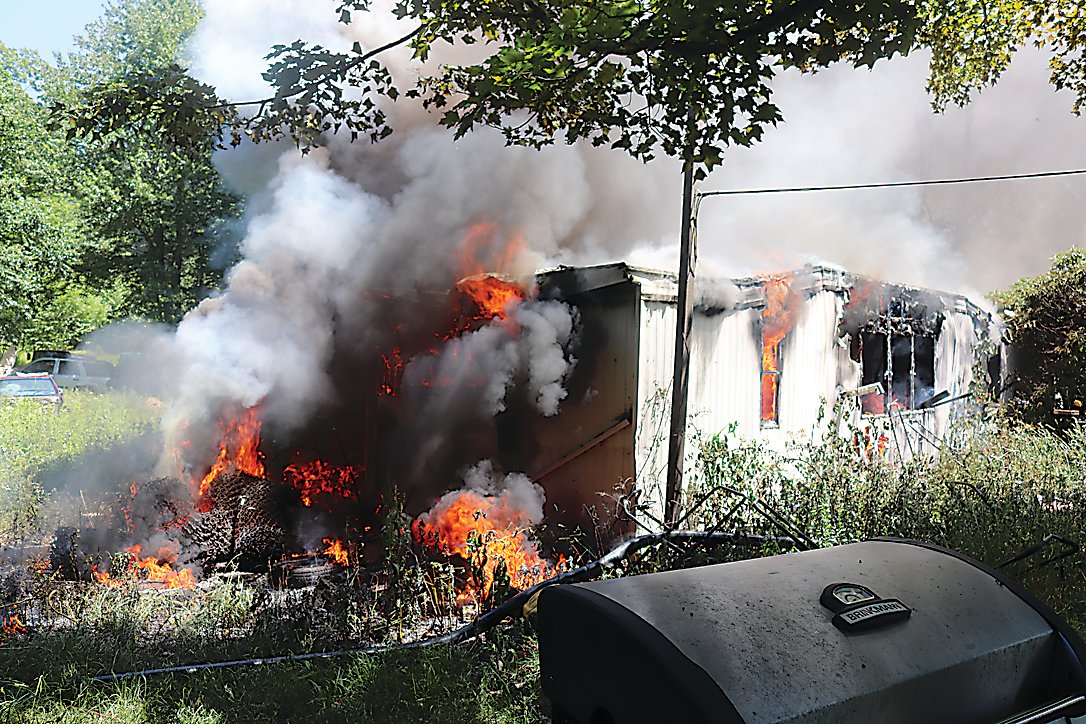 There were no injuries reported from a fire that consumed a trailer home in the Town of Thompson on Thursday.
Contributed photo
Posted Tuesday, July 5, 2022 6:10 am

THOMPSON —  Members of the Monticello Fire Department and others responded to the scene of a structure fire on Wildcat Road in the Town of Thompson just before noon on Thursday.

While enroute, Engine 22-12 reported a visible column of smoke and requested a second alarm.

Engine, tankers and manpower were dispatched from Rock Hill and Kauneonga Lake to the scene.

Upon arrival, engine 22-12 reported a working fire in a residential trailer-type home.

The Liberty Fire Department was on standby at Monticello’s station.

Monticello was assisted at the scene by Sullivan County Bureau of Fire and Fire Investigators, Sullivan County Sheriff’s Department, Mobilemedic EMS and New York State Electric and Gas for a power cut.

No injuries were reported and all units were back in service by 2:46 p.m.