HURLEYVILLE –– At around 6:30 p.m. on Monday, the Hurleyville Fire Department responded to a structure fire call at 314 Main Street, which is located diagonally across the street from … 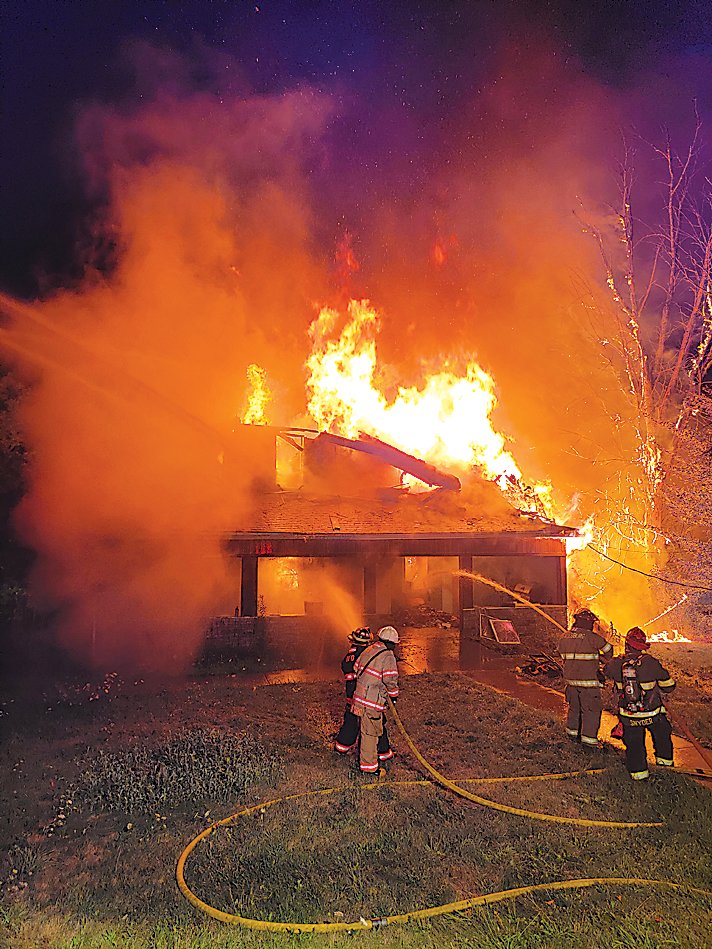 HURLEYVILLE –– At around 6:30 p.m. on Monday, the Hurleyville Fire Department responded to a structure fire call at 314 Main Street, which is located diagonally across the street from Behan’s Garage.

According to Hurleyvlle Fire Chief Charles Payne, the fire was confined to a bedroom in one the apartments in the building. Payne said the structure was condemned by the Town of Fallsburg and the residents were relocated by the American Red Cross.

When firefighters left around 11:30 p.m., Payne said there was no sign of smoke or fire.

However, around 3:30 a.m. Tuesday morning, Hurleyville firefighters responded to a structure fire at the same location.

Payne said as he turned onto Main Street from Mitteer Road he could see the fire. Approaching the house, he explained that fire was blowing out of two front windows. Within 3-4 minutes, Payne said the entire structure was engulfed.

Payne notified the Town that they’d be using water, and checked in again with the head of the water department around 5 a.m.

The nearby tower that was initially used as the primary water source to fight the fire had about 15 feet of water in it. At 5:30 a.m. they were notified that they’d have to find another water source, as it had dropped to 10 feet and was needed for the Town, which is currently facing a water shortage.

The Hurleyville FD then ran five-inch hose all the way down Little Pond Road, to a pond owned by Deputy Fire Coordinator Battalion 3 and fellow Hurleyville firefighter Jack Halchak, which was used the rest of the way to fight the blaze.

Assisting Hurleyville on scene were the Loch Sheldrake, Fallsburg, Monticello and Woodridge Fire Departments, as well as the Fallsburg Police Department, Mobilemedic EMS, Town of Fallsburg Code Enforcement and NYSEG.

Firefighters were on scene until around 9:30 a.m. Tuesday and an investigation into the fire is ongoing.