Thirteen-year-old Evan Ernst was beaming with pride after taking his first buck with a bow around 4:30 p.m. last Wednesday in Youngsville. Using his Mathews bow, Ernst took the six-pointer, with an … 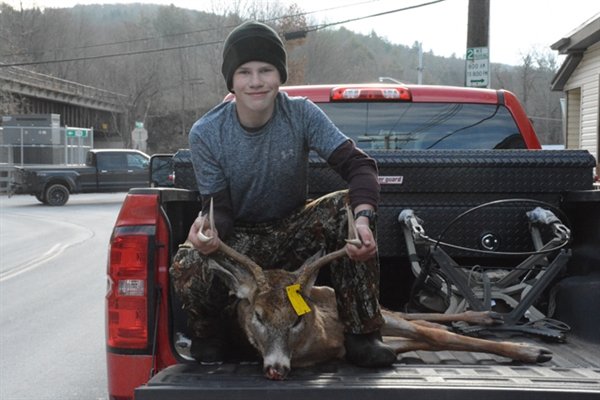 Thirteen-year-old Evan Ernst was beaming with pride after taking his first buck with a bow around 4:30 p.m. last Wednesday in Youngsville. Using his Mathews bow, Ernst took the six-pointer, with an 18-inch left beam, 17.5-inch right beam, and 18-inch spread, for a score of 59.5 in the Democrat Bow Contest. Shortly after a bear showed up, who Evan and his father Ian believe might have been the one to take a bite out of the buck. Since the bear was small, young Evan made an admirable decision to let the bear go.