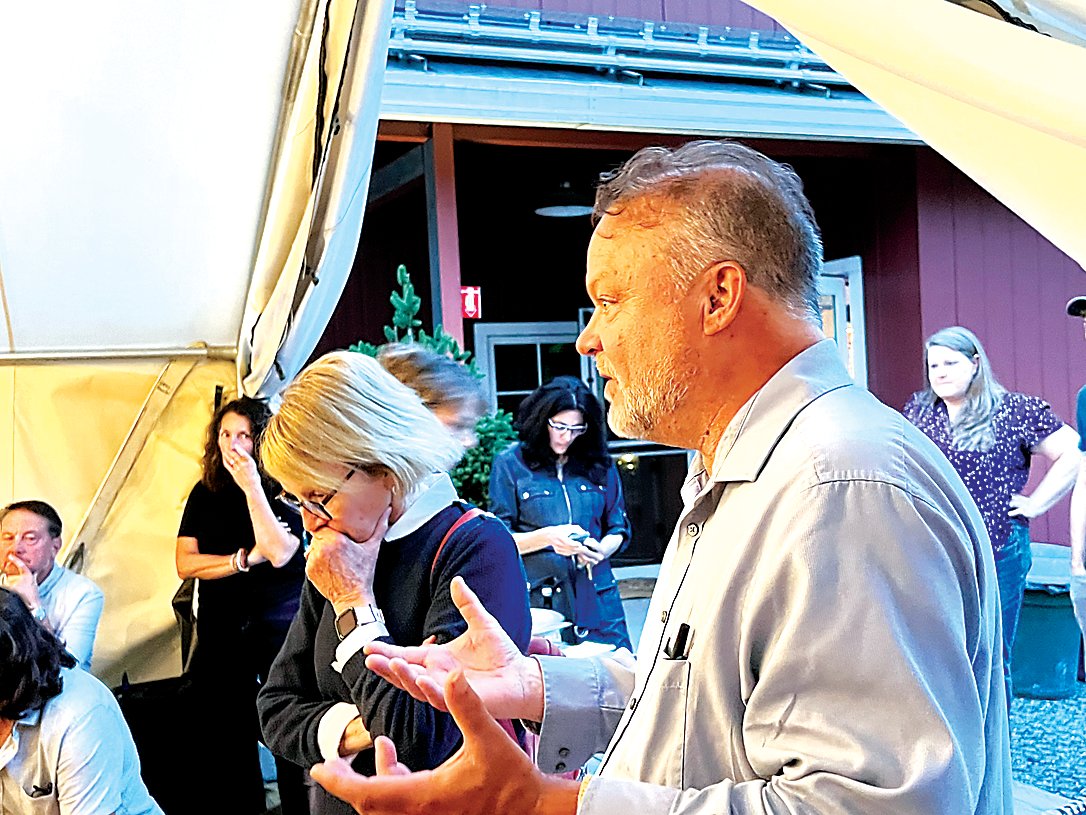 The Environmental Bond Act, announced by Governor Kathy Hochul, is the largest of its kind in New York State history. It is intended to put various green-friendly projects into motion, including protecting clean drinking water, modernizing infrastructure, improving public health and safety, and conserving natural resources.

Should the act be passed, it could deliver $650 million for water quality and resilient infrastructure projects. It would include the same amount for open space conservation and recreation, $1.1 billion for restoration and flood risk reduction, and $1.5 billion for climate change mitigation.

If enacted, the Bond Act is estimated to create roughly 84,000 jobs across New York State and at least $8.7 billion in project spending.

Jackson reminded those in attendance to flip their ballots on November 8 to vote on the Bond Act, as well as to either register to vote or update their information as necessary within the coming weeks.

Assemblywoman Aileen Gunther spoke of her support for the Bond Act, and the need to push for further financial assistance in the conservation of the Delaware River region in the future.

“Next year during the budget time, we need to put a lot of pressure on [Governor Kathy] Hochul about this,” Gunther said. “It is so valuable to everybody that lives in New York State.”

The Bond Act passing would not guarantee Sullivan County with a specified portion of the $4.2 billion, however, a required $1.4 billion (35 percent) of this total fund must be given to disadvantaged communities.

“We’ll figure out what the criteria [for receiving partial funds] is,” Executive Director of the Friends of the Upper Delaware River (FUDR) Jeff Skelding said.

“We’ve had to fight for every nickel and dime that comes into this region, the same thing is going to happen here,” Skelding said. “We are still going to have to fight hard to bring that money back home to the Upper Delaware River.”