ONEONTA – Aubrey Soller, a former Monticello Panther has been competing in cross country for SUNY Oneonta throughout the fall semester. Currently a sophomore at SUNY Oneonta, Soller set a … 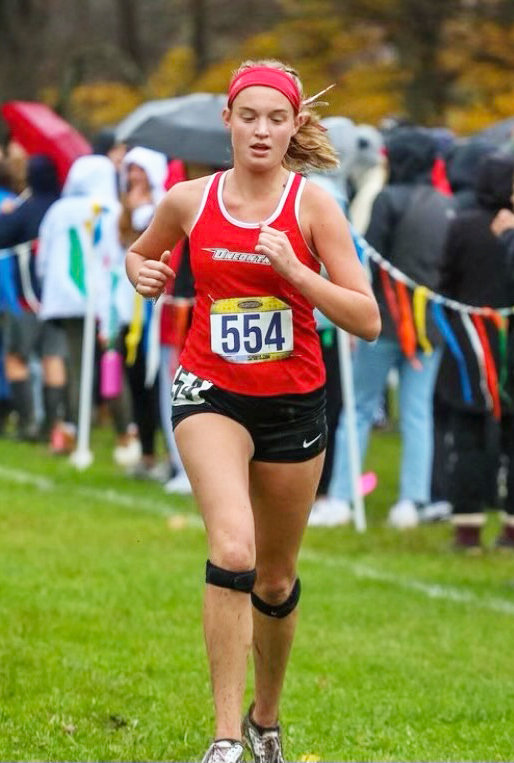 ONEONTA – Aubrey Soller, a former Monticello Panther has been competing in cross country for SUNY Oneonta throughout the fall semester. Currently a sophomore at SUNY Oneonta, Soller set a personal record on October 16 at the Connecticut College Invitational, simultaneously earning a trip to the 2021 SUNYAC Cross Country Championships.

Soller began running cross country in her sophmore year of high school and attributes it to a lot of her success.

Entering her second year as a college athlete, Soller has been amazed by the experience so far.

“Although it comes with its challenges, being an athlete has made my college experience better than I could ever imagine.”

While the level of competition may have changed, Soller’s resiliance and personal successes have helped her to grow as a runner.

“Something I have learned is that the only person you can control during a race is yourself, so it’s best to focus on that,” she said. “Collegiate athletes are all so dedicated, and it can be difficult going into a race knowing that there are people that are faster than you.”

Aubrey, who finished with a time of 32:29.3 at the SUNYAC Cross Country Championships, added how important her support system has been.

Aubrey made it clear how important running is to her saying, “Running changed my life and I love being able to still compete at the next level.”