SULLIVAN COUNTY – Gary Peters of Callicoon shot the buck of a lifetime on Sunday, November 21, when he bagged a big 10-pointer while hunting in the Town of Fremont. 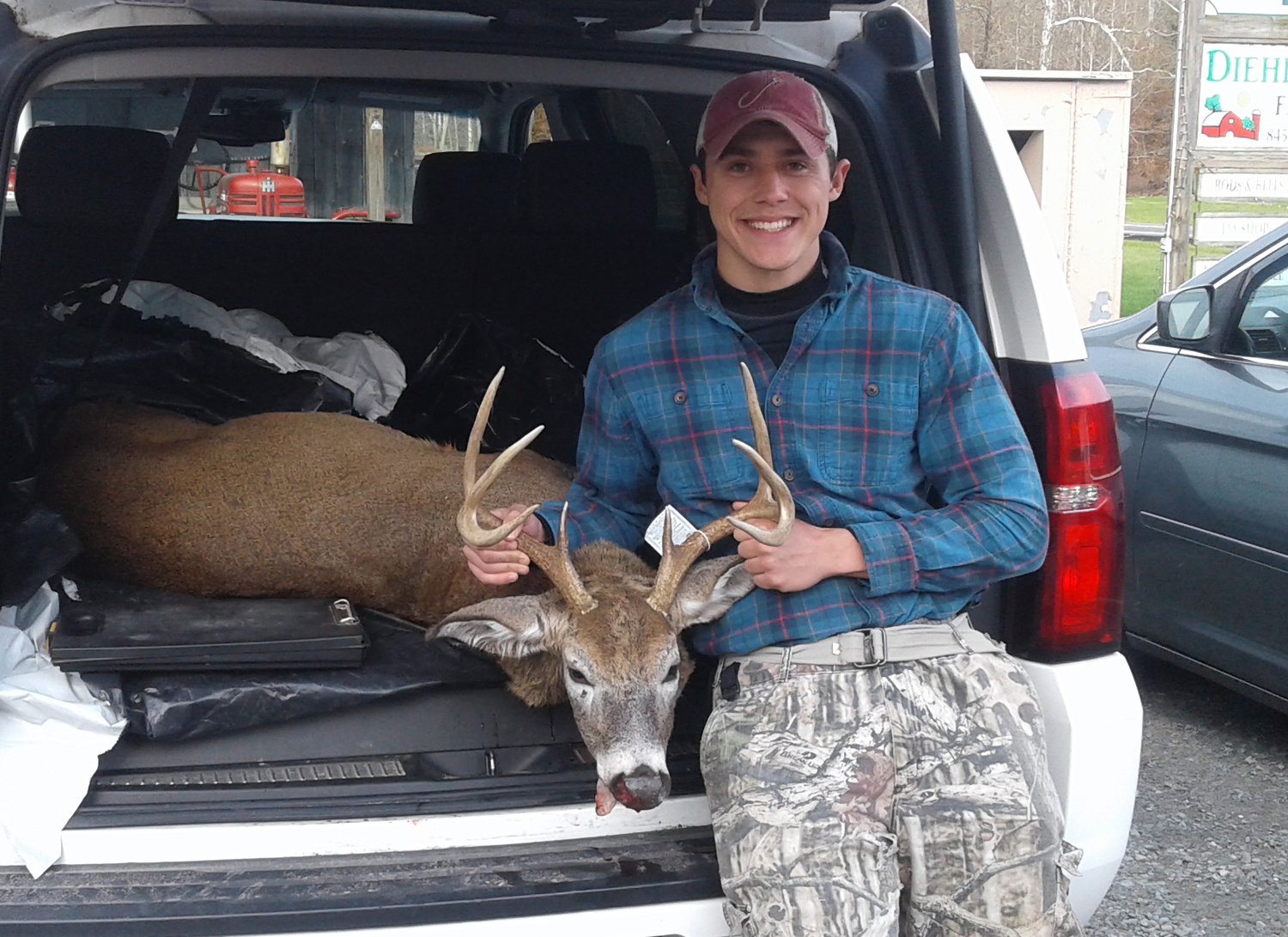 Henry Peters bagged this nice 8-pointer on opening day in the Town of Fremont. It scored 63.25 in the Big Buck Contest.
Sportsmans Den | Democrat 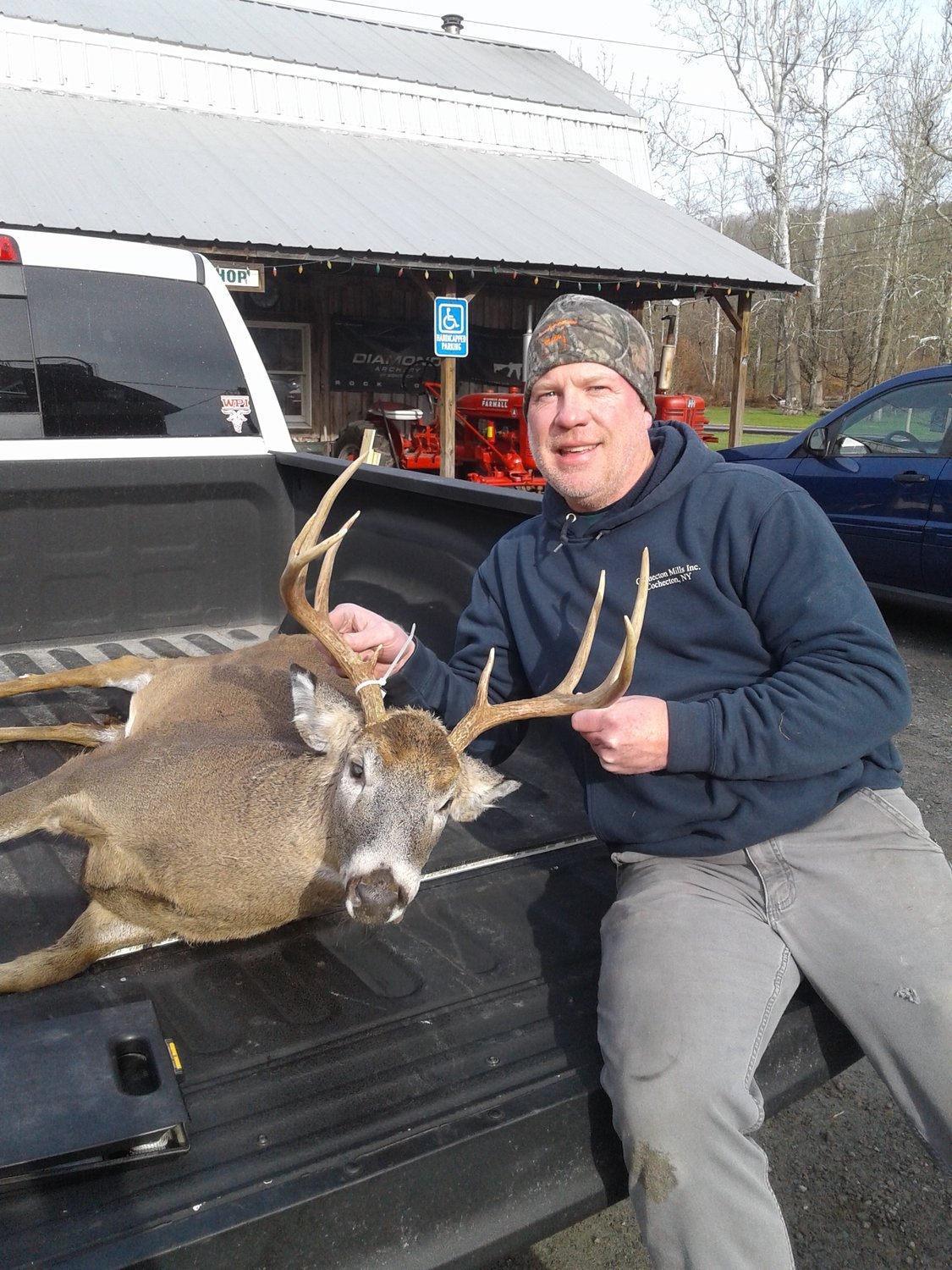 Sean Nearing was hunting in Cochecton on opening day when he took this nice 9-pointer, which scored 62.25 in the contest.
Sportsmans Den | Democrat 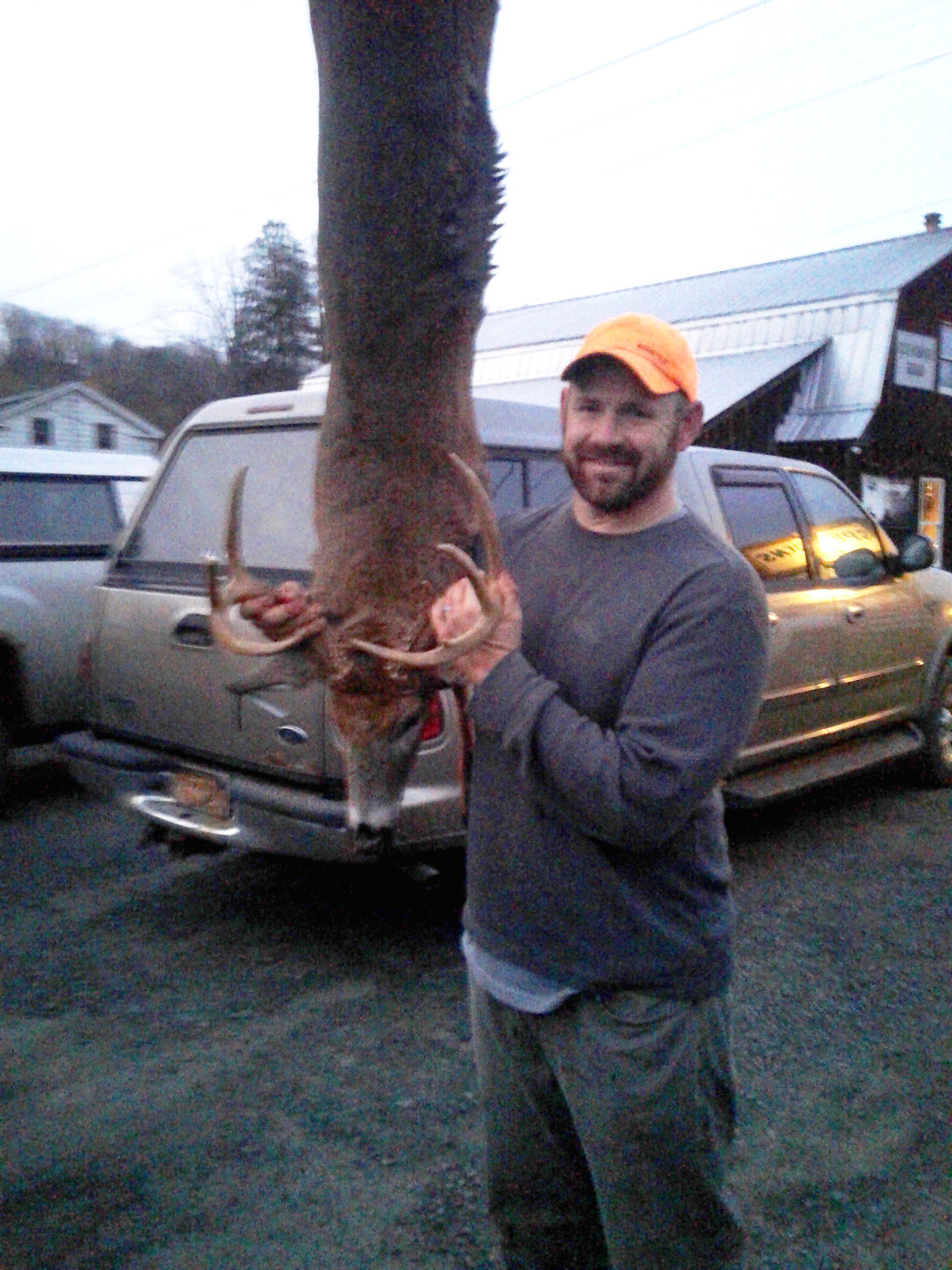 At left, Mike Wingert of Woodbourne bagged this big 8-pointer in the Town of Cochecton on opening day. The buck is leading the Democrat’s Heavy Deer Contest, dressing at 151 lbs.
Sportsmans Den | Democrat 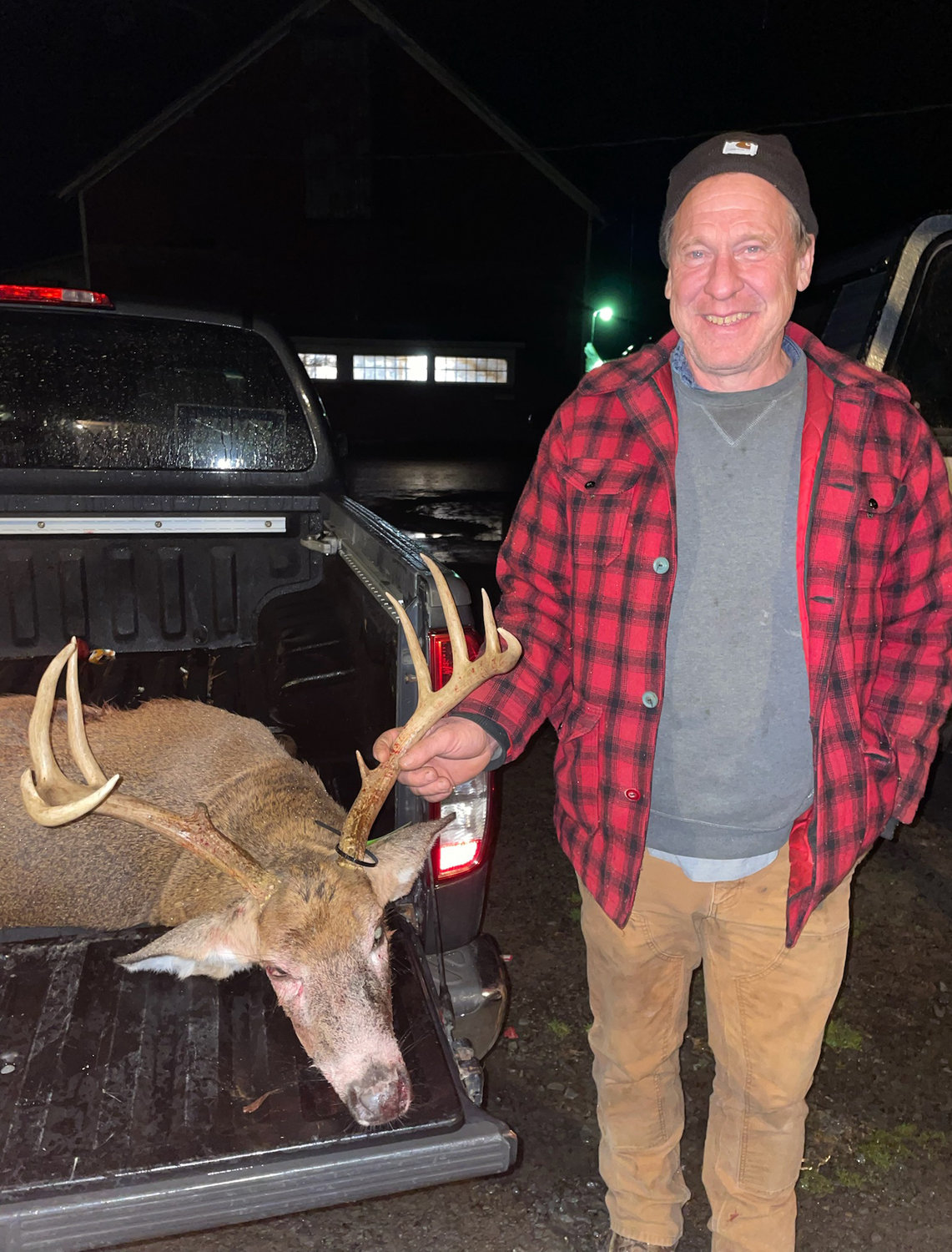 Gary Peters of Callicoon took this beautiful 10-pointer on Sunday, the second day of rifle season, in the Town of Fremont. The buck is the early leader in the 48th Annual Sullivan County Dem­ocrat Big Buck Contest.
Sportsmans Den | Democrat 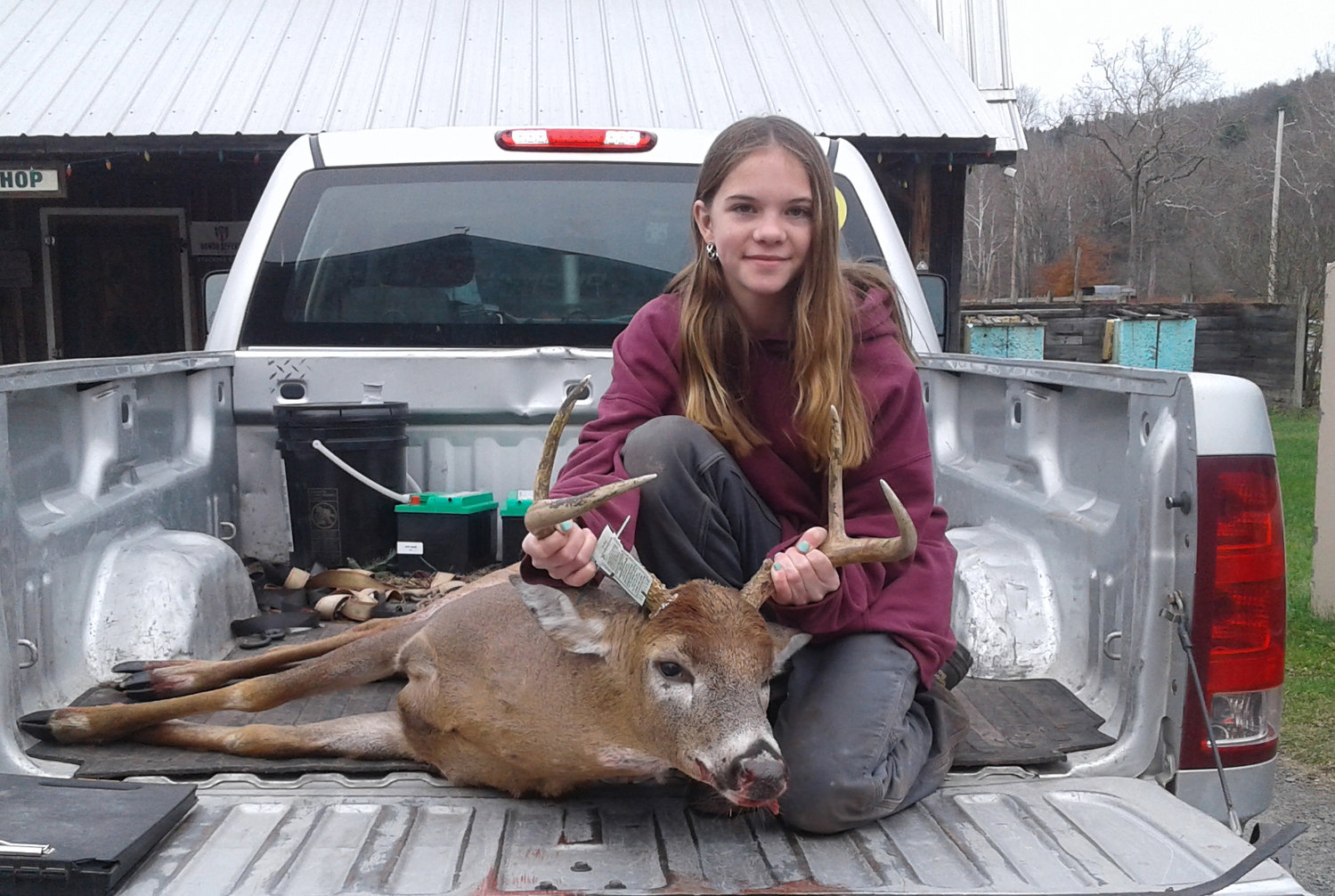 Ashley Diehl, hunting on the family farm in Callicoon, took this buck on November 21. The buck scored 61 in the Democrat Big Buck Contest and dressed at 145 lbs.
Sportsmans Den | Democrat 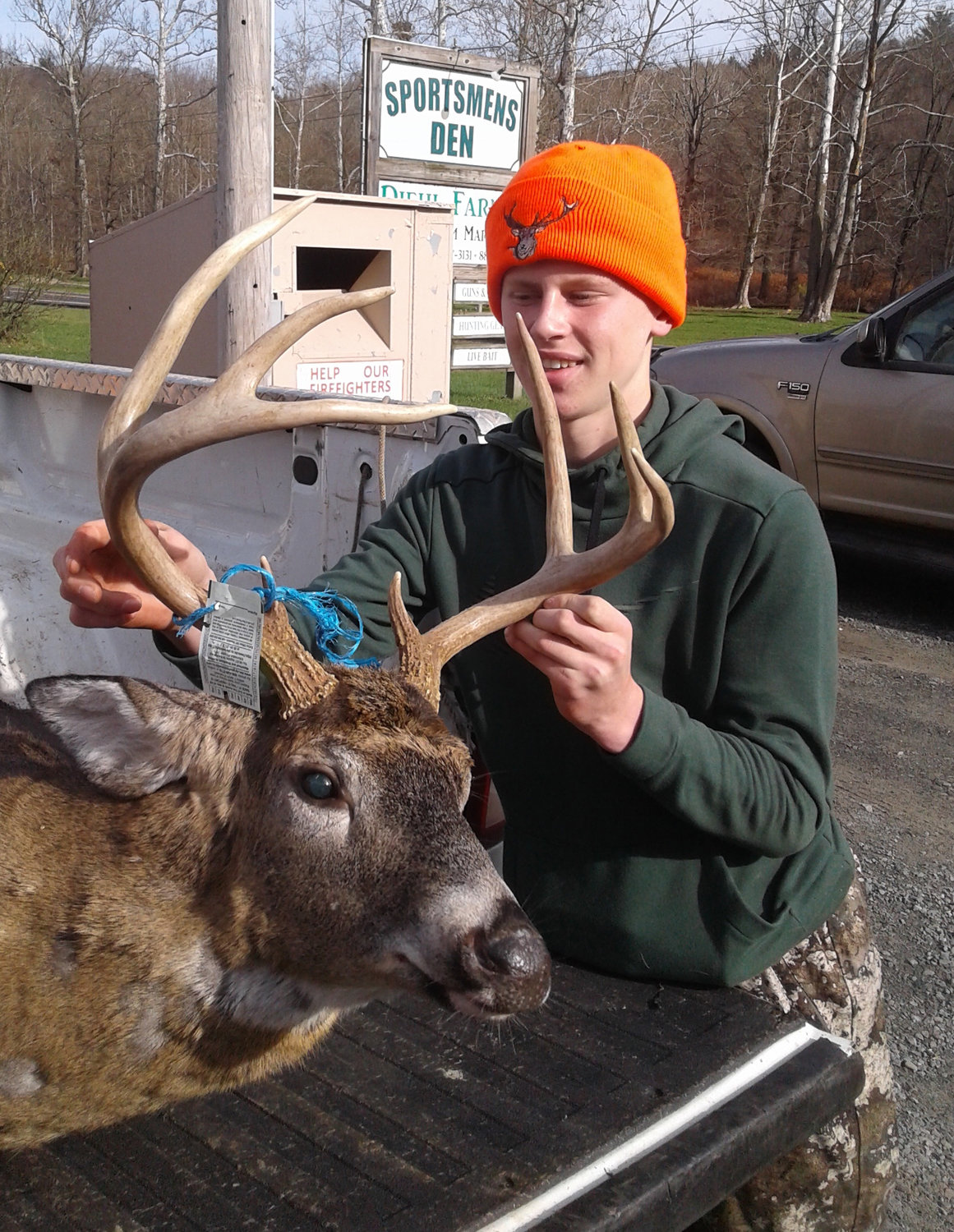 Aiden Johnston of Roscoe, hunting in the Town of Delaware, took this impressive 8-pointer on opening day. The buck scored 65.25 in the Big Buck Contest and dressed at 144 lbs
Sportsmans Den | Democrat 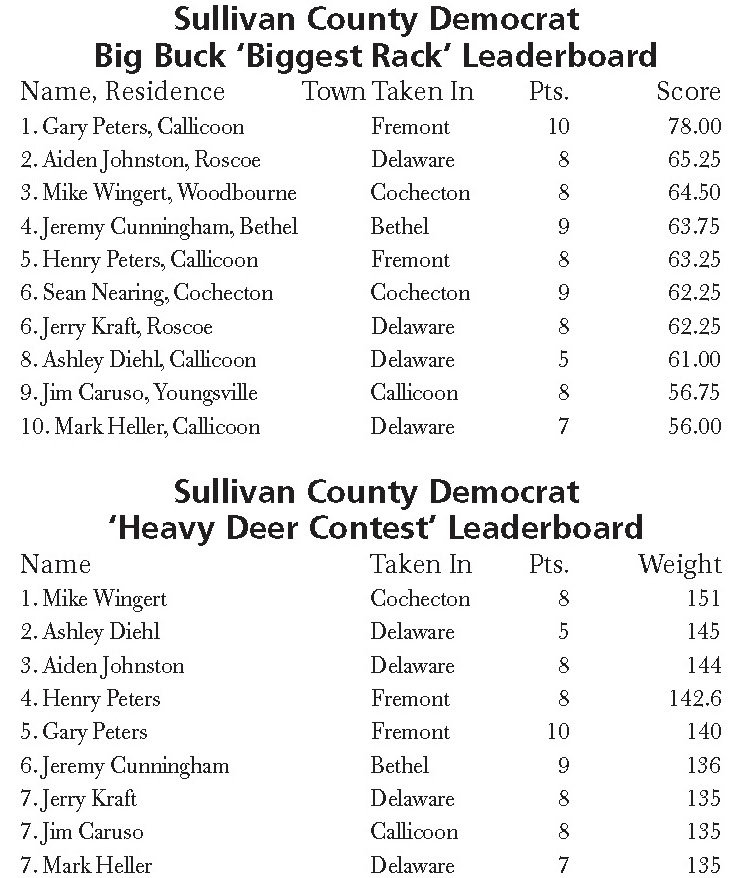 SULLIVAN COUNTY – Gary Peters of Callicoon shot the buck of a lifetime on Sunday, November 21, when he bagged a big 10-pointer while hunting in the Town of Fremont.

Gary’s buck was the only entry that scored in the “70s,” a benchmark for big rack buck in Sullivan County.

However, Gary’s son, Henry Peters, outdid his dad on the weight end, bagging an 8-pointer that dressed at 142.6 lbs. and scored 63.25 in the Democrat’s Big Buck Contest.

That buck was also taken in the Town of Fremont and featured a 17-inch spread with 19.25 and 19-inch main beams.

Mike Wingert of Woodbourne, hunting in the Town of Cochecton, is the current leader in the Democrat’s Heavy Deer Contest, bagging a big 8 pointer which field dressed at 151. Wingert’s buck scored 64.5 in the Democrat Big Buck Contest with a 16-inch spread and 20 and 20.5-inch beams.

Second place in the heavy deer contest is currently held by Ashley Diehl of Callicoon, who was hunting on the family farm when she bagged a beautiful 5-pointer that dressed 145 lbs.