Gil Hodges the legendary player and manager will finally get the honors due him when he is officially inducted in the Baseball Hall of Fame at 1:30 p.m. Sunday July 24, 2022 on the grounds of the … 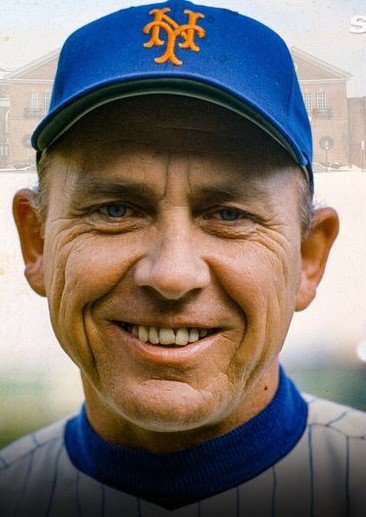 The late-great legendary player and manager Gil Hodges will finally get his day in Cooperstown’s Baseball Hall of Fame following his election to the Hall of Fame on December 5.
Contributed photo
Posted Tuesday, December 14, 2021 7:00 am
Ed Townsend

Gil Hodges the legendary player and manager will finally get the honors due him when he is officially inducted in the Baseball Hall of Fame at 1:30 p.m. Sunday July 24, 2022 on the grounds of the Clark Sports Center in Cooperstown.

On Sunday December 5 Hodges was elected to the Hall of Fame by the Golden Days Eras Committee.

The Golden Days Committee considered players, managers or executives whose primary contributions to the game were between 1950 and 1969.

Hodges received 12 out of 16 votes from the committee, the minimum (75%) required.

According to Cooperstowncred.com, Gil, an 8-time All-Star first baseman for the Brooklyn Dodgers, has been a candidate for enshrinement in Cooperstown since 1969, when he managed the New York Mets to the franchise’s first World Series title.

They described the former Brooklyn Dodgers All-Star first baseman as a “strong and silent” type dating back to his years as a Marine.

Tabbed by sportswriters as a powerful right handed hitter and slick-fielding first baseman Hodges was a member of seven pennant-winning teams.

He ended his playing days in May 1963 after smashing out 370 career home runs which were the 11th most in baseball history and the 2nd most ever for a right-handed hitter from the National League (just behind the great Willie Mays.) He managed the New York Mets from 1968 to 1971.

Cash in hand is worth more than you’d think