When a firefighter or police officer is killed protecting us…who will take care of their family?Frank Siller, chairman/CEO of the Tunnel to Towers Foundation lost his brother Stephen on … 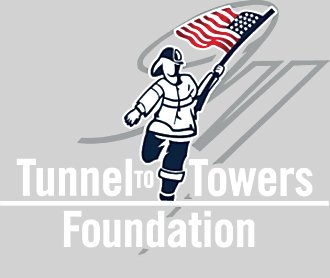 When a firefighter or police officer is killed protecting us…who will take care of their family?
Frank Siller, chairman/CEO of the Tunnel to Towers Foundation lost his brother Stephen on 9/11.
Stephen Siller didn’t think twice that day…he gave his life to save others.
The Tunnel to Towers Foundation was founded by Frank to honor Stephen’s sacrifice on that fateful day in September.
“Since that time, I’ve been inspired by the tens of thousands of people who have joined us to show our heroes…and the loved ones they’ve left behind,” Frank Siller noted in a personal letter requesting funding.
Frank strongly noted in his letter, “they’re people who are so grateful for the immense, life altering sacrifices our veterans make…and whose hearts break for the families of fallen first responders, but, together through the Tunnel to Towers Foundation we are turning their lives into hope.”
Frank reminds us through his letter that funds going to the foundation help, “catastrophically injured firemen, veterans and first responders to reclaim their independence through mortgage-free, custom smart homes, with adaptive features designed for their specific injuries.”
“When a firefighter or police officer is killed protecting us, the Foundation will help take care of their family,” Frank Siller added.
Any gift will help change the lives of our first responders, police and veterans.
Franks thanks all, “for turning heartbreak into hope.”
Donations can be made to the Tunnel To Towers, P.O. Box 70719, Philadelphia, Pa. 19176-0719.
Additional information may be obtained at http://tunnel2towers.org.

Sorry to mother you