Fishing conditions have improved, as our area rivers and streams received a welcome addition of water thanks to heavy rainfalls over the past several days. Previously, water levels had been below … 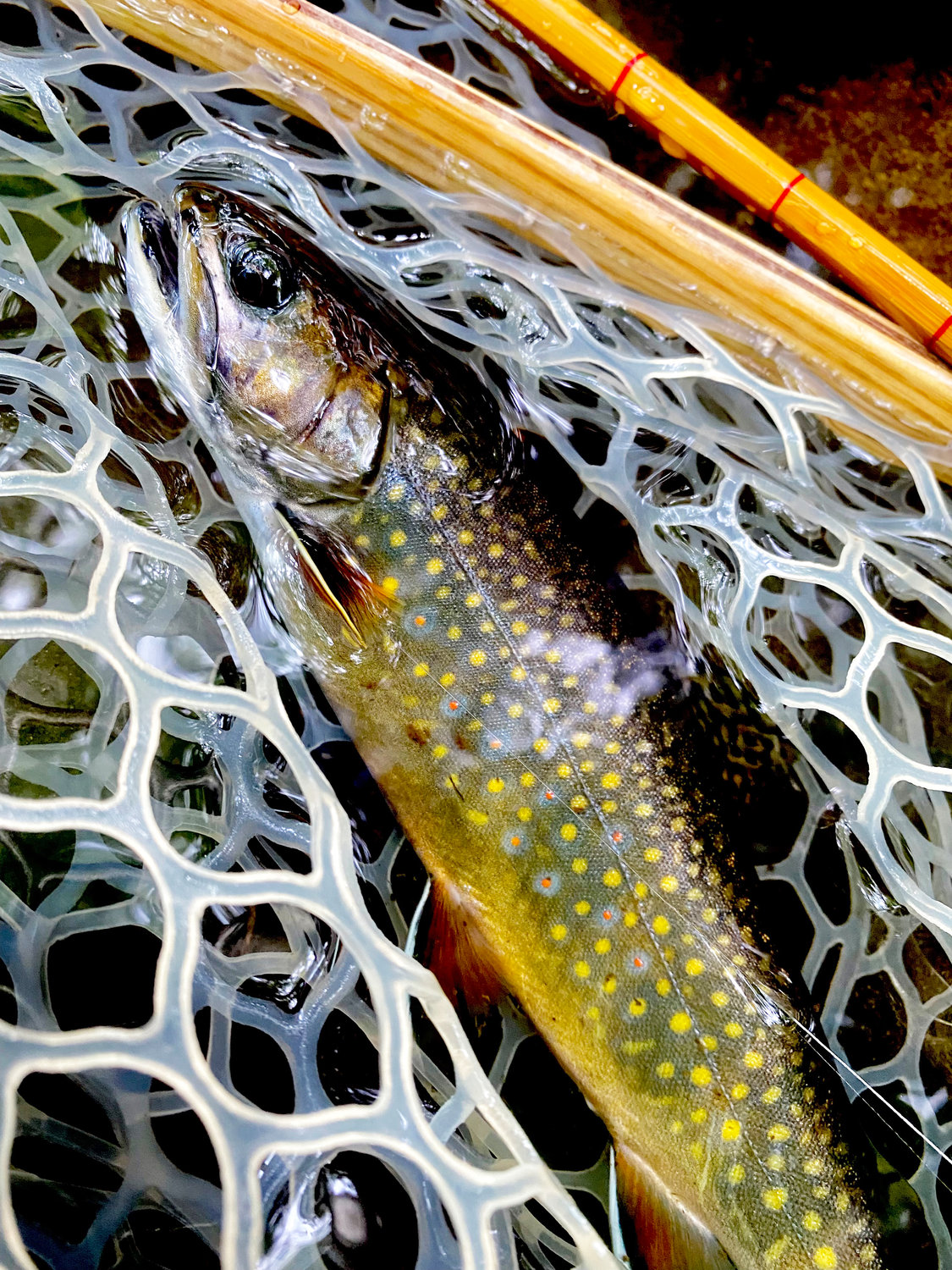 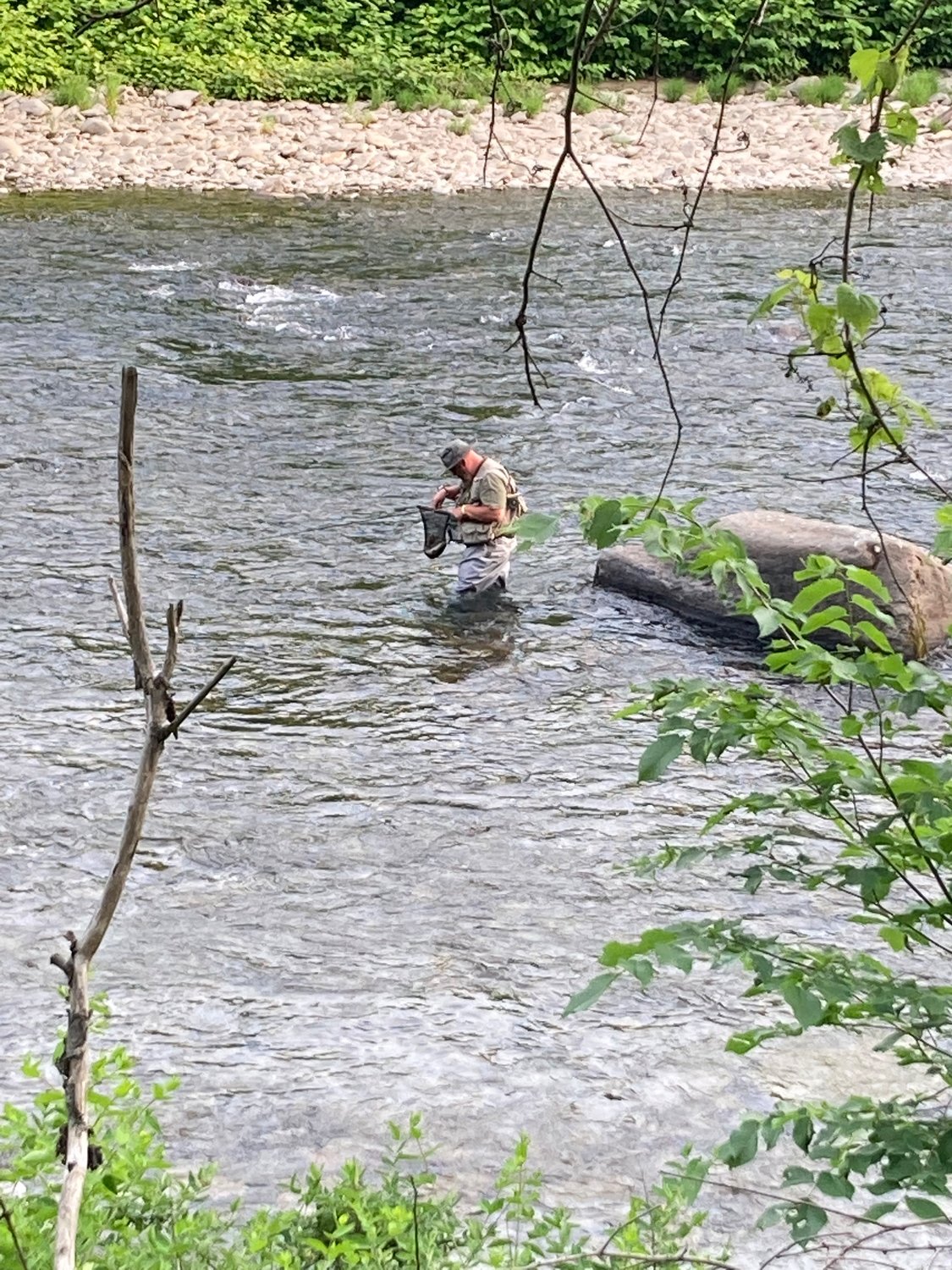 Fishing conditions have improved, as our area rivers and streams received a welcome addition of water thanks to heavy rainfalls over the past several days. Previously, water levels had been below average for weeks, since the blossoming of the foliage and ‘greening up’ of the countryside, but thankfully by last Thursday had risen, bringing the Beaverkill at Cooks Falls up to about 2000 cubic feet per second, well above the average flow for that date of 300 cfs over 107 years of record-keeping. As of Monday morning, June 13, the Beaverkill at Cooks Falls registered 477 cubic feet per second, which was also above the median average flow of 296 cubic feet per second.

Reports of some good fishing have come in as of late. “Catskill John” Bonasera reported on “a great little outing” on his favorite stream, a tributary of the Delaware. He observed some flies hatching, mostly Yellow Sallies (small stoneflies) and a couple of Lime-colored ones, as well as two huge March Browns that lifted off right in front of him. The water temperature was 58 degrees Fahrenheit, and John said it had rained two times during the hour he was there, but he took rain breaks and only fished while it was not raining.

He found the brook trout to be very plentiful in the area he was fishing, though smaller than those found downstream. Although most were in the four-to-six-inch range, he managed to catch and land one that was seven inches - but only that one.

John described how he fishes “small water” such as where he was that day, which can be daunting for those who are more accustomed to fishing larger open water such as the lower Willowemoc, Beaverkill and East or West branches of the Delaware, stating that he doesn’t “set the hook.” He detailed how he lifts it somewhat briskly, and if he feels some weight or resistance, he tugs the line to set. “The chance of launching one overhead is too good to be setting (the hook) in the normal way. Most times they fall off after a very brief dance-around, and I’m happy about that.” As far as numbers of trout reported on that particular outing, he had at least 15 take the fly in less than an hour of fishing and was satisfied that at least in this tributary it was an indication of a healthy population of trout.

He adds that he only carries a small assortment of dry flies to this particular place; on that day he used a Pink Lady Bivisible for the entire time he was fishing, and ended his report by stating “As you know, it doesn’t matter what fly (you use) on those streams, so I chose one that is old and makes me feel good inside.”

And although the streams have not been stocked as they have in the past, there still is the thrill of catching a lively trout, in some instances a wild fish, and the enjoyment of spending a morning, afternoon or evening in our crystal-clear Catskill waters and experiencing all the sights and sounds and wonders of nature around us. It’s a perfect time to go out and fish!